Lately, it seems that those choose your own adventure books we grew up with, the ones that had us holding our thumbs between pages while we checked every possible subplot, are finding their way back into the spotlight. With Ryan North’s illustrated, Shakespeare-themed adventure books blazing a new path, the world seems ready to embrace those branching storylines once again, and the board gaming world is no exception. Interactive narratives have been a part of tabletop RPGs for decades, but recently we’ve seen quite a few new board games that present players with meaningful, story-driven choices that elevate games beyond their mechanics. With that said, here are three great tabletop games that’ll have you playing over and over again, trying to get the best ending once and for all.

Dead of Winter: The Long Night 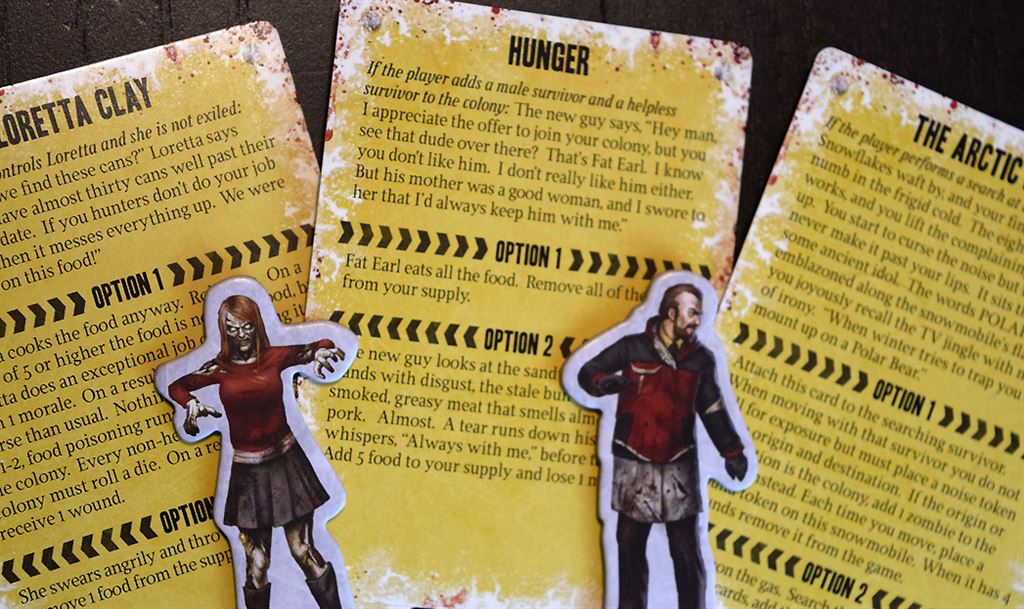 Dead of Winter caused quite a stir when it was released back in 2014. Showcasing the best feature of any good zombie story (it’s about the people, not the zombies), DoW had everyone second guessing their friends while trying to stay alive and achieve their own goals in the meantime. While the gameplay itself set up a wonderful narrative, the juiciest decisions were found in the Crossroads cards. Every turn a card is drawn that may or may not come into play. If it does, the players are treated to a quick vignette, often leading to a choice the player has to make, and like the rest of the game, these choices aren’t easy.

Dead of Winter: The Long Night is a standalone expansion, adding tons of new mechanics, survivors, items, and of course, new Crossroads cards. Introducing the mysterious and vaguely sinister Raxxon Corporation into the world, The Long Night’s stories pack even more intrigue, danger, and opportunity into the mix. You don’t have to own the original game to buy The Long Night, but there is reason to get both. A new expansion: Warring Colonies will pit teams of survivors against each other for the biggest showdown yet. 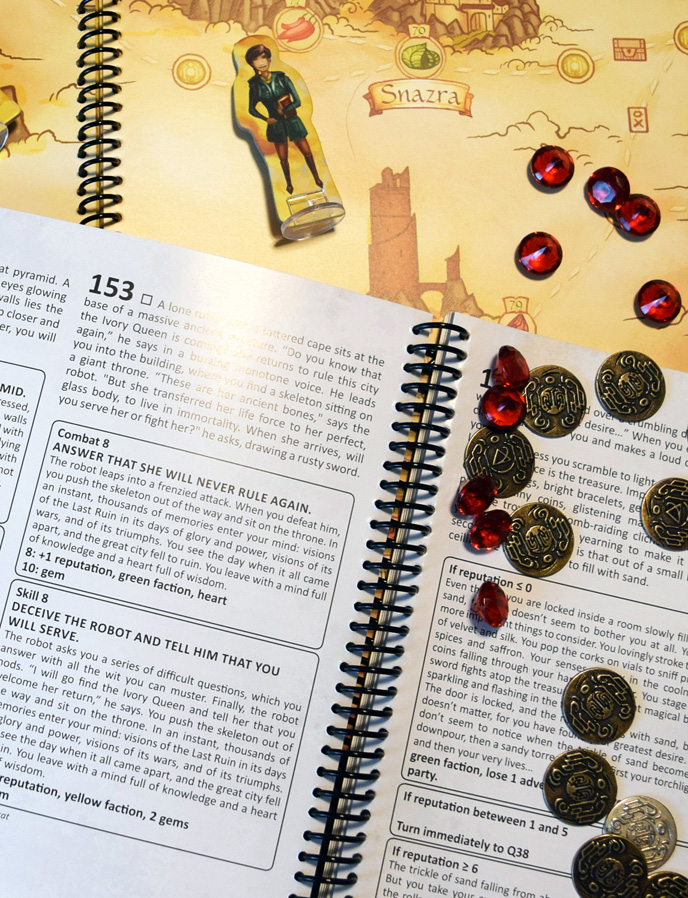 Up next is another game that builds on the success of a previous title, but where The Long Night stands alongside Dead of Winter, Near and Far is a completely new game. While it’s predecessor, Above and Below, had you building a village and dipping your toe into the waters of exploration, in Near and Far the village has become a city and it’s time to venture out into the great big world around you. You and up to three others are searching for the Lost Ruin and over the course of ten sessions you’ll travel to new locations with all new game maps  and tell the story of your search together.

During each game you’ll split your time between two main things: preparing for your expeditions by buying supplies and hiring allies, and going on adventures. Like in Above and Below each player will experience several scenarios from a massive adventure book, each with choices and consequences, and these are where the real flavor of the game reside. Near and Far paints its world beautifully with whimsical encounters, imaginative characters, and just enough danger to keep you on your toes. 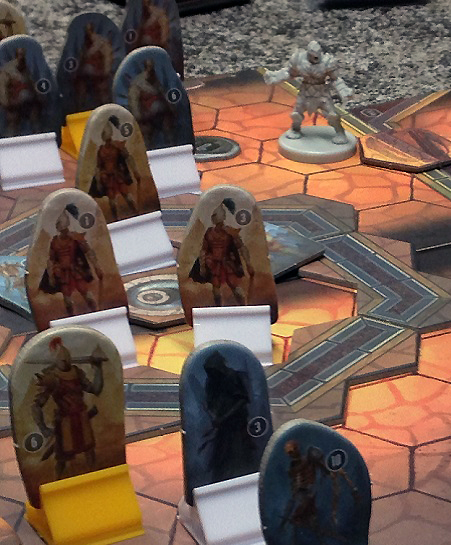 When was the last time you played a game that gave you a few starting bits of information and equipment and just said “go”? In Gloomhaven, you’ll get a character with unique abilities, a little gold, a personal quest, and after a brief tutorial-style mission, you and your friends get to take the reins. You’ll look at your map of locations, more of which becoming available to you all the time, and just pick where you want to go. You’ll level up your characters, the party you’re in, and even the city you come from in the process. All the while the game is expanding outward, giving you more and more to choose from.

Many games have tried to emulate the feeling of taking part in an epic RPG campaign, with dungeon crawls and vast storylines, Descent and Mice and Mystics do a great job with each of these elements respectively. What Gloomhaven brings to the table that you don’t find anywhere else is player agency. Not only do you have an excellent and inventive combat system, not only do you have pages and pages of narrative, you also get to make meaningful choices within the game. And in the tradition of Legacy games like SeaFall and Pandemic Legacy every action you take will have lasting consequences, often changing the very components of the game itself.

Have a favorite choosable adventure board game? Let us know in the comments! And be sure to tune into Game the Game on G&S Live every Friday from 4:00 pm – 6:30 pm where Ivan Van Norman and Becca Scott break out some of the best board games the industry has to offer, with new guests each week!

TAGGED: Above and Below, Near and Far, RPG in a box, thumbs, gloomhaven, Choose Your Own Adventure, Board Games, Tabletop Games, the long night, dead of winter