Why We Love These 3 Tabletop Games' Patches - Nerdist

Why We Love These 3 Tabletop Games’ Patches

With video games, the “patch” has become commonplace. After a game makes it out into the wild, the developers see unintended issues and release downloadable fixes to make the game better. Although the “patch” is most home in the digital realm, it’s not unknown for board games to have issues ironed out after launch. And we’re talking about major changes – not just errata or minor card text alterations. Here are three games made even better by the patching process. 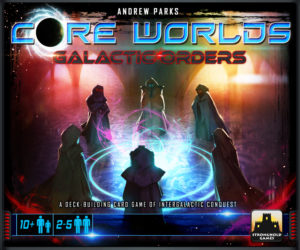 At launch, in its original incarnation, Core Worlds quickly became my absolute favorite deck-builder. High competition, strong resource management, and the deck-building aspect felt like part of a greater whole rather than the main focus of the game. But players quickly found an unintended strategy. You see, the game allows you to play cards to your Warzone – effectively removing them from your deck. By doing so, you can get a super thin deck, skip the initial offerings, and jump right into the good stuff a few turns down the road.

So, the first expansion, Galactic Orders, addressed this. And did so in the best way possible. It didn’t remove that strategy or its effectiveness at all. If you liked playing Core Worlds that way, you still could. Instead, it added new incentives for acting differently. You could draw an extra card if you have more worlds than units in your Warzone. And it offered new ways to thin your deck by getting cards out entirely.

The result is that other strategies were simply brought in line with the unintended deploy-everything-and-keep-your-deck-thin gambit. It’s a fantastic patch that lets players use favorite methods but keeps traditional approaches on par in effectiveness. 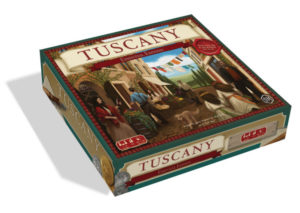 Viticulture has gone through a lot of iterations. There’s a first edition, a second edition, and an essential edition. Plus an expansion, Tuscany, that does a good job of updating first editions. And that updating is where the patches are included.

In the original version, there was always a tight glut around selling wine toward the end-game. Players had enough cash and were trying to get victory points. But there are fewer spaces than players and so some are just going to be left out. While careful planning could avoid this, sometimes it felt like turn order was the most important aspect of the game.

Enter the expansion which adds in the Grande Meeple patch. Each player gets a Grande dude as a starting worker. He can go on any space on the game, even if it is already clogged up with other players. As a result, if there is one critical action for you, you’ll be able to take it. Still, you only get one of those super guys, so you have to plan carefully. But it definitely makes the game flow better and even allows some wiggle room for errors in play. 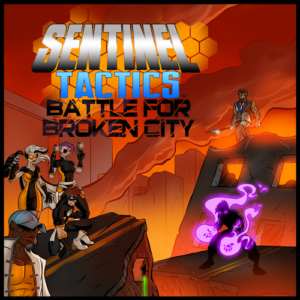 Sentinels of the Multiverse is, hands down, the best cooperative game out there. Seriously. The designers took that property and created a tactical miniatures game using the most iconic characters and villains. The result: Sentinel Tactics.

Sentinel Tactics allows you to play some of the best heroes and villains. It includes a story mode where the players go through pages of the comics to recreate canon encounters. As well as a skirmish mode where it’s a 3v3 brawl. While the game is enjoyable, it had a few issues and never really took off in a competitive way that the publisher was hoping for.

Rather than abandon an amazing idea, the publisher announced that it would be retooling the concept and essentially patching the game. Details haven’t been released, but it promises to not only invigorate the system, but add upgrades to the previously released game so that it will be compatible with the new system. Hopes are high for the forthcoming patch.

Have you looked for errata or changes to favorite board games? Tell us about it in the comments.