You really, really have to hand it to 2K; Each of the Bioshock games have successfully blurred the lines of horror, sci-fi, and action adventure, all with a hefty dose of moral ambiguity. With three games in nine years (and a good handful of DLCs), the developer’s dedication to storytelling and craft have deservedly won over legions of fans. To dovetail with the franchise’s anniversary earlier this summer, the publisher held a contest allowing fans to submit designs for their own special brand of Vigor, with the reward of one lucky person having their design realized. For those uninitiated with Bioshock: Infinite, Vigors are a buff that provide the protagonist with a host of super powers, though not without taxing the user’s body. Hallucinations and physical changes are but a small price to pay to hurl fire at your enemies though, wouldn’t you say?

The response on 2K’s Official Bioshock Facebook Page was voluminous, offering suggestions of everything from the ability to throw black holes, place nefarious traps, and many many more abilities that beggar belief. One thing you can’t deny about Bioshock fans: they’re a crafty and imaginative sort. 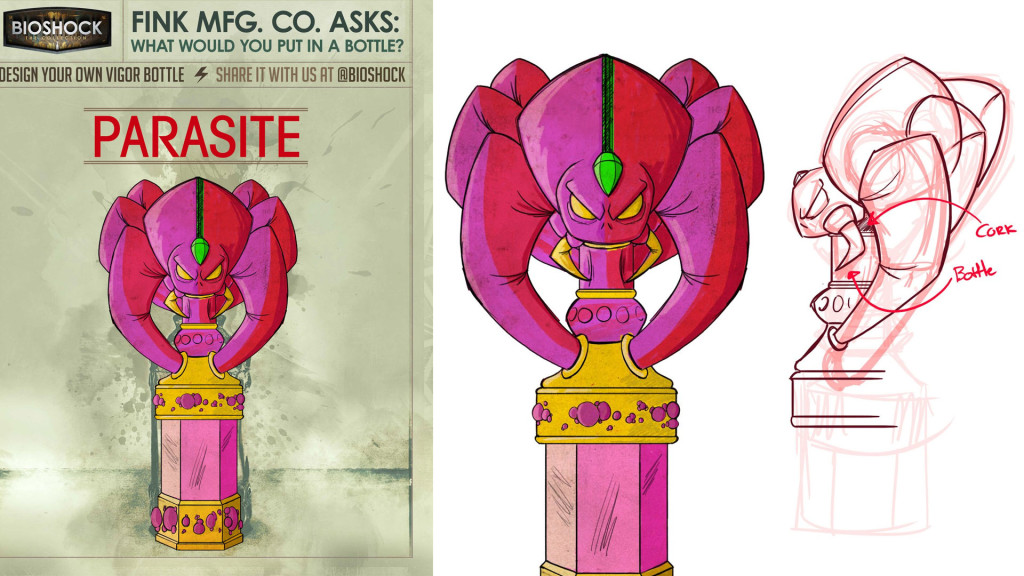 Fan Ernesto Moreno‘s “Parasite” Vigor stood out amongst the rest, and the 2K Asset Designer Jason Babler brought this one-of-a-kind bottle to life! Check out the finished product below, which is also featured prominently on Jason’s Twitter feed. 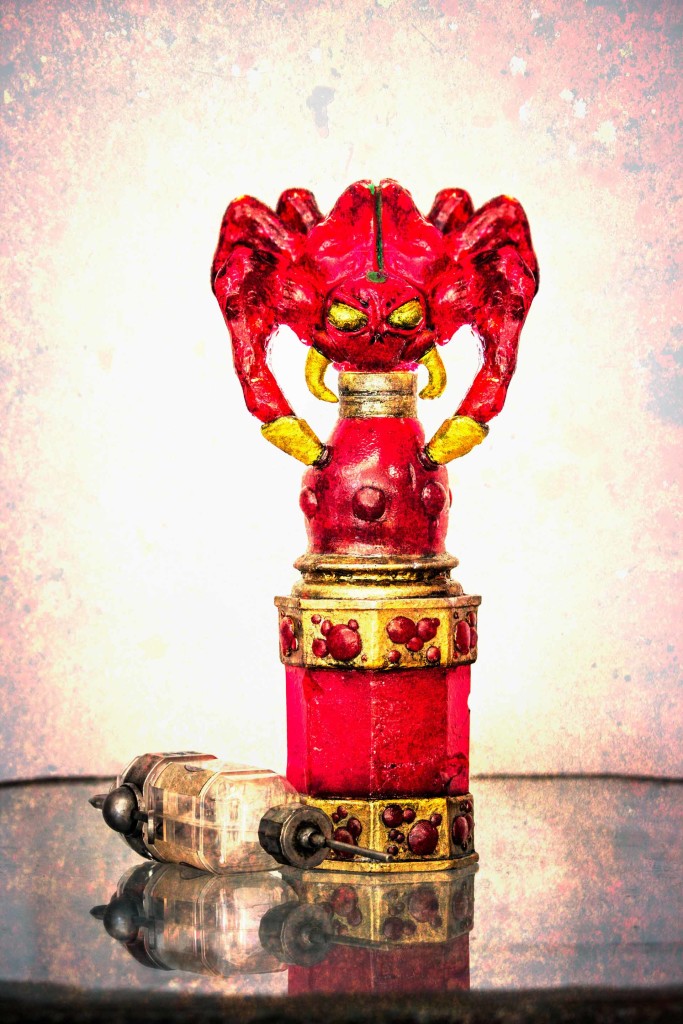 Kudos to both 2K for reaching out and celebrating its fan base so amazingly, and to Ernesto for taking that ball and running with it. You can find step-by-step photos of Jason’s process on the 2K blog.

What powers would you want in a bottle? Would you kindly tell us in the links below?