While vampire stories find their roots in gothic literature, and early vampire films are mostly calibrated as horror, modern vampire stories can be found in a myriad of genres. You’ll also find that vampire films tend to be highly eroticized, and thus often filled with a great deal of male gaze. With this in mind, I present twelve vampire films from a variety of different genres, each directed by a woman. The male gaze is gone, but the eroticism remains mostly intact! (For more of Nerdist Vampire Week, click here!) 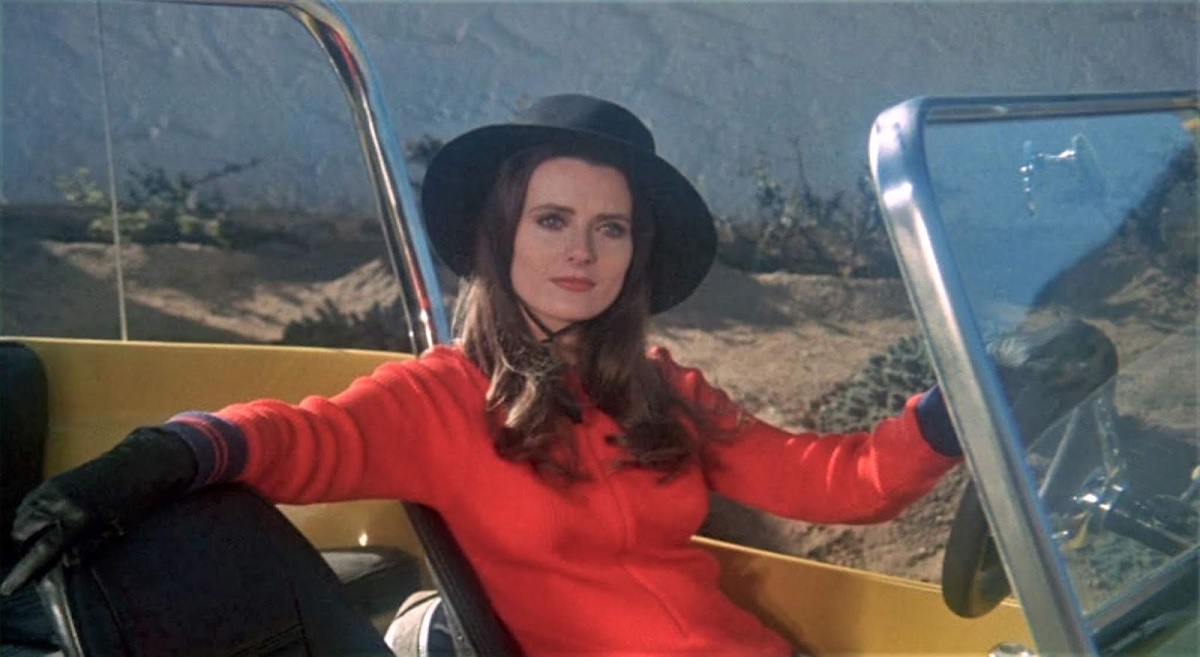 As the title suggests, this is about a vampire who wears a lot of luxurious velvet. Celeste Yarnall stars as the titular vampire, real name Diane LeFanu – a nod to Sheridan Le Fanu, writer of Carmilla, a stylish desert dwelling vampire who seduces a husband and wife in her secluded estate somewhere in Mojave Desert. 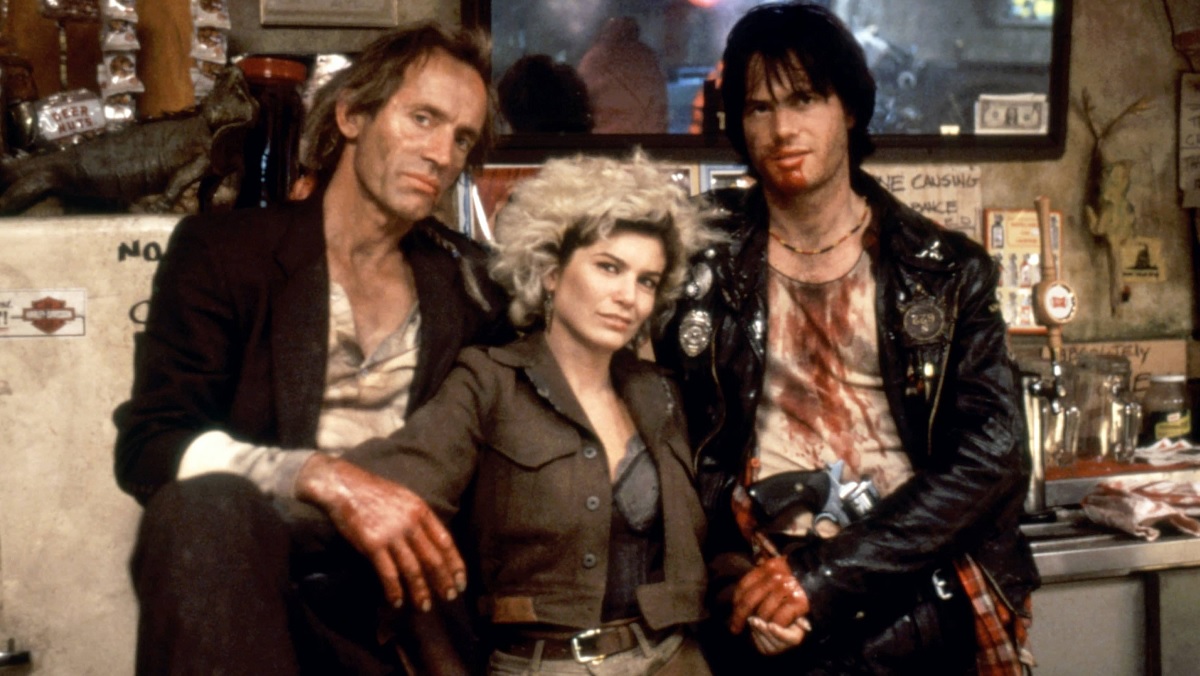 Oscar-winner Kathryn Bigelow made her solo directorial debut with another desert-set vampire film. Adrian Pasdar stars as a hapless young man who is seduced by a drifter named Mae (Jenny Wright) and then finds himself entangled with a group of merciless vampires led by Lance Henriksen. Bill Paxton runs away with this film as a hip blood-thirsty member of the gang named Severen.

Like Stephanie Rothman, Katt Shea broke into the industry making low budget films for Roger Corman. Many of her early films involve exotic dancers, including this moody gem. Starr Andreeff plays a desperate dancer named Jodi who’s life is falling apart when she meets a vampire (Cyril O’Reilly) who mainly stalks people who are likely to commit suicide. The two lost souls form an unlikely friendship. Also of note, this film features three people on the camera crew who would later become Academy Award nominees or winners: Phedon Papamichael (The Trial of the Chicago 7),  Janusz Kaminski (Saving Private Ryan), and Mauro Fiore (Avatar). 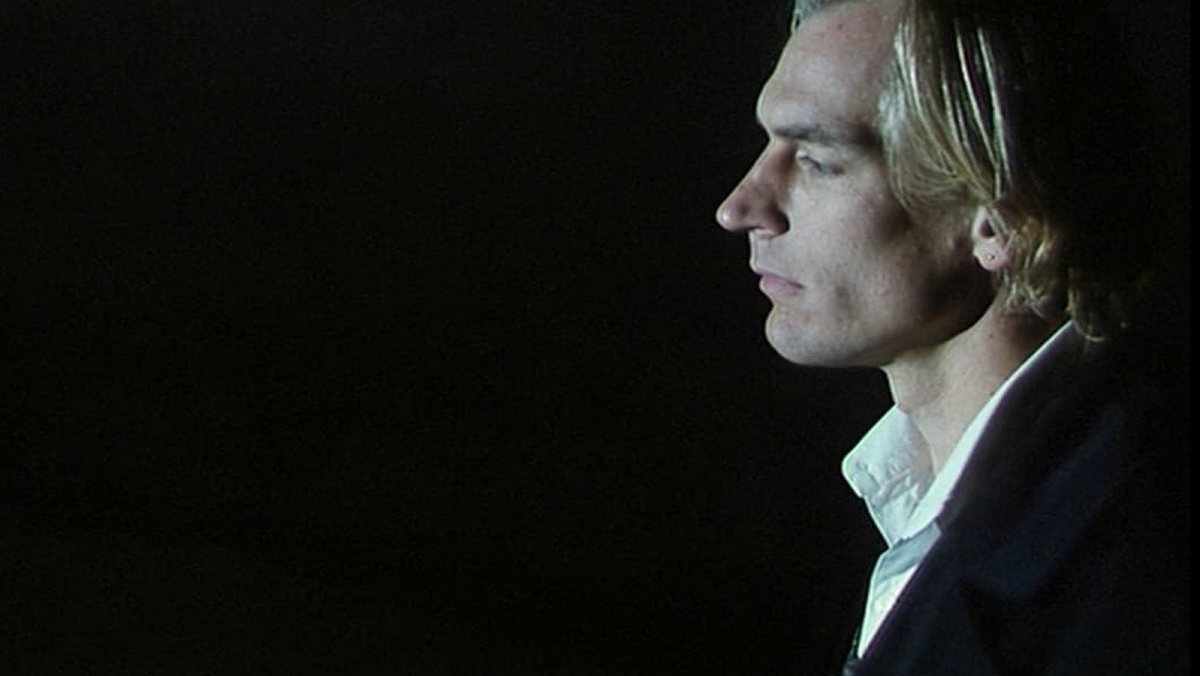 For those who like their vampire films a little more somber, this is the film for you. Inspired by Edgar Allan Poe, Julian Sands plays Alex, a vampire who spends most of his time in a dusty research library. Enter librarian Anne (Suzanna Hamilton), who reminds him of his long-lost love Virginia. Trouble arises for these star-crossed lovers when a mysterious man named Edgar (Kenneth Cranham) begins stalking them. 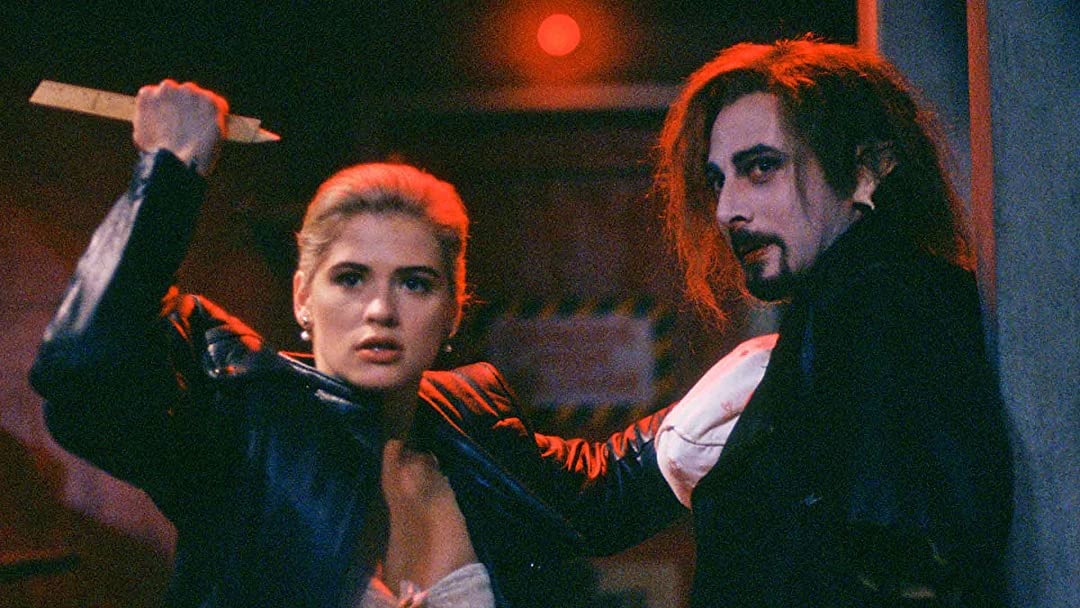 The first film funded by Canadian Film Centre, the film follows Boya (Gordon Currie), a vampire awakened from a 25-year nap by an errant golf ball. In search of familiar haunts he finds himself at an all-night donut shop, where he becomes entangled in the lives of the shop’s sarcastic waitress (Helene Clarkson), a cab driver (Justin Louis) who is mixed-up with an unnamed crime boss (David Cronenberg) and his ex-girlfriend (Fiona Reid) who’s been pining after him for the last few decades. 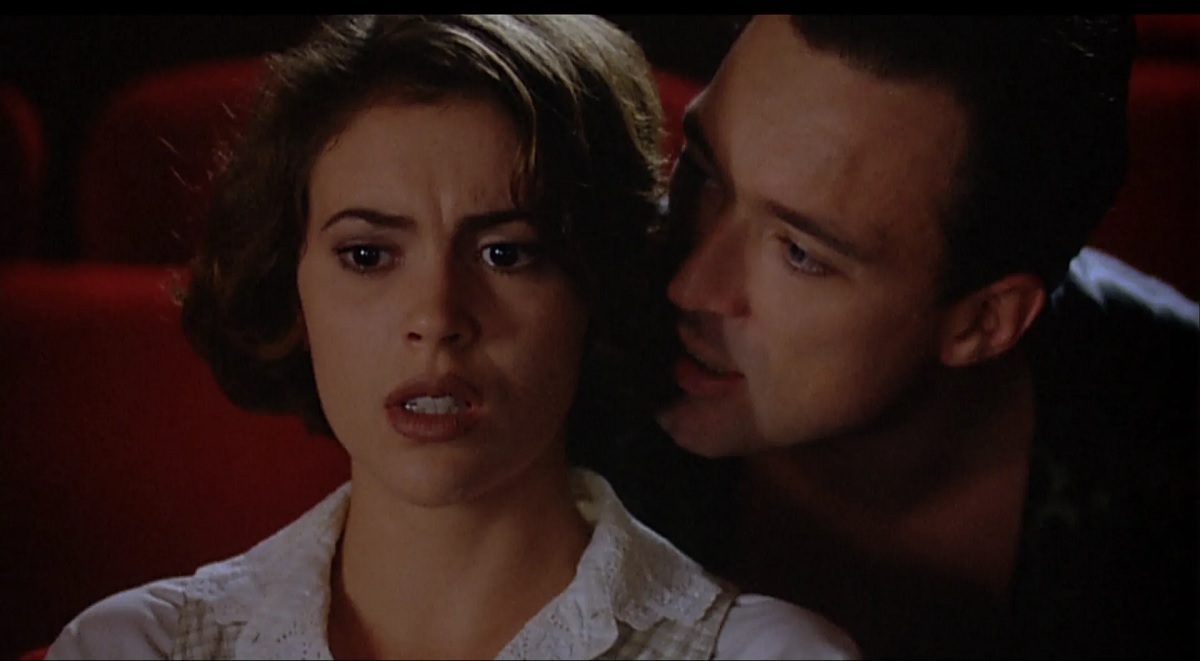 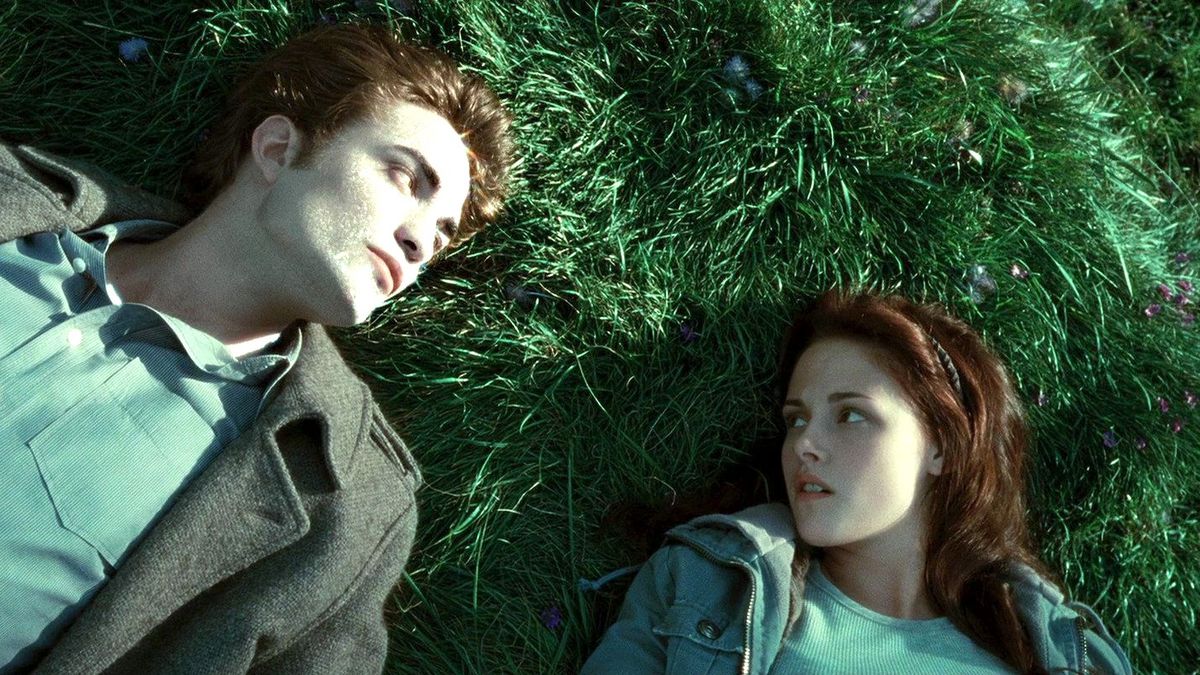 Love it or hate it, Twilight was a PHENOMENON. Launching the careers of stars Kristen Stewart and Robert Pattison, Hardwicke’s tween drama is the blueprint for a decade of female-led YA adaptations. Stewart plays awkward teen Bella Swan, who falls hard for vampire Edward Cullen, who is both a vegetarian (aka only sucks the blood of animals) and a virgin – both plot points important to the Twilight mythos. You can watch this as a standalone film, but to get the whole story you’re looking at committing to a delightfully cheesy five-film franchise. 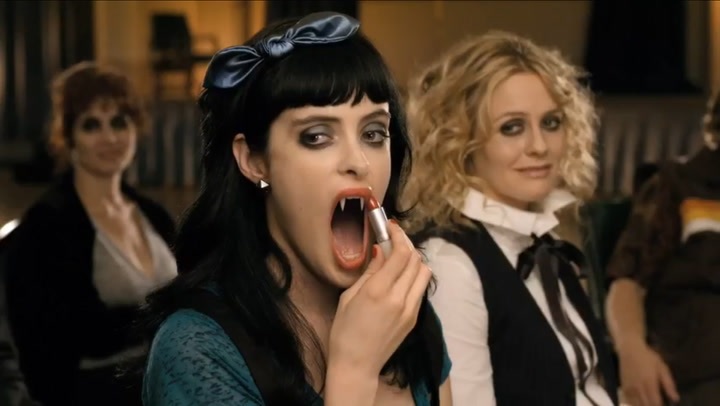 Marketed as a Sex and the City but make it vampires, this film is actually a commentary on how Homeland Security used the Patriot Act to impede the rights of U.S. Citizens. Yes, you read that right. Vampire roommates Goody (Alicia Silverstone) and Stacy (Krysten Ritter) spend their nights taking college classes, working as exterminators, and drinking the blood of rats with straws. When Stacy falls in love with a human (Dan Stevens), the two must figure out what to do about their blood-thirsty stem Ciccerus (a bonkers Sigourney Weaver). The supporting cast is stacked with great character actors including Richard Lewis, Wallace Shawn, Malcolm McDowell, Justin Kirk, Larry Willmore, and Gael García Bernal. 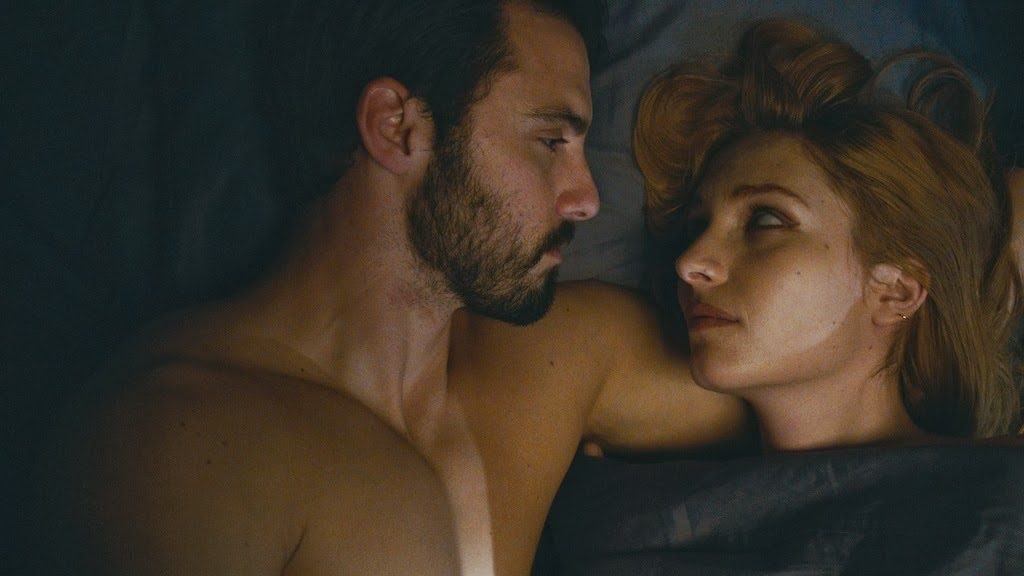 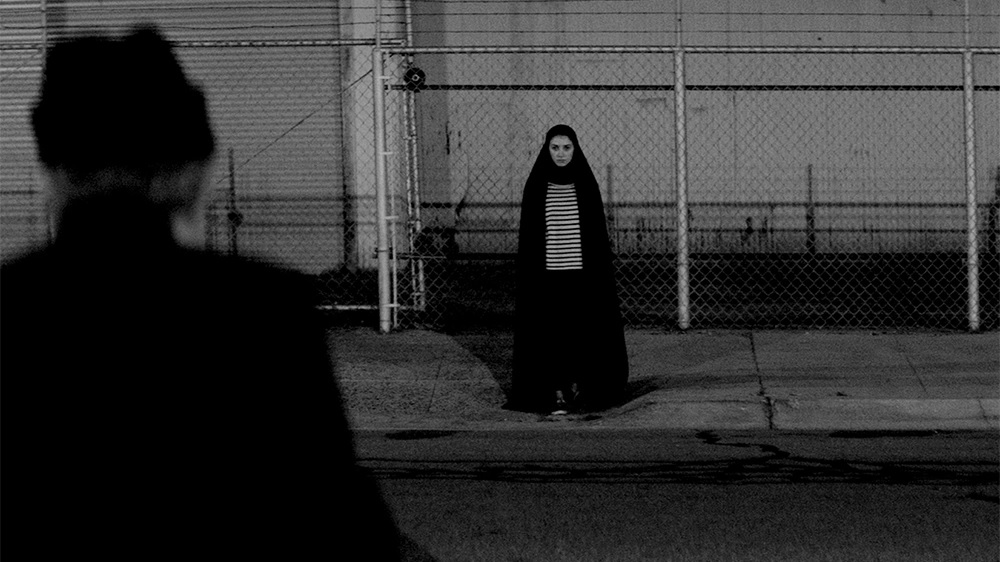 Billed as the first first Iranian vampire Western, Amirpour’s directorial debut was a hit at the 2014 Sundance Film Festival. Set in an Iranian ghost-town called Bad City, a nameless vampire (Sheila Vand) spends her time hanging out with her cat, skateboarding, listening to records, and killing bad men. Things change when she begins to fall for a young man dressed (Arash Marandi) as Dracula. 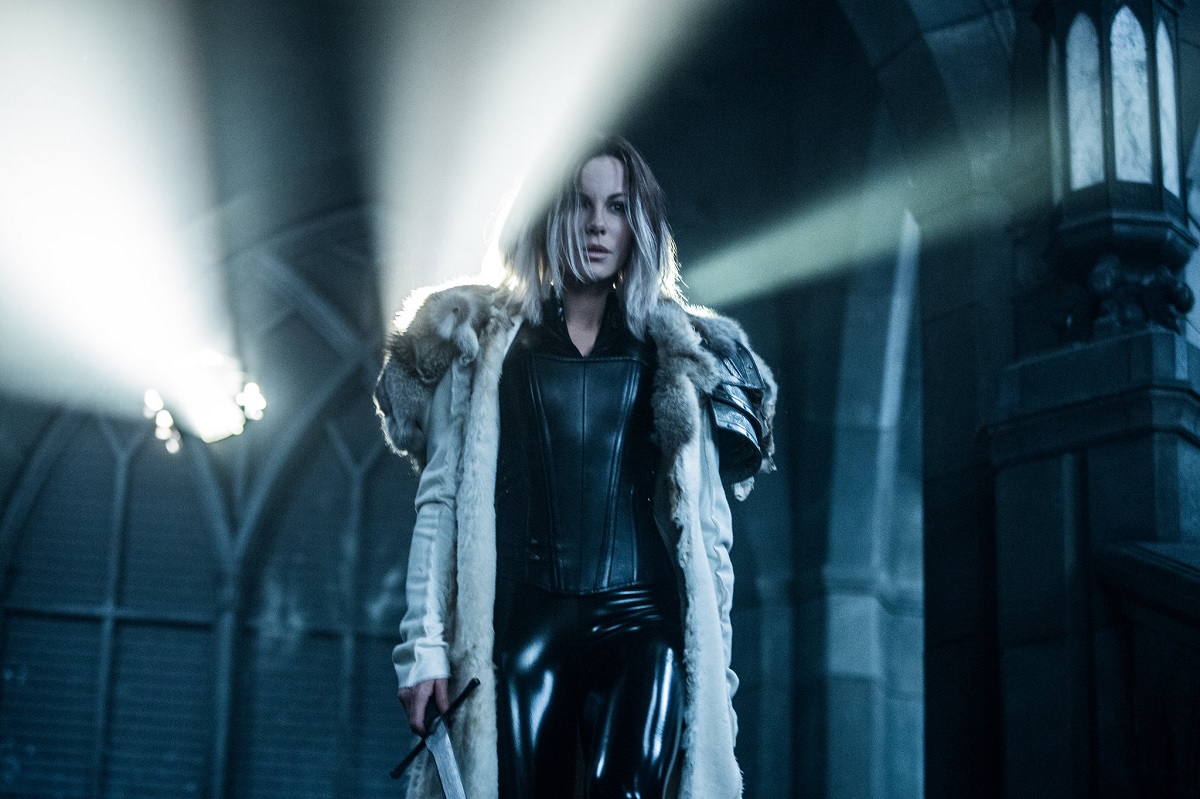 The fifth film in the Underworld franchise, Foerster’s film finds Kate Beckinsale’s Selene in hiding from both the vampires and the Lycans (werewolves), both of which have nefarious purposes in mind for her blood. You can feel  Foerster’s touch as this is the only film in the series where the women join up together to fight the shitty men who keep making everything a mess. Also at one point Beckinsale literally rips a man’s spine out. Rips. It. Out. It’s glorious.