Spending holidays with family isn’t always an ideal vacation, but if anything can make a gathering better, it’s couch co-op games that get everyone involved. If you’re looking for some good gaming for the whole family, but want to experiment beyond classics likeÂ Smash, Mario Kart,Â orÂ Just Dance, then we’ve compiled this list just for you. 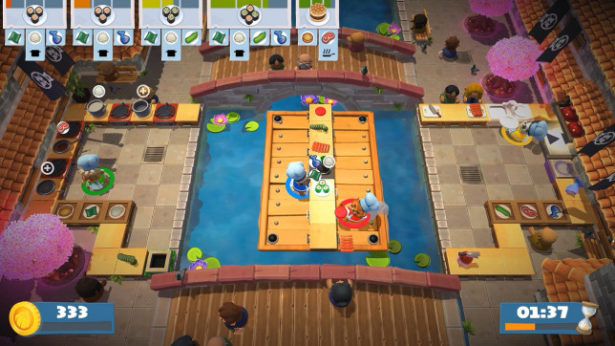 Overcooked,Â or its equally awesome sequel, are full of fast-paced hilarity and cooking chaos. You and your friends play as chefs in a kitchen, working to complete tasks such as chopping vegetables or boiling broth in order to complete your meal. The only caveat is that the kitchen might be, for instance, on a pirate ship or split in half between the beds of two trucks barreling down a highway.Â (Available for Windows, PS4, Xbox One, and Switch) 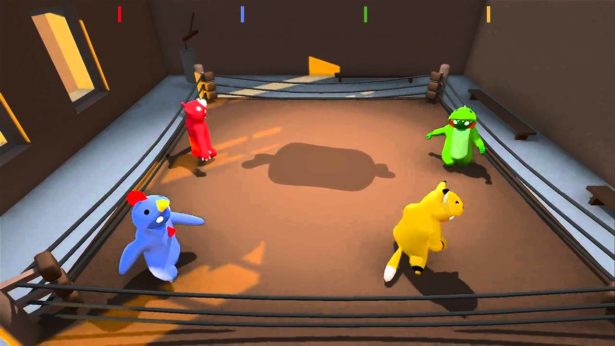 Set in the fictional metropolis of Beef City,Â Gang Beasts pits you and three of your friends against each other in a beat ’em up brawl, where your goal is to throw the other players into or from one of the game’s many environmental hazards like cliff or shredders. Last person standing wins. (Available forWindows, macOS, Linux, and PS4) 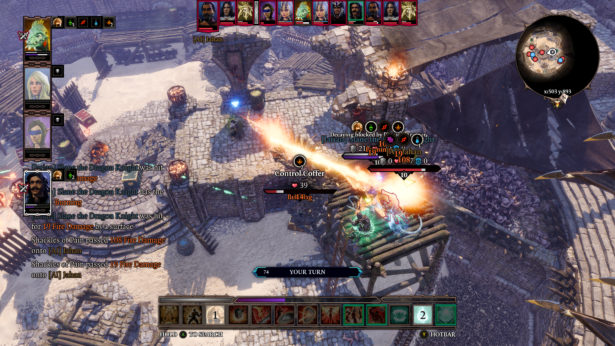 Maybe you want to take a break from the classic couch co-op by diving into the more traditional fantasy RPGÂ Divinity: Original Sin II. Assemble a party of four and explore the vast world, level up your skills, and fight some epic battles. You can also try your hand at the competitive multiplayer mode, where players are divided into two teams to fight in an arena map. (Available for Windows, macOS, Xbox One, and PS4) 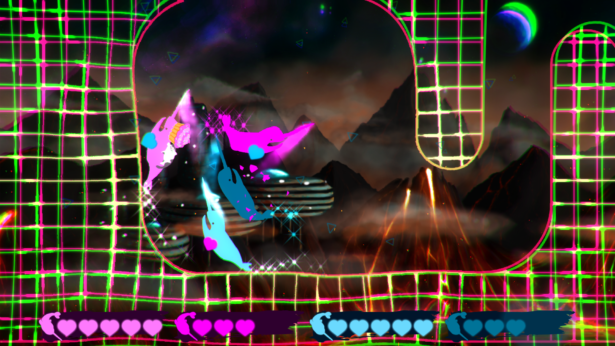 In this bright and colorful indie game, you and three friends play as narwhals who glide, flip, and drift through the game’s various maps. The goal? Stab all of your opponents’ hearts with your horn before they get yours. Simple, yet endlessly entertaining. (Available for PS4, PS3, Xbox One, Windows, and WiiU) 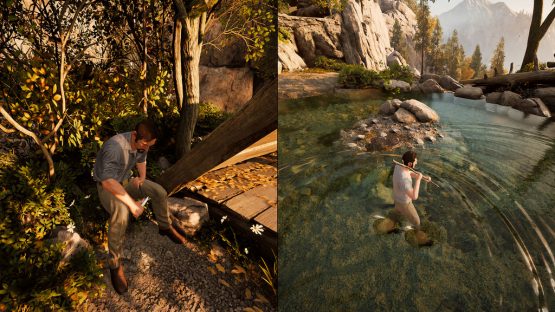 A Way OutÂ is a narrative-based two player co-op game that tells the story of two men breaking out of prison. It’s designed to be a split screen game, so you have to work together to sneak past guards, jack cars, and smuggle items to find your freedom. It’s also one of the darker games on this list, so if you want to bum your family out, this might be one to check out. (Available for Windows, PS4, and Xbox One) 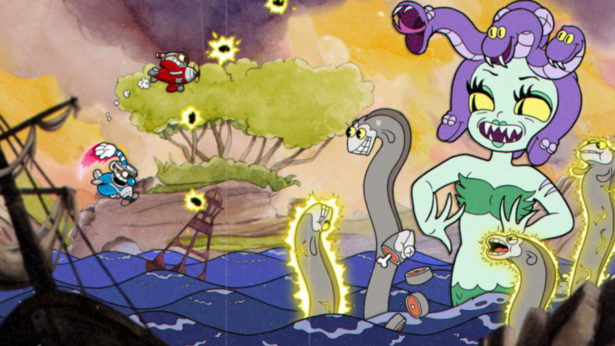 None of these games challenging enough for you? If not, grab a friend and dive into side-scrolling shoot ’em upÂ Cuphead‘s co-op mode. Come for the devastating difficulty, stay for the delightful 30’s style animation and jazzy soundtrack. (Available for Windows, macOS, and Xbox One) 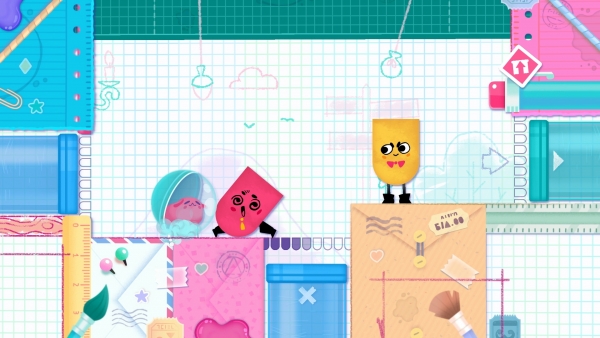 One of the most slept-on multiplayer games for Switch,Â Snipperclips is a co-op puzzle game where up to four players solve shape and physics-based puzzles. The game has a cute, pen-and-paper art style, and players snip pieces out of each others’ characters to get the job done. (Only available for the Switch) 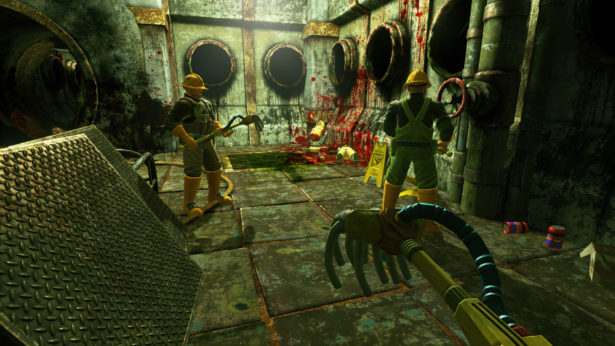 Love sci-fi adventures set in space? If so,Â Viscera Cleanup Detail offers an interesting twist: you’re not fighting aliens and saving the human raceâ€”that part’s already been done. Instead, you’re simply cleaning up all of the alien guts the heroes left behind. It’s cartoony, silly, and honestly kind of disgusting. (Available for Windows)

9.Â Keep Talking and Nobody Explodes 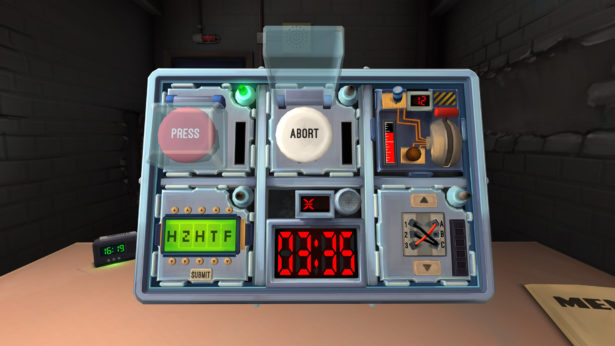 This game turns your living room into a bomb squad operation. The player acting as the “defuser,” looks at the procedurally generated bomb onscreen and describes it to the “experts,” who read through a many-paged, real life manual to give instructions on how to shut it down. (Available for Windows, OS X, PS4, Android, Linux, Switch, and Xbox One) 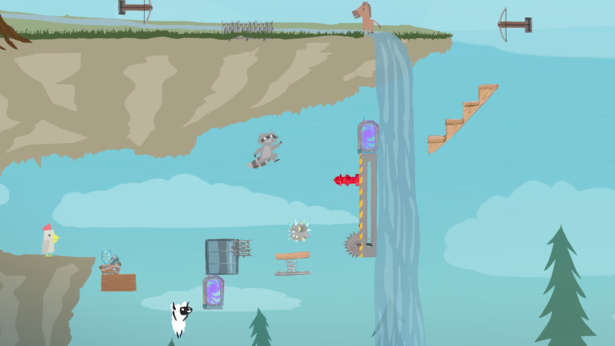 If a platformer is more your style, grab some friends and check outÂ Ultimate Chicken Horse. Four people playing as a raccoon, sheep, chicken, and a horse, maneuver their way through the level to the flag at the end. The players also place obstacles around the map to trip up the others, but all have to be careful not to make it too challenging for themselves in the process. (Available for Windows, PS4, Xbox One, and Switch)