Great Dungeons & Dragons moments inspire great Dungeons & Dragons art. From landscape paintings of sweeping plains, to colorful character portraits, to dragons in search of their latest prey, artwork from fans and players highlights the dramatic storytelling the game can evoke. But  +1 Pen of Smiting is a master at reminding us that D&D creates some comedic moments as well! Their hilarious cartoons feature some of the funniest scenes from D&D livestreams, and are sure to preserve your favorite moments in comic form. 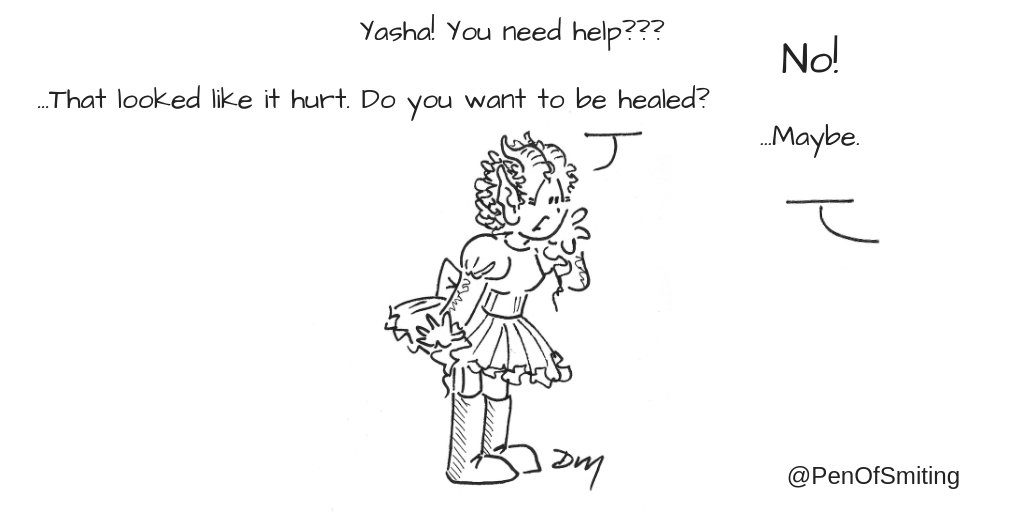 The anonymous illustrator behind +1 Pen of Smiting (“Pen”) tells Geek & Sundry that they started drawing cartoons simply because they love to make people smile. Their doodles during their own D&D games often did just that, they recall. “Those were memories that I could share with my friends for years,” Pen recalls. “Unfortunately, I wasn’t playing in any games [one summer], so I thought I’d tune into other people’s games and capture their golden moments. Drawing along with RPG podcasts became my summer obsession… that’s continued into 2019.”

Pen has been inspired by D&D actual play livestreams big and small, from Critical Role to The Adventure Zone to Loot+Dagger and Hit Dice.

“Posting cartoons became a way I could say ‘thank you’ to GMs and players and let them know that they were being heard and appreciated,” they say. “I also became part of a larger community of fans and introduced new listeners to stories and characters they may not have known.” 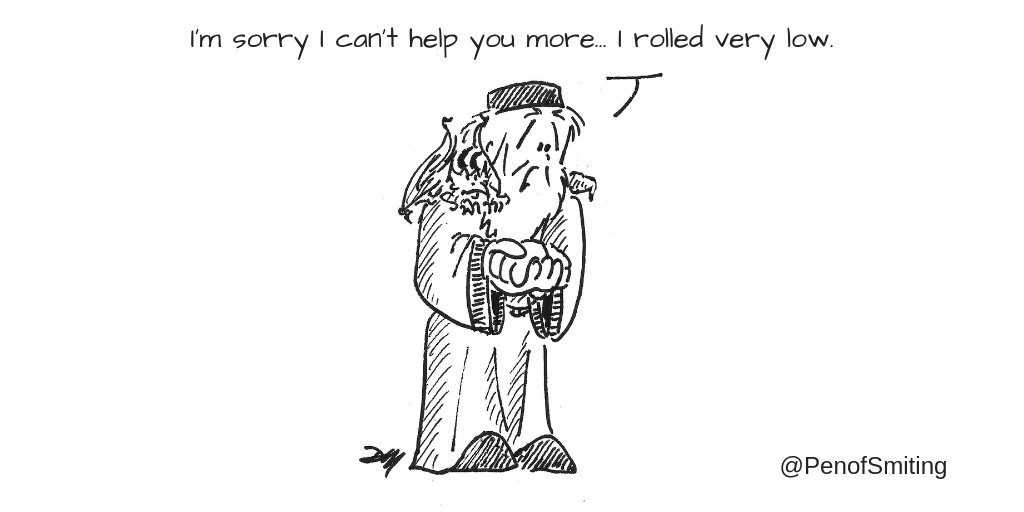 Pen’s work is influenced by classic comic strips and cartoons like Cathy and illustrator Sandra Boynton. They draw quickly with pen and ink while watching or listening to a campaign to perfectly capture the energy of the moment. “The joy and laughter, the naughty innuendo, the drama and heartbreak and triumph happening right now,” Pen says. “I draw very quickly, capturing a good quote or exchange in seconds, creating dozens of cartoons per episode. It’s messy and slapdash, but also pure. It recaptures what it feels like to be right at the table, laughing along.”

Take a look at the gallery below for more cartoons from your favorite D&D podcasts and livestreams.

+1 Pen of Smiting has tuned in to over 130 actual play RPG podcasts, so they know a thing or two about what’s out there. Their D&D favorites include The Adventure Zone, Fate and the Fablemaidens, Loot+Dagger, Hit Dice, High Rollers, The Broadswords, and many more. (Definitely send them a message if you’re looking for a new podcast to try!)

“What I love best is in the interplay between characters and players and GM and friends,” says Pen. “The best moments are the ones when people truly shine. If I can capture that, I’m happy.”

All Images: +1 Pen of Smiting