Buffy the Vampire Slayer is One of the Best Cooperative Games

The newest licensed Buffy the Vampire Slayer tabletop game was released last year to much cheering from the fans, and for good reason. It’s a pretty game that looks and quickly feels loyal to the source material. Fans of the series old and new have good reason to celebrate a great addition to their collectibles shelf.

But here’s the thing, Buffy the Vampire Slayer: The Board Game is actually one of the best cooperative games around. Somehow through the magic of keeping the game feeling like a series of Buffy episodes, with the gang working together to solve mysteries and fight baddies, a game emerges that shines as a wonderful example of the best that co-op can be.

How it Plays Out

Buffy is a game that plays as an unfolding story, where lesser foes are taken down to reveal the “big bad” at the end. As the first three monsters of the week are sequentially dealt with they leave behind clues which are be examined to reveal part of how the big bad can be defeated. Characters move about the board fighting vampires and demons in order to defend innocents, but this protection business is complex. Demons can’t be easily fought without special weapons and both types of foes move independently on their turns, coming after new prey. At its most fundamental level this is a game about knowing your enemies and their behavior because lives are on the line. The deaths of innocents stack up against your team on the board’s Apocalypse Track, just as damage does, potentially spelling your doom.

From the night-to-night of defending the weak, to the larger problems of taking down the emerging threats, the game has a hectic feel. Things are made worse at the end of some player turns as event cards are revealed, amping up the tension after each little victory. Add to all this the fact that taking down the bigger bad guys comes down to having just the right items and getting lucky on draws and the game at first feels almost unwinnable and cruel. 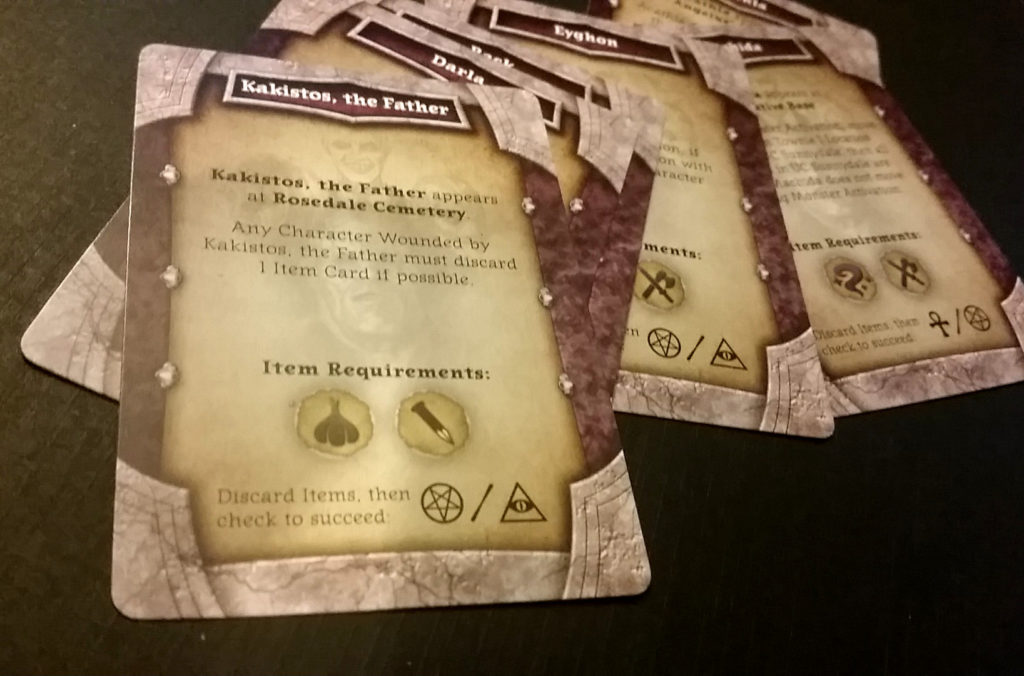 Cooperation: The Only Way to Win

The main reason the game works as a compelling co-op is that it requires players to choose from a range of ways to help fight the madness that is this game’s natural state. From beating up baddies, to defeating monsters of the week or big bad villains, to healing the group, searching for needed items, or just trying to dig up a useful magical artifact, players are given almost too much to do. Characters can even head over to a useful spot on the board to take advantage of the location’s unique special ability. One really important mechanic here is the ability to pass items to other characters. This makes spending time unearthing just the right item needed to solve the current conundrum work, since your friends are able to come over and reap the fruits of your labor. 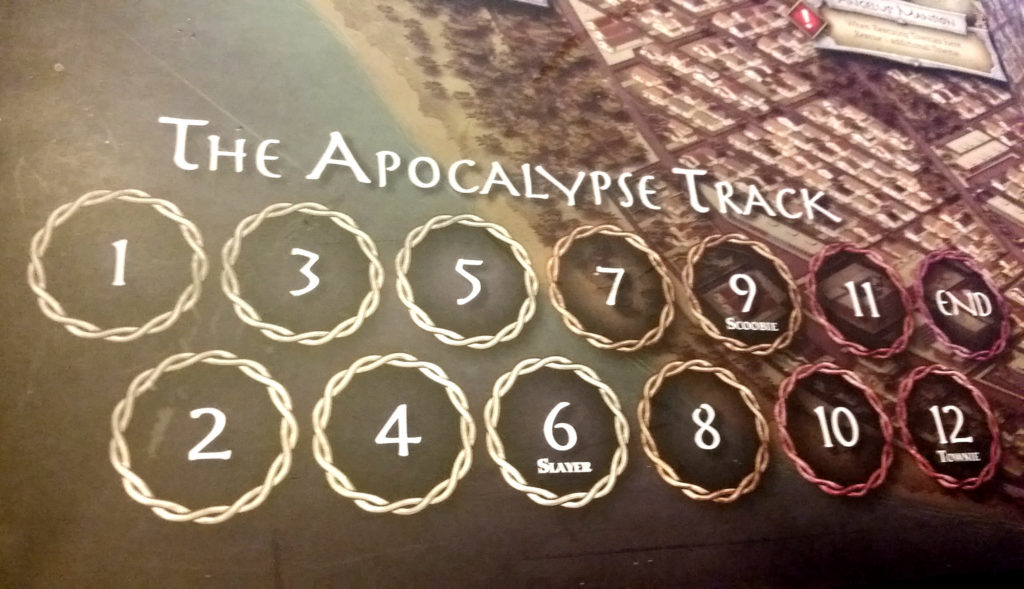 Why is This So Fun?

There are a number of reasons this game just works as a cooperative tabletop. The aforementioned plethora of options means that nearly everything you do is about assisting someone else. While there are moments of individual glory, there are often far more that are just about setting the next person up for their own moment to shine. What’s more, winning means carefully navigating these choices, because help isn’t really helping when it’s not all that useful. Cooperation really is the game.

Buffy really feels like a collective, rather than personal experience. Individual characters do not have their own health tracks. Instead, each level of damage is inflicted against the whole group as it pushed them closer to losing. Add to this the mechanics of collective winning and the game the strong sensation of a team effort.

It’s also a blast because at every opportunity the game attempts to build suspense and tension. Each player turn and game round ends in the potential for bad stuff to happen. Each action feels important, as time is always of the essence.  Another example is the main mechanic to determine success in endeavors, which is the draw of a card and the consultation of an arcane symbol at the bottom. While there are only three symbols that can come up, there’s still a bit of hunting for the icon and checking to see if it’s the one you need. This moment can get super tense, with deafening silence as anticipation of win or loss builds, particularly near the end of the game.

The game’s general feeling is one of danger. The group often gets hurt, innocents die, and you never know what the next card will inflict on Sunnydale. Magical artifacts, which are the most powerful items in the game, are sometimes cursed, making gearing up a bit risky as well. While each choice can be a careful calculation of risk vs. reward, the game generally has the feel of a group plunging into the abyss and seeing what happens. Some will be bold, others will be doubtful, but that interaction is the fun of co-op.

Overall, this is a top notch game if you’re up for some intense cooperative fun, where every success (and failure) is suspenseful and allies really feel like they’ve made an important effort towards taking down the bad guys. Plus if you’re a fan of the series, this is probably a must play anyway. Win, win.

If you’ve had fun with the Buffy the Vampire Slayer tabletop game too, let us know about your experiences in the comments!

The Best RPG For Kids is Getting Bigger