WOLFSPELL Is the Next RPG From the Designer of DREAD - Nerdist

WOLFSPELL Is the Next RPG From the Designer of DREAD

From the TableTop episode to International Tabletop Day to Sagas of Sundry: Dread, it’s fair to say we are fans of the horror role-playing game Dread here at Geek & Sundry. So naturally, we are dying to tell you about the new RPG from the designer of Dread currently nearing the end of its (successful) crowdfunding campaign! Don’t wait too long, or you’ll miss your chance to support Wolfspell.

In Wolfspell, a sword and sorcery RPG created by Epidiah Ravachol, a group of experienced adventurers has turned themselves into wolves to complete their latest quest. Players describe their adventurer from their imaginations and determine the method by which they became wolves. (Curse? Pact? Backfired spell?) And then you all take the form of those wolves, and the story begins. 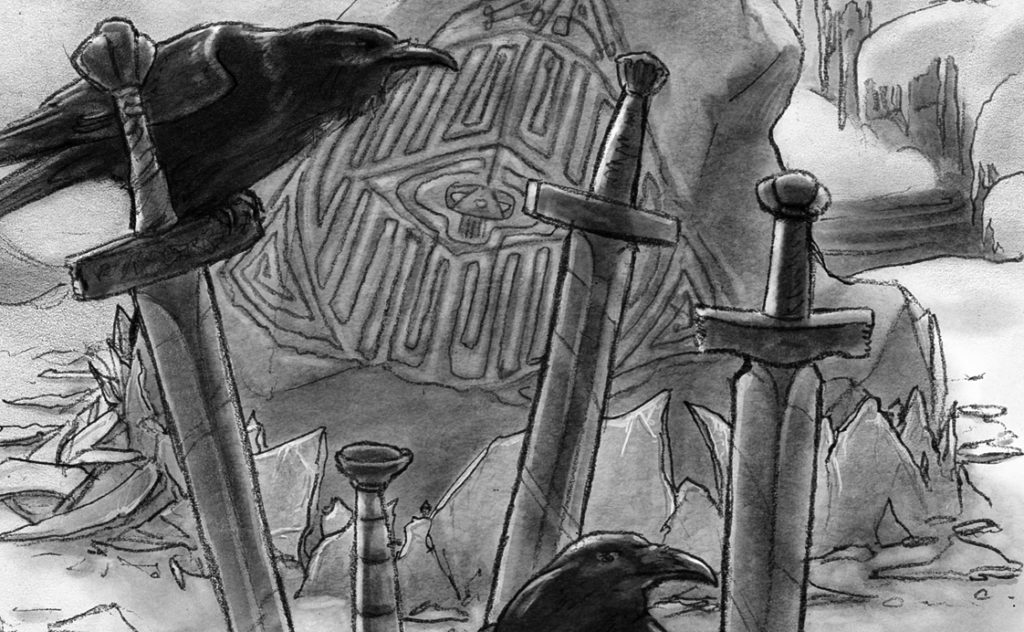 Your fates are determined by two dice: a Blood Die and a Wolf Die. When it’s time to take action, players roll both dice. The Blood Die, your human side, and the Wolf Die are constantly at odds with each other. If the Wolf side begins to win out, your animal instincts begin to take over:

As you behave more like a wolf, your Feral score will grow, increasing the might of your Wolf Die, turning you into a more capable wolf. But will you be able to return to human form when it’s all over? Will you even want to?

The crowdfunding campaign describes the role-playing game as “a proggy metal concept album,” to give you an idea of the energy to bring to the table. Adding to the concept album feel of the game, the entire RPG itself will be printed on a trifold LP jacket. Metal.

The Wolfspell crowdfunding campaign, which supports the work of the artist on the project, has reached its initial funding goal. If you want to see the wolves in action before you decide to lend your support, catch an archived demo from ActualPlay on Twitch! Or you can tune into the ActualPlay Twitch channel on Sunday, February 2 at 8:00 AM Pacific time for one last playthrough with Epidiah Ravachol and artist Shel Kahn.