Wizards of the Coast Summons Adorableness With Cats of Ravnica - Nerdist

Wizards of the Coast Summons Adorableness With Cats of Ravnica

The Magic: The Gathering plane of Ravnica is full of cats. It’s canon. The most recent set, Guilds of Ravnica, even includes a summon called “Generous Stray”, featuring a cat who’s decided to share a lizard it’s captured, and in so doing captured the heart of their planeswalker. 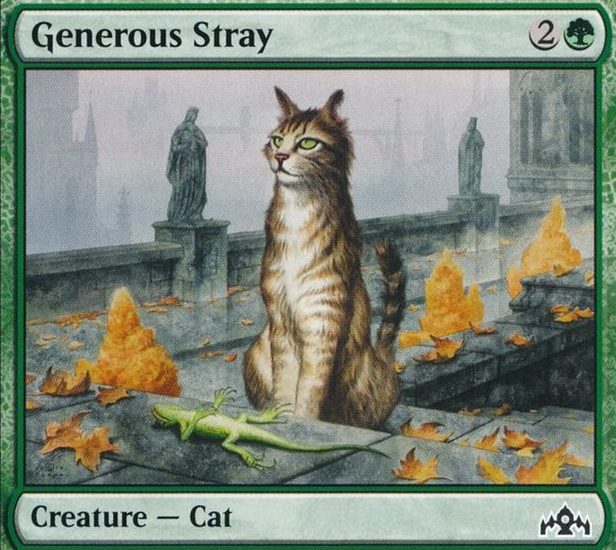 With the upcoming prerelease of a new set in Ravnica, cats are once again top of mind. It’s clear Wizards of the Coast has a soft spot for shelter cats, and announced this week they’ve partnered with Seattle Humane, sorting cats into Ravnica Guilds, as well as showcasing local shelter cats:

Yesterday, they posted their first featured feline and will continue to do so every day on Facebook and Twitter.

Our first featured Cat of Ravnica is Rocky! Say hello to this fearsome cat from the Gruul Clans! pic.twitter.com/IFdHycLm54

In case you were curious about your cat’s guild, you can fill in the Ravnica Guild Quiz for them and find out (my two cats were sorted into House Dimir and The Selesnya Conclave).  And if you were interested in adopting a cat, please visit a local shelter: turning a stray into a beloved pet is powerful magic indeed.

Do you adopt a beloved creature? Tell us about it in the comments below!

Teri Litorco is owned by 2 cats, who like to sleep in and on her board game boxes. She occasionally posts pictures of them, along with her painted gaming miniatures, on social media: Facebook, Twitter, and Instagram, and you can sometimes catch them on her YouTube videos.