What If Neil Gaiman Revisted Batman?

Between Neil Gaiman‘s recently released book, Norse Mythology, the upcoming adaptations of American Gods and Good Omens, and a full writing slate ahead, the writer of DC’s Sandman series doesn’t seem to have much time to script comics anymore. But which comic book does Gaiman still dream about writing? Why, Batman of course! Gaiman is far from the first writer to covet the chance to tell an adventure about Gotham City’s Dark Knight, but he’s apparently been holding on to this story for almost three decades.

Recently, Gaiman was asked whether he had another Batman story in him. In response, Gaiman not only confirmed his desire to write it, he indicated that it may be coming sooner rather than later.

There is a Batman story I have wanted to tell for 28 years. And it is getting closer. I just need time… https://t.co/Bnaom4seWq

What story could that be? We highly doubt that Gaiman would be satisfied by writing a standard Batman story with conventional villains and ordinary bank robberies. Even Batman’s most colorful adversaries probably wouldn’t be enough for Gaiman, since their stories have been told so many times before. To get a better sense of what Gaiman might have in store for Batman fans, it’s time to look back at “Whatever Happened To the Caped Crusader?,” the two-issue story that Gaiman wrote nearly a decade ago in collaboration with artist Andy Kubert. Essentially, Gaiman and Kubert depicted a gathering of Gotham City’s greatest villains in the wake of Batman’s apparent demise.

However, the story quickly took on a bizarre tone as each villain shared their recounting of Batman’s death; which happened a different way each time. With Catwoman, Batman died because she essentially refused to treat his grievous injuries when she had the chance. But perhaps the most haunting and memorable visual of the story was the revelation that Bruce Wayne’s loyal butler, Alfred Pennyworth, became the Joker as a way to keep Batman sane and engaged in the world. 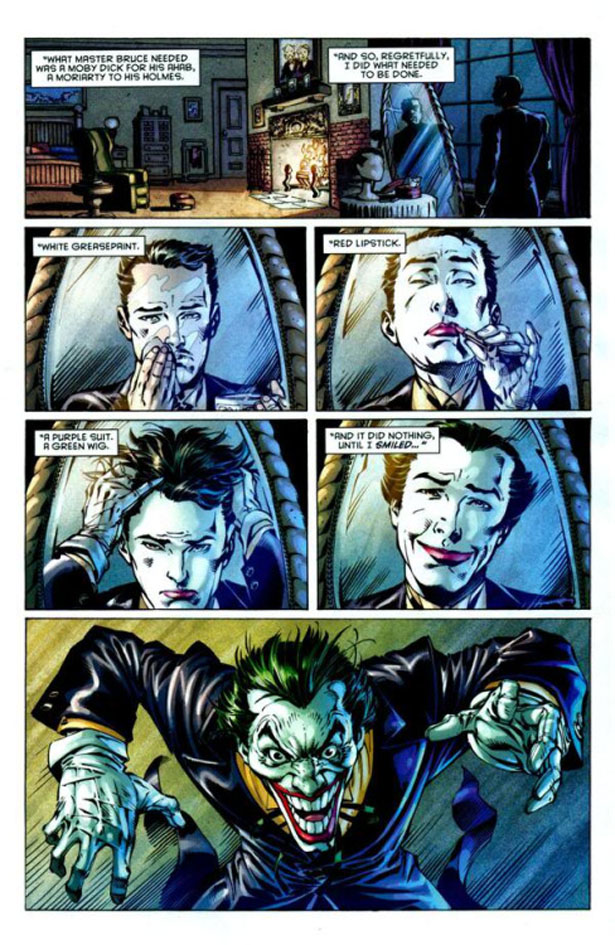 Naturally, Alfred’s plans eventually backfired and led to another death of Batman. However, this is the kind of fresh twist on the mythology that we can probably expect from Gaiman when he finally does get a chance to tell his Batman story. While we would certainly love to see Gaiman and Kubert reteam for the new story, it may also be interesting to see Gaiman’s frequent collaborator, Dave McKean as the artist for this tale. McKean provided the art for Grant Morrison’s definitive Batman graphic novel, Arkham Asylum: A Serious House on Serious Earth all the way back in 1989. As far as we’re concerned, McKean is overdue for another chance to tackle Batman!

DC would have an added motivation to let Gaiman run wild with a Batman tale. Because of Gaiman’s reputation and his fan following, it would likely be a perennial best-selling story. We can’t guarantee that it would be an instant classic before the first word is even written, but we are very eager to see what Gaiman has in store for us when he does make time for his Dark Knight adventure.

What do you want to see in Gaiman’s ultimate Batman story? Shine the Batsignal of your thoughts down upon the comment section below!