Using Soundtracks and Effects to Enhance Your Tabletop Game - Nerdist

Using Soundtracks and Effects to Enhance Your Tabletop Game

GM Tips is our series to help Storytellers and Game Masters improve their craft and create memorable roleplaying experiences. Last week we talked about alignment swapping, so naturally, let’s swap and talk about sound effects. That makes total sense…

As tabletop gaming continues to rise in popularity, more-and-more tools and tricks become available for storytellers to enhance their tabletop games. Using soundtracks isn’t exactly an old trick (hell, I’ve been using Chrono Cross music for my games since its release), but it has gotten a lot easier. MP3 files of every song, soundtrack, or video game are organized on many a storytellers PC, but having the exact mood on demand for every scenario does take a lot of searching. Thanks to newer software like Syrinscape, having a full sound, background music, and sound effect board that works off a tablet means you can have a full range of atmosphere.

Why use a sound tool when storytelling though? Particularly paid ones when YouTube, Spotify, or MP3 files work for soundtracks just fine. At this point, you can google “D&D Ambience” and find 10-hour long soundscapes for everything from the Jungles of Chult to The Great Abyss. These soundscapes are handy in a pinch, but are repetitive and lack dynamic or character personal natures that other tools offer. Plus, if you are going to storytell in a modern or cyberpunk game—you’ll need to up your sound effects since those soundscapes aren’t as common.

Like any tool for storytelling, we need a proper time to use it. Here are some key points if you are pondering sound immersion at your table. 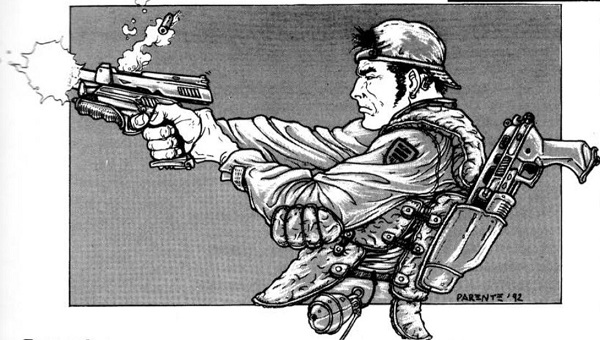 I’ve found nothing that gets me in sync with a character of mine more than music. Like an anime intro that plays to the montage of every character in the campaign, character soundtracks create an instant connection. Many players (raises hand) have entire albums for their character with a variety of songs to help get them into a role-playing mode. There’s no reason you can’t use this as a storyteller.

Try finding a theme song for every adventure you run or every session even. At the end of a campaign, you can put them all together and have a soundtrack for your game. These often aren’t played at the table during the live session, but a nicer out-of-game tribute to the events and actions that have happened. Another cool trick is to have a library of “epic win” and “epic fail” songs on hand. When you are running combat that has clearly swung to one side or the other—play the music and switch to narration mode to close out the scene. It has a better impact than rolling out the last few dice to no fanfare.

Fantasy campaigns have boring sound settings (tosses down storyteller glove). There are only so many “leaky dungeon” soundscapes or boring ethereal Elven forest music I can take before I want to drill my brain out. When it comes to fantasy settings, I still prefer instrumental music unless I really want to create some horror. Then maybe some howling wind is up to your alley. Syrinscape fits perfectly here because you can time in different background noises like creaking doors or the distant sound of ravenous wolves. Yet its modern-day and cyberpunk settings that sound immersion become wickedly cool.

The new Cyberpunk 2020 rules set and soundtracks from Cyberpunk 2077 fit perfectly into science fiction, cyberpunk, urban fantasy, and many other modern campaigns. Real music that is compelling and interesting to listen to but still fades well into the background. The occasional chatter, bar glasses chinking, or even a concert being started up complete with mic check. If you’re running a Shadowrun campaign, it makes for the perfect immersive setting to meet your Johnson contact. I can’t recommend enough how handy the sound sets are for modern-day campaigns in creating an immersive environment where it’s sorely needed.

In fantasy campaigns, there is enough of a disconnect for players to imagine walking through the Elven forest. A little sound can enhance that and bring them further home. In modern-day campaigns, the sound is essential to separate your players from the living room to the seedy night club.

When To Use Sound Effects 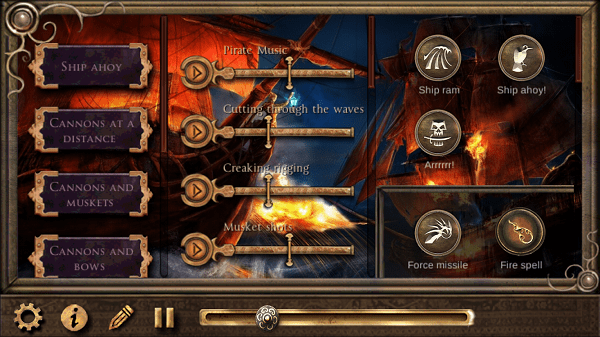 Sound effects for spells and explosions are whimsical and cute, but more of a novelty at the table. Players tend to focus on the sound of the storytellers’ voice and your cadence when you are narrating and pausing to cue up a sound effect actually breaks immersion more than it enhances it. It’s, for this reason, I say to avoid overloading your players’ audible senses with a plethora of repeated sound effects for every action… but they do have a place.

Sounds of crying children or people pleading for help as the party races through combat to save hostages is a perfect example of when to use a sound effect. Try to locate sounds (or use a sound toolset), that works well for an event, rather than an effect, that is happening in the current scene. Characters are in a dungeon? Find some low-key fleshy torture sounds. Characters are in a serene garden? Find some sound effects of running water. The magic formula here is the current scene, low-key soundtrack, the sound effect of an event.

Of course, having the sad-trombone effect is always good for laughs on a timely critical fail.

Ever use sound effects to great effect? Let us know in the comments below!