In most board games, everyone starts off with the same stuff. You all get three wood or two knights. All players start at the edges of the map or begin with the same number of coins. Even games where players can acquire vastly different powers, they often start off the same. Blood Rage is a good example. But there are some designs that embrace asymmetry from the very beginning. Where the core of the game pits very dissimilar factions together. And when its done right, it’s a thing of beauty. 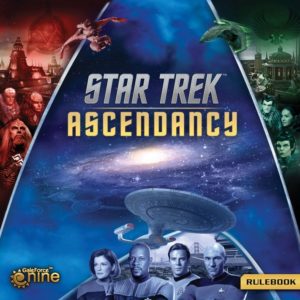 You can already hear the theremin piping up as soon as you look at the box. Star Trek: Ascendancy puts you in the role of one of the three great civilizations in the Star Trek universe – Federation, Klingon Empire, or Romulan Star Empire. As with any good Star Trek game, there is exploration and space battles. But also trade and diplomatic domination.

Tuned best with three players, each of the great civilizations has specific benefits and detriments. And they are more than just small time benefits and inconsequential penalties. They are significant and really impact how the three will approach the game entirely.

The Federation can gain culture whenever it explores a new civilization. But its Prime Directive keeps it from interacting with primitive worlds. Meanwhile, the Klingons get bonus culture when they win epic space battles. But their honor prevents them from retreating or surrendering worlds in their control. And the Romulans gain culture as they seek technological advancement. But their suspicious nature keeps them from immediately benefiting from trade deals.

The asymmetric design keeps each game different and interesting. The civilizations will approach their options differently and will go after their discovered planets in unique ways. Not only trying to maximize their own abilities, but also trying to use the detriment of the other players against them. 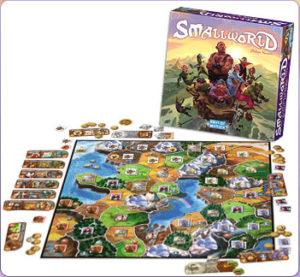 While also about conquering territory, Small World does it in a much more light-hearted fashion and features tons of races and special powers. In fact, that’s a big part of the game. Races and special powers are dealt out in random order – so you might have waterwalking Trolls or berserker Giants. Players then select from the available combinations and try to conquer as much of the small world as possible.

The variations of powers and races seems limitless. And playing to those strengths is a great part of the game. Movement powers may get you to the places you want. Wizards want to be in magic zones, for example. And Flying Wizards can be outright ridiculous. Meanwhile, other powers, like Bivouacking, can make your armies more defensive. And if (or when) your army gets decimated, you can simply put that race into decline and choose another with a new power.

The asymmetry is spectacular and, right from the get-go, Small World has players competing in very different ways. You’ll have to take into consideration exactly how your opponents can use their abilities – and what you can do to cut them off from their most beneficial resources. 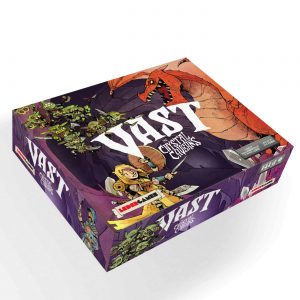 But it isn’t just the objectives that are different, it’s the actual gameplay. The knight plays like a dungeon crawler. You go throughout the dungeon exploring tiles. And you have a board with attributes that you can raise or lower to help you from turn to turn. Meanwhile, the goblins have an interesting challenge in keeping their tribes strong, without overpopulating them and scattering them. The dragon employs hand management while the Cave provides an interesting spacial challenge as you guide or prevent the other players from moving.

Do you enjoy asymmetry in games? Tell us your favorites in the comments.