Three Great Games with Themes That Go Way Beyond Normal

Some thematic settings are well trod ground. We’ve all played wizards and elves, fought zombies and piloted starships, and heaven knows, I’ve done more than my fair share of Renaissance era trading. But not every game walks the same paths as those that came before. Here are a few that discard worn tropes in favor of thematically unique ground. 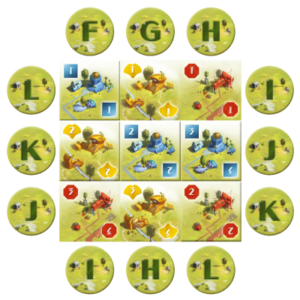 In the future, human society has learned to build and live in a sustainable way. And your job is to help build the next city which is inspired by the ginkgo biloba tree. While city building games are common, few draw their inspiration from foliage.

But don’t let the odd theme fool you. Ginkgopolis is legit. Players have a hand of cards that can be used to expand the play area, overbuild other tiles, or get new resources. You simultaneously select cards and then reveal. In turn order, players take the action they have selected. Then all cards are passed one player to the left and it begins again. Also, if you overbuild, you get to keep the card you used. That card then provides a special in-game power or end-game bonus points.

Gingopolis is more than just tile placement, though. It requires careful management of three different commodities. First, there are tiles. You need to be sure that you have enough to accomplish your goals. If you only draw a few, you’ll find yourself limited in what you can accomplish. Similarly, you’ll need resources to overbuild and compete for area majorities. Without a healthy engine there, you might stall out while others maneuver. And then there are points. You can spend points to add flexibility to your actions. If you aren’t generating at least some points during the game, you might have some golden opportunities foreclosed to you.

Managing all three aspects effectively is a highly entertaining challenge. I’m not sure what it has to do with the ginkgo tree, but it’s a good time nonetheless.

Nuns on the Run 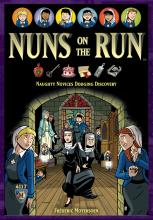 The players are new novices on the night before they will take their vows to become full fledged nuns. For the young recruits, it’s their last opportunity to engage in some mischief. Each player is given a secret goal, like writing a letter to their lover or raiding the pantry, and then tries to sneak out after curfew to accomplish it.

But in Nuns on the Run, it’s not so easy as simply strolling down the hallway. The Abbess and Prioress, controlled by one player, are on the hunt and are looking to find any girls outside of the dormitories. In this hidden movement game, the novices secretly track their position on paper while only the Abbess and the Prioress can be seen on the board. It’s a great take on the genre which usually does the opposite and have only one character hidden.

Throughout Nuns on the Run, players will move and then roll a die to see if they make noise. If so, they have to dell the Abbess or Prioress which way that noise came from, and those figures can then deviate from their path to find the girls. The result is an entertaining cat-and-mouse game where the one player is constantly on the lookout and the rest are scattering, hiding, and running to complete their tasks. 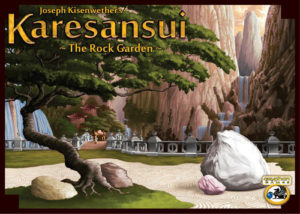 Board games are built on conflict of one sort or another. And rock gardening seems like it strives for an absence of conflict. Yet, Karesansui takes that theme and creates a tense and enjoyable auction game where players work hard to tend their gardens while avoiding the forbidden combinations of stones.

Stones come in three levels and five colors. You can have as many as you want on your board as long as you don’t have all three levels of one color, four different colors of one level, or three stones of the same level and color. But doing that can be difficult. Each round, new stones are put up for auction and the players bid on them. The catch is, your bid isn’t with money – it’s with your current stones.

Whoever bids the fewest stones gets the right to take a particular group. This means the game isn’t just about how much you bid, but what you bid. After all, if there’s a group that would give me a forbidden combination, I can bid one of the other stones from that combination and, by paying it, avoid having it when it comes time to check for those combos. And, that means paying attention to the other players and ensuring that they don’t get anything too cheaply by getting rid of stones easily.

What games do you enjoy that have unique or bizarre themes?  Tell us about them in the comments.

TAGGED: ginkgopolis, karesansui, nuns on the run, Board Games