Stars Without Number is a Sandbox RPG Gaming Masterpiece - Nerdist

Stars Without Number is a Sandbox RPG Gaming Masterpiece

There is a lot of emphasis (rightly) in roleplaying games on tailoring a story to your group. It’s a tradition which imagines RPGs as a stage-play, with the gamemaster as director and screenwriter. It’s drama of a traditional sort, a collaborative series of weekly dramatic improv sessions written on the fly. And this is a really, really good approach to gaming, one which is the most widespread in the 21st century.

But there’s another tradition, the sandbox, where the world is created in minutest detail and the players are thrown into that world. They must conform to it, not the other way around. The possibilities become more tactile and harsher. These are games of resource and system, of landscape and distance. We get sniffs of this tradition in material like Tomb of Annihilation, but it’s not dominant.

The masterpiece of sandbox gaming released in late 2017, late enough that it was hours from being 2018. Stars Without Number Revised Edition, a snazzy update of a nearly decade-old work by its author, Kevin Crawford (Sine Nomine Publishing), is like a shot across the bow of what we think of as sandbox gaming. It’s both deeply traditional and wildly new. It should be reckoned with as one of the best games of the year. 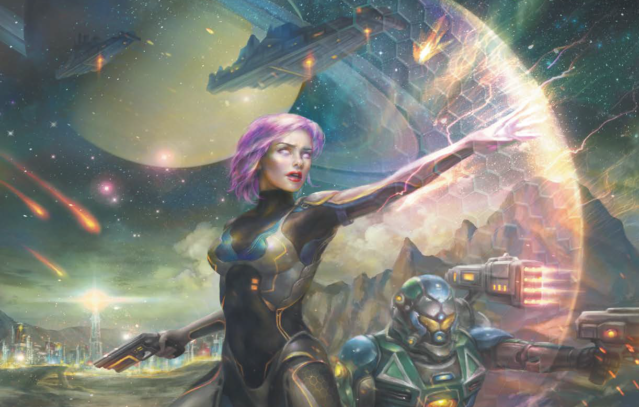 Stars Without Number (or simply SWN) is a science fiction game about space exploration. Campaigns take place in a sector of space in a galaxy which has fallen from the heights of empire. It’s a familiar trope of the type of splendor amongst the ruins sci-fi Crawford takes his cues from and, honestly, the background of what came before isn’t important.

What is important, and what the bulk of the book’s 321 pages deals with, is creating the space sector your campaign is set in. No two are alike, and this is where the sandbox comes in. Through a series of tags and charts, you fill a hex map with details. Lots of details. You get histories, alien species, technology levels, biomes, planets… SWN smooths over the tedium of sandbox creation, as delightful as that tedium might sometimes be.

The genius of SWN—and it’s a genius which runs through all of Crawford’s games—is that it’s all written in such a way that the potential stories and dramatic chokepoints become immediately apparent. You turn your players loose in this unique, intimidating structure and watch as they stumble upon the challenges which are uniquely your table’s to confront. It’s close to magic.

If this sounds at all interesting to you, there’s a nifty third party sector generator you can play with to see the system in action, and an older, unrelated one which spits out the aliens, factions, and other stuff from SWN‘s first edition.  Neither is perfect, but they’ll give you a glimpse into how sector creation works. There’s also a free pdf version of SWN if you’re already on board for a full read through. 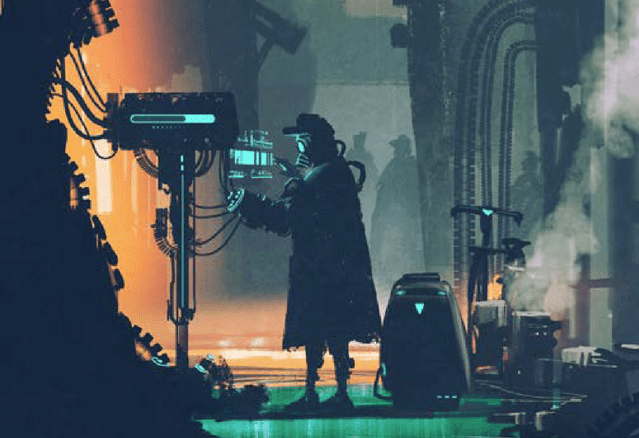 At its core, SWN is immediately recognizable. The basic chassis of the game is from the OSR: old school D&D mechanics from the earliest days of that game. You have four classes, with psionics standing in for magic. You level up and there are skills; you’ve seen this before.

It’s very simple, though the ability to play AI beings (robots, androids, etc) complicates it a bit. The simplicity of the minute-to-minute play is deliberate. It allows the complexity to be moved from combat and skill tests to sector exploration and creation. It also means an awful lot of people can just jump in and play from scratch, which was always the best bit of the OGL.

This shouldn’t be sniffed at, because the book comes packed with advice and extras, both of which are a direct offshoot of the core rules’ simplicity. For instance, transhuman campaigns aren’t the default assumption in SWN, but there’s a meaty subchapter on how to integrate them mechanically and thematically if you’re into it. That doesn’t happen with a brand new ruleset which shoots for a baseline complexity.

This revised edition is big and there’s no fat in its pages. It is simply more than the standard edition: more tutorials on sandbox campaigning, more random generation options, more art, more options. It’s also extremely versatile; none of the sector generation stuff (or adventure generation, or character backgrounds, or factions, or…) is tied to the SWN system, meaning you can port it into whatever game you want. Somewhere, the charts in SWN are being used with minimal work in a really killer Star Trek Adventures campaign.

SWN is one of those games for which the author has thought extremely deeply about what tabletop gaming even means at all. This is not at all to denigrate any game designer, but once in a while you find a designer who peers deeply into the ways we play, what they mean, and the mechanical boundaries we set up. Gygax, Stafford, Baker, Morningstar. And Kevin Crawford, with Stars Without Number Revised Edition as his masterwork.

What’s your favorite modern sandbox experience? And do you like the gritty feel of a fantasy hexcrawl or the soaring skies of a sci-fi sector romp? Tell us below!