Star Wars: Rebellion Goes Rogue One and More in Our Weekly Gaming Roundup!

Welcome to Geek & Sundry’s new weekly column about the latest tabletop game news, and a few related videos that you may enjoy. We know that it can be difficult to keep up with all of the latest word, so that’s why we’re going for a more curated experience in this column. But if there are specific projects that you want us to cover in the future, feel free to reach out via the comment section!

A Rogue One expansion is finally heading to Star Wars: Rebellion later this year. Rise of the Empire adds Rogue One characters to the mix, including Jyn Erso and Director Krennic, as the battle between the Rebels and the Empire intensifies. The expansion will include new miniatures, new ships, and yes, you can steal the Death Star plans as well. As before, players can take control of the Rebels or the Empire, with the fate of the galaxy at their fingertips. Star Wars: Rebellion: Rise of the Empire is expected to be released in the third quarter of this year. 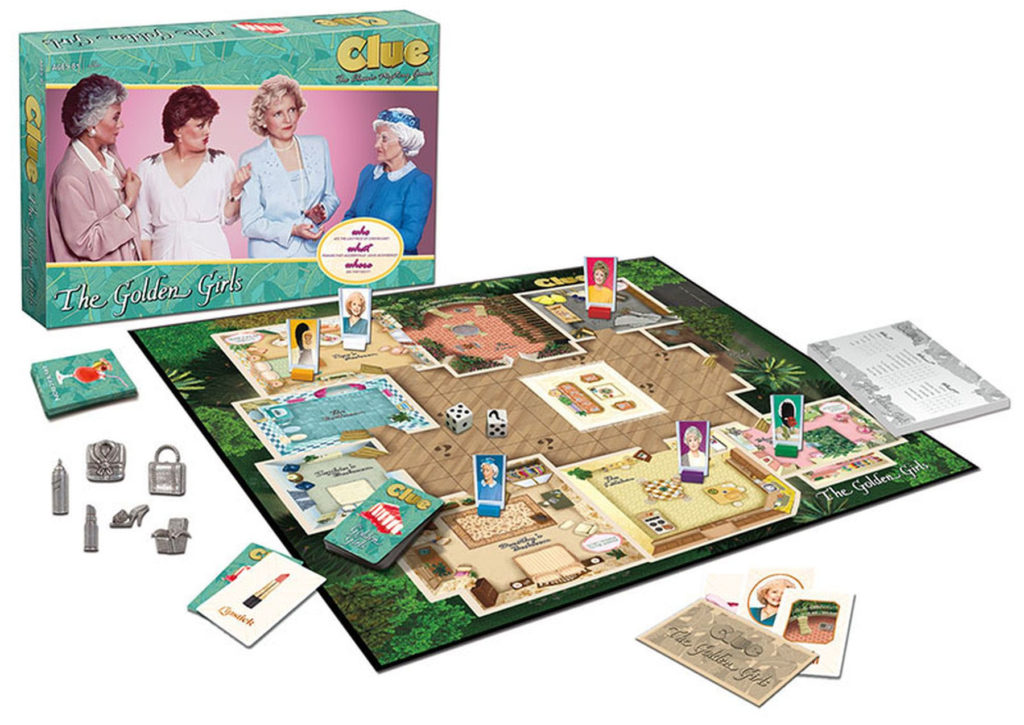 It’s time to thank you for being a friend…by murdering your enemies! As entertaining as it would be to see The Golden Girls unleash their inner killers, the classic NBC sitcom isn’t going quite that dark in the new version of Clue from Hasbro. Yes, this is not a joke. Clue: The Golden Girls is not only a real thing, it allows players to step into the role of the iconic characters as they try to discover which of them ate the final piece of cheesecake. It’s not exactly a high stakes game, but just imagine a laugh track in the background as you play along. There’s no release date yet, but will this be the first game recommended for players 87 and up?

The Order of the Oven Mitt

The Order of the Oven Mitt Trailer from Inquisiment on Vimeo.

Have you ever wanted to eat your tabletop roleplaying games? And if so, what’s wrong with you? All kidding aside, Jenn Sandercock’s edible games are making us hungry. The Order of the Oven Mitt is a game played on a gingerbread board that lets players triumph by actually eating “the sacred squares” in competition with each other. Shut Up & Sit Down has posted an extended preview for The Order of the Oven Mitt, and it definitely looks like a fun party game…especially if you love sweets.

Earlier this month, Plaid Hat Games announced a new Dead of Winter expansion: Warring Colonies.  This is a post-apocalyptic game in which players compete for desperately needed supplies to survive the deadly cold weather and outlast their rivals. This week, Plaid Hat offered a run down on the new main objectives and random crises that will come up during the game. The new characters will be revealed next week, and the expansion is expected to hit in August of this year.

Roll For the Galaxy

Want to learn a new game? Our very own Becca Scott has posted a brief video in which she attempts to jump into Roll For the Galaxy, the tabletop game that puts players in control of their own intergalactic empires…at least in theory. Let’s just say that this isn’t the typical “how to” video.

The YouTube channel for Game Developers Conference has posted an extended video with Secret Hitler co-designer Mike Boxleiter as he talks about how the game came together, how it’s played, and how it allows players to do things in the game that they would never do in real life. Boxleiter also talks about the design process behind the game and how it managed to be a huge Kickstarter success story.

Which games from this week’s column are you most excited about? Let us know in the comment section below!