Each week here at Geek & Sundry we take a look at new and upcoming exciting titles on Kickstarter! This week’s Kickstarter of the week is A Night in Seyvoth Manor, a D&D 5th edition adventure by Darklight Interactive.  If we were to imagine our roleplaying shows Critical Role and Sagas of Sundry having a mash-up adventure, it would probably look something like this.

Role-playing adventurers will soon be able to journey back to the village of Ravenshire, to a hilltop mansion believed to be cursed. Residents report two young women missing and two separate search groups have never returned.

Filled with pop culture references and designed as a one-shot Halloween-themed adventure, A Night in Seyvoth Manor was originally released for Dungeons & Dragons 4th edition and nominated for a Gen Con EN World RPG Award. Its conversion to 5th edition is currently on Kickstarter, where it’s been fully funded and reached its stretch goal, which rewards backers with 10 pre-generated characters. 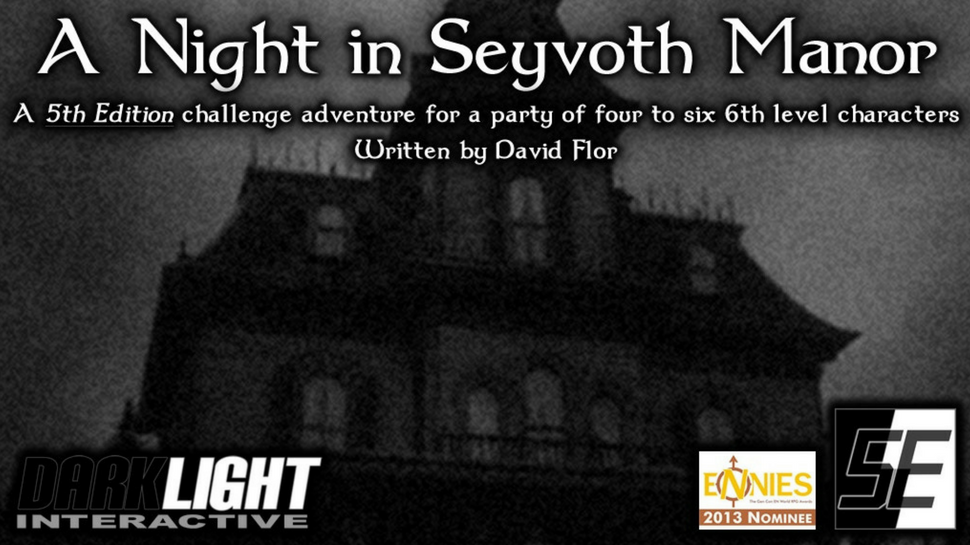 We spoke with creator David Flor, a software developer by day and a game designer by night, about A Night in Seyvoth Manor.

“Seyvoth is inspired by the old school ‘deathtrap’ dungeons that made a slight resurgence in 4th Edition with the ‘fourthcore’ style dungeons made famous by SVD Press (Revenge of the Iron Lich, Crucible of the Gods, etc…),” Flor said. “It is designed to be extremely dangerous, extremely rewarding for those who take risks, and replayable several times. Players can’t simply roleplay through the adventure; they have to plan ahead, maximize their characters ability as well as the whole party, and work towards the end goal. If you die in it, simply walk back in and try again.” 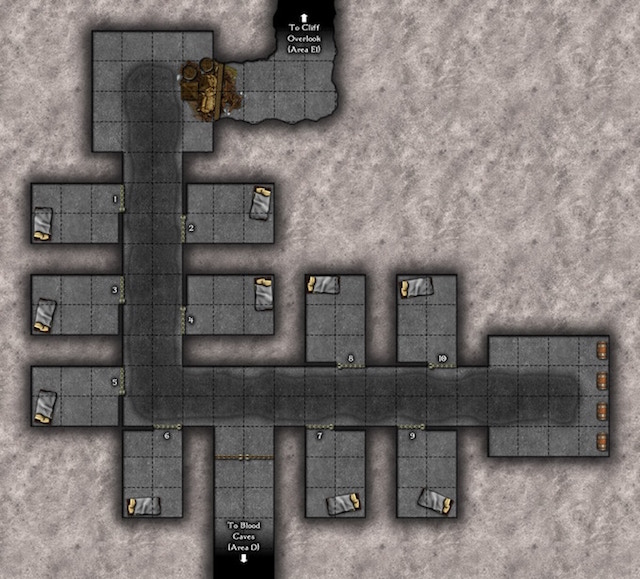 Flor remembered creating the adventure based on a now-forgotten pop culture theme before incorporating references from horror movies, literature, and other media.

“[I]t calls out to everything from early works like Shelly’s Frankenstein to H. P. Lovecraft to modern day’s Evil Dead and Poltergeist,” he said.

In addition to its plethora of pop culture references, A Night in Seyvoth Manor also uses 112 cards for treasure, quest items, rumors, abilities, and other items: among these you’ll find a Golden Puzzle Box, Clockwork Magpie, Sword of the Daywalker, and a Carnivorous Plant.

“Very powerful magic items are distributed randomly at certain points in the adventure, while even more powerful unique items can be found by those that take risks,” Flor said. “The game is theoretically beatable without these powerful items, but it certainly won’t be as easy.” 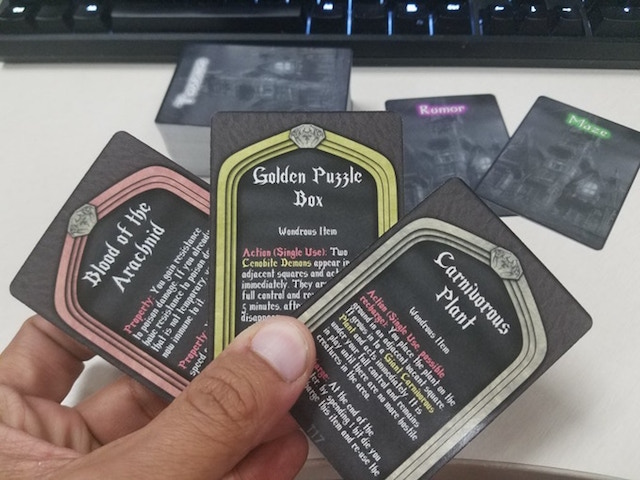 Flor is aiming to have the adventure released in time for this year’s Halloween.

“We’ve actually been wanting to convert it from 4th Edition ever since 5th Edition was announced, but we had actually sold the IP and publishing rights to Seyvoth – as well as all our other products at the time – to another company in 2014,” he said. “We reacquired all the rights in December 2016 and that one not only seemed like the easiest one to convert but, since it was nominated for a 2013 ENnie, was the one with the most notoriety.”

With the conversion already started, Flor reflected on the gratification of seeing others delve into the Seyvoth Manor.

“The greatest feeling any publisher can have is to visibly see someone else using your product and enjoying it, and I got the chance when the Total Party Kill podcast did their “Shocktober” where they ran through Seyvoth during Halloween,” he said. “Granted, it took them four years to get through it, but was still amazing and very satisfying to see someone else plod through that which you created.”

What was your favorite one-shot D&D adventure? Tell us in the comments!

TAGGED: kickstarter of the week