If you’re a fan of Fortnite, you probably know that it’s now banned from Apple’s App Store, and the company’s fight with Epic Games could take years to resolve. No need to worry, since you can join the worldwide Fortnite phenomenon with the Xbox One S Fortnite Battle Royale Special Edition Bundle, on sale for a limited time through Nerdist.

Fortnite Battle Royale is a free-to-play game that pits you against 99 other players on a giant map, building and destroying the environment as you go, to fight until only one player is left standing. Jump into intense player versus player (PVP) combat or play mini-games in Fortnite Creative, all on Xbox Live. Included is an exclusive Dark Vertex Cosmetic Set that comes with a Legendary Outfit, an Epic Glider, and a Rare Pick Axe. Plus, you can purchase additional cosmetic items or a Battle Pass using 2,000 included V Bucks. 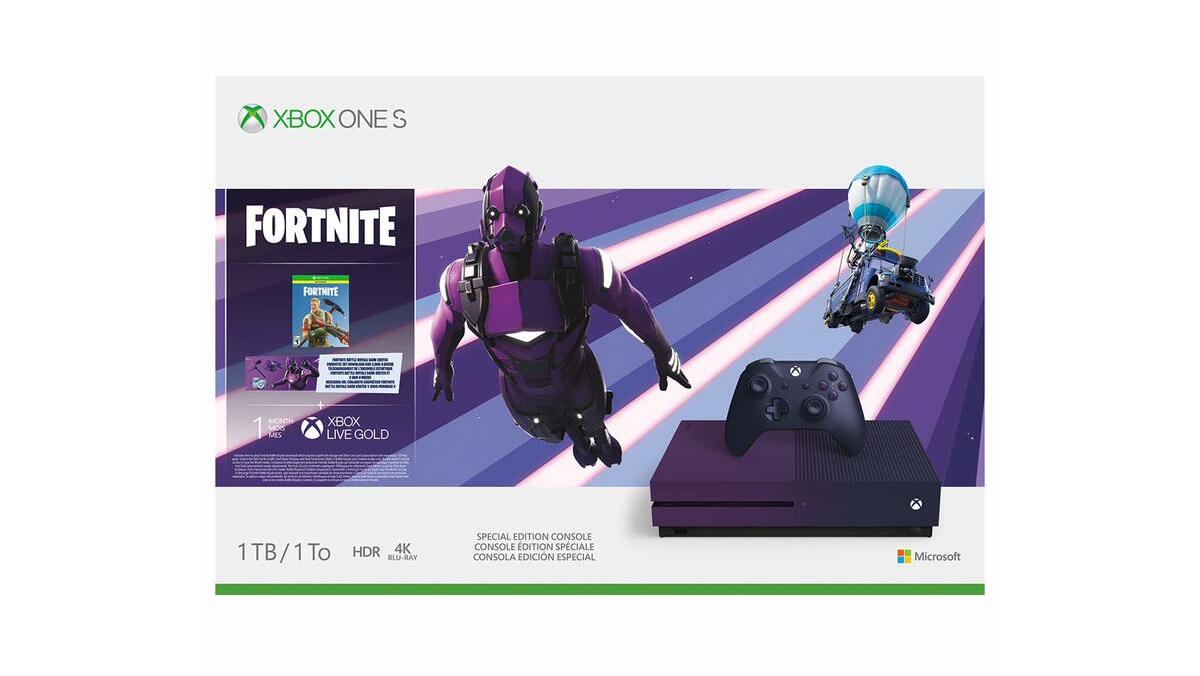 Rated 4.8 out of 5 stars on Amazon, this Fortnite-themed Xbox lets you enjoy thousands of games, including hundreds of exclusives and over 550 classics from Xbox 360 and original Xbox. Watch 4K Blu-ray movies and stream 4K video on Netflix, Amazon, Hulu, and more. You’ll also experience richer, more luminous colors in games and videos with its High Dynamic Range technology.

So, if you want to snag this awesome gradient purple Xbox One S console and its purple Xbox Wireless Controller, you should take advantage of this special offer through Nerdist before it’s too late. For a limited time, you can get the Xbox One S 1TB Console Fortnite Battle Royale Special Edition Bundle Purple New Open Box – New Open Retail or Brown Box for just $449.99 (reg. $499), a savings of $49.

Join the worldwide Fortnite phenomenon with the Xbox One S Fortnite Battle Royale Special Edition Bundle and get ready to battle to be the last one standing.