Reinforce that Barricade: We've Got More Info on the Dead of Winter Expansion - Nerdist

Reinforce that Barricade: We’ve Got More Info on the Dead of Winter Expansion

We’re getting more information about the upcoming Dead of Winter stand-alone expansion titled, “The Long Night.” Over on their website (and on Twitter), Plaid Hat Games has begun teasing us with a few cards and some explorations of the new mechanics. 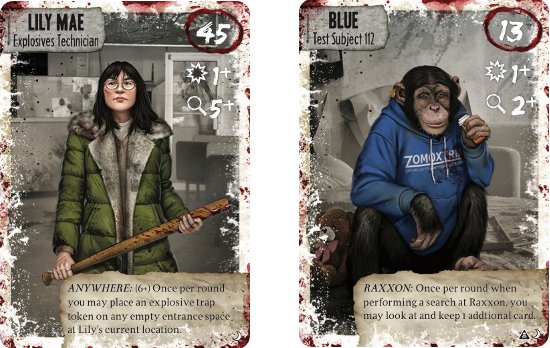 Meet Lily Mae and Blue, just two of 20 new survivors in the expansion.  Blue helps your search Raxxon Labs (more on that later) and along with  Lily makes short work of zombies with her incredible attack value of 1+. Lily also thins out the dead by setting explosive traps, just one of the new options in Long Night. Explosive traps are on the back sides of the standard barricade tokens and, when triggered, can kill all the zombies at a given entrance. Many of the tokens in the new set will be double-sided meaning the game just got twice as complex (and twice as fun) right out of the box.

We also got a look at three item cards. First we’ve got “Fuel or Fire,” an example of the new two-use starter cards that offer increased versatility especially in early rounds. You might also hope to find some Football Pads which prevent that all too dangerous “bitten” results. Then there’s the pulse cannon, one of the weapon cards survivors can find by searching Raxxon Labs. This is a seriously incredible weapon. Sorta makes the shotgun seem a little silly. 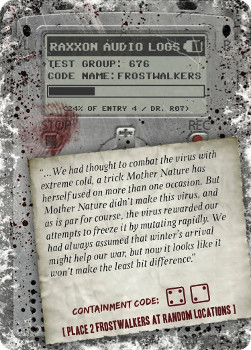 Raxxon is shaping up to be quite an interesting place. If the pulse cannon is any indication, there are lots of cool items to be found but Plaid Hat Games is quick to remind us that other, more dangerous things lurk in the strange depths of the now abandoned laboratories. Adding Raxxon comes with the added risk of letting some super zombies out into your game world. Plaid Hat Games also teased some of the new zombie designs with Raxxon audio log transcripts and zombie images on their twitter.

Most interestingly, Plaid Hat has created www.myraxxon.com , an online ARG experience where the player tries to hack a terminal at Raxxon and root around in all their important data. We’ll even give you a head start into the mystery: bloody munchies. You really should go try it out for yourself, but rest assured there are some other super-zombie types, hints on new items as well as a whole lot of flavor. If you can hack your way far enough, there are also hints to what we think are some of the two scenarios promised in the expansion. Yes, it seems the fate of humanity might actually be in your hands. 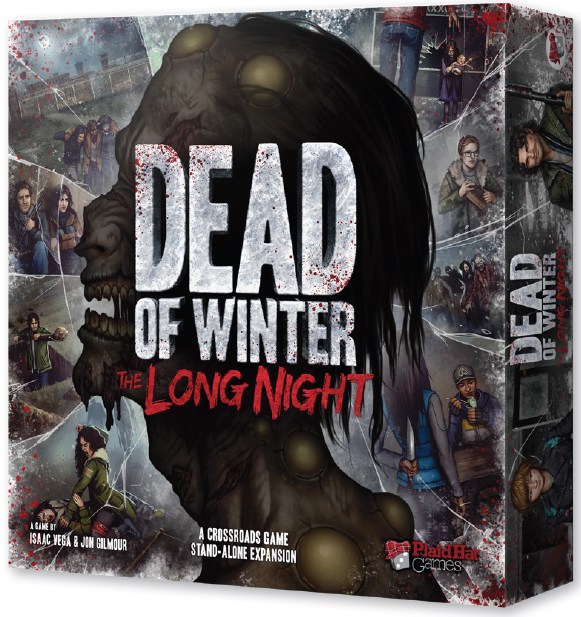 The more we know about the new game, the more questions we have. Designers have already confirmed that the new survivor colony is situated in the same town. That means that even if the standard locations like the gas station are getting new item decks in the expansion they are still the same gas station we’ve been exploring in all our previous playthroughs. Does that mean you can play both games at the same time, with both survivor groups competing for the same resources? We don’t know yet. There are still a lot of secrets waiting to be revealed. Maybe we’ll take another crack at the ARG and try and get some more info. Stay tuned to this site for up-to-the-minute news.

Barricade yourself in the comments and tell us what you are hoping to find in the new expansion, or who your favorite survivor is. Can you imagine if you had Felicia Day and Rich Sommer on the same team? Amazing.