Black Panther blew everyone away this spring with an epic tale of royal intrigue and high tech action. Much of the films unique visual storytelling came from the Afro-futurism movement. This movement in science-fiction draws inspiration from African myths and legends and suggests that their cultures will be ascendant when the human race take to the stars. New Agenda Publishing hopes to capitalize on both the film and the movement’s popularity with its first RPG, ORUN: Post-Apotheosis Afro-Centric Space Opera RPG. 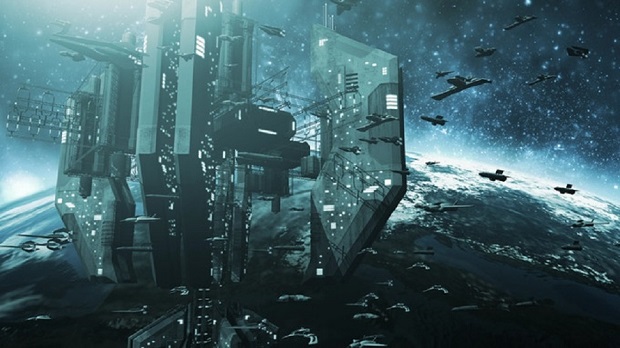 An apotheosis is the idea that humanity has evolved to the point where it is indistinguishable from divinity. It may not looks like we’re ever going to get there from here, but in the setting of ORUN, we achieve apotheosis with the help of the Orisha. These beings take their name from the Yoruba religious tradition and help humanity unite and truly prosper. Humanity travels the galaxy as beings of pure thought and motive and harmonizes with the universe.

That is until a stray thought evolved into a memetic virus called Soponoa shattered the unity of the galaxy, and that’s where the post in the game’s title comes in. A harsh war roils across planets destroying some, disconnecting others. The Union of the Ascendancy barely holds things together long enough to contain the virus but the damage has been done. The galaxy has fractured into factions and needs heroes to reunite it 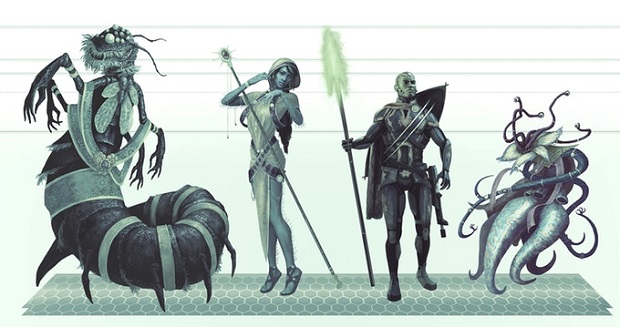 The players play those heroes, the Djali. These Luminaries are in contact with the Oluru that stayed in their ascendant state. The Oluru reach down through the Djali to help the species of the galaxy attain their heightened state again. The Luminaries must negotiate the intrigues of the new factions, explore lost worlds and discover new ones in their pursuit of enlightenment. There’s a Quickstart available right now for backers that features five of the Peoples of Orun to play, while the core book promises to have even more choices for characters to play.

In addition to a unique take on a space opera storyline, New Agenda Publishing also looks to get some fresh faces and new voices to give life to their setting. New Agenda is the brainchild of industry veterans Eloy Lasanta, Misha Bushyager and Jerry D. Grayson. They’ll be working on ORUN along with several new names to writing such as Samantha Day, Sharene Gilchrist and more.

Backers can get their choice of digital or hard copies of the book as well as a high level where they can work with the design team to have one of their ideas appear in the book. There’s also a level to provide books to marginalized communities while still receiving one as a reward. The future arrives on November 16th so back ORUN before then!

What’s your favorite sci-fi story? Tell us in the comments!