The first season of the live space adventure series Orbital Redux is coming to a close, and it’s going out with a bang in the form of the world’s first live “Zero-G” sci-fi stunt. “Moon Station” will see star Yuri Lowenthal (the voice of Spidey in PS4’s Spider-Man) reunite with his stunt performer on the video game, Seth Austin. Lowenthal’sÂ  character, Max Levodolinksy, and Max’s trainee Tommie Al-Qasimi (Yasmine Al-Bustami) must save their ship from destruction, and a live spacewalk is going to happen.Insert dramatic music here. 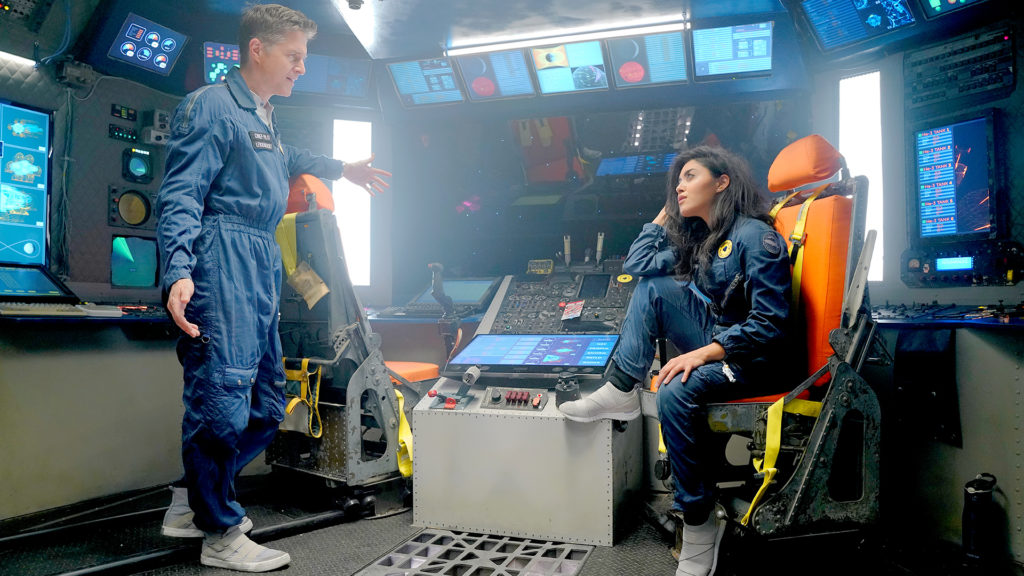 Spacewalking is a tricky maneuver, but luckily Lowenthal knew who to call. He said, “Given the insane challenge of simultaneously pulling off a literal high-wire stunt while performing for a majority of the show in an Iron Man-style space helmet setup, and doing it all live, there really was just one option for success. I called Seth and asked if we could repeat the approach weâ€™d perfected for Spider-Man, where I did the voice work while he simultaneously did all the thrilling acrobatic physical stuff. He was in as soon as I said ‘live spacewalk.'”Orbital Redux‘s season finale airs live today, Thursday, November 15 at 5:45PM PT on Nerdist‘s YouTube, Geek & Sundry‘s Twitch Channel and Alpha. The only place viewers can vote in real time and influence the story is on Alpha. Not caught up on the series? Tune in to the Orbital Redux marathon starting at 3:40PM PT today on Nerdist‘s YouTube, Geek & Sundry‘s Twitch Channel and Alpha.