Need A Quick Encounter? GM Tips Has You Covered: Things To Do While Dead... - Nerdist

Need A Quick Encounter? GM Tips Has You Covered: Things To Do While Dead…

GM Tips is our series to help Storytellers and Game Masters improve their craft and create memorable roleplaying experiences. GM Tips has focused on advice, but sometimes we just need quick content past a writer’s block. These one-shot encounters are designed for inspiration in any system.

Let’s just call a spade a spade shall we? Someone in your party is going to bite the bullet at some point. Maybe one of you, maybe all of you will die—but much like going to a casino, eventually, the dice will botch upon thee. In most game systems, death isn’t the end of the character. Ressurection spells, sleeving into new bodies, or just using time travel to undo those last few rounds can (and will) come up as the characters’ power increases. So what do you do as a storyteller when you’ve got one or two PC’s sidelined while waiting? You could have them take over NPC’s… or you could introduce them to Purgatory Poker.

Waiting in the afterlife is a time-honored tradition. You die, you get there, you sit around in a waiting room (or a really long line) behind the countless other people who’ve come before you. You aren’t fully dead and passed unto the afterlife yet, and your God surely hasn’t sent a cleric down to resurrect you… so you’ve got some time to kill. So do the other six-billion others in front of you. Enter the game of Purgatory Poker. If you win, you get to cut your way in line to the next person until you eventually reach the God of Death (aka your storyteller). Here’s how to run it. 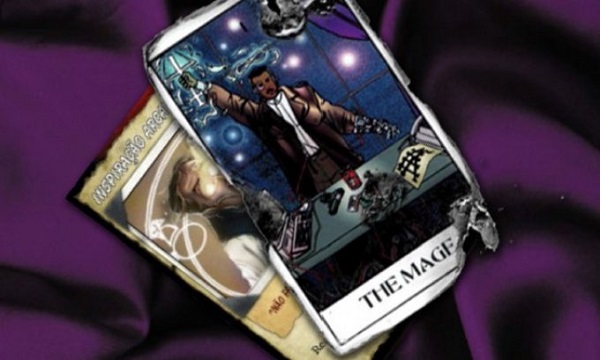 Purgatory Poker is a quick card game you as a storyteller can play with the recently deceased. Slap a stack of cards down on the table near the player along and pause the combat for a minute. Describe the horrible soul-rending journey that a mind undergoes as it leaves behind the mortal coil, tumbling down into eternal oblivion (with appropriate music). Once they’ve arrived at their destination there will be a massive line trailing out of the gates… a few hundred years long. Your players may be curious about this line, or this new found between-world and may already have questions. Usher their characters into where they will meet a terribly flamboyant and exciting necromancer by the name of Vincent who happily thrusts some cards into their hands.

Resume the combat that the rest of the table is underway at. When they’ve finished a turn, zoom back in on your dead (or increasingly dead) party. Vincent will explain that with over a hundred years to wait before anybody gets processed, they’ve invented a gamble to pass the time. Winning lets you cut in front and losing means you can’t challenge the person directly in front of you a second time. You’ll need a new sucker, er, dead person to beat you and the next one in front of you (after taking your spot of course). With absolutely nothing else to do, it shouldn’t be hard to convince your players to play Blackjack against you while the rest take their turn. The cards are rigged of course, and the very first hand played, Vincent openly pulls the card the PC needs to win from the deck and just gives it to him. So Vincent loses.

As does the next person.

As does the next person.

In between each; have some fun with the dead the player’s encounter. Maybe some of them were put there by the PC’s themselves. Everyone the player encounters is eager to cheat to lose and let the players cut ahead of them. Because of the rules for Purgatory Poker, this means that in turn, they could all finally challenge the one they’ve been stuck behind (or so they say).

The game is eternal with a massive stretching line and at the very end, souls just fall off a massive cliff into the River Styx and stay there for eternity. Nobody in Purgatory Poker wants this, and all of them are just biding their time in hopes a resurrection spell comes along. Hopefully, your party members’ friends achieve that part before its too late!

Are you in need of quick encounters? Let us know in the comments what system-agnostic encounters you need!

Featured Image by: Festival of Drifting Souls by Legend Of The Five Rings