Make Your Own At-Home Movie Theater With These Projectors

As technology advances, more and more delights that once require a trip out in public can now be enjoyed at home. Among the many advances in living room entertainment in recent years has been a revolution of affordable, portable, and high-quality projectors. Here’s a collection that’s on sale and curated to take home movie watching to another level.

This i-Phone-sized gadget projects up to 200″ of visual entertainment to help you create the ultimate portable multimedia experience. Featuring a brightness of 200 lumens, Prima boasts four times the brightness of other portable projectors. Using its Android-powered, 64-bit quad-core processor, you can download apps from the Google Play Store and stream directly from the projector. 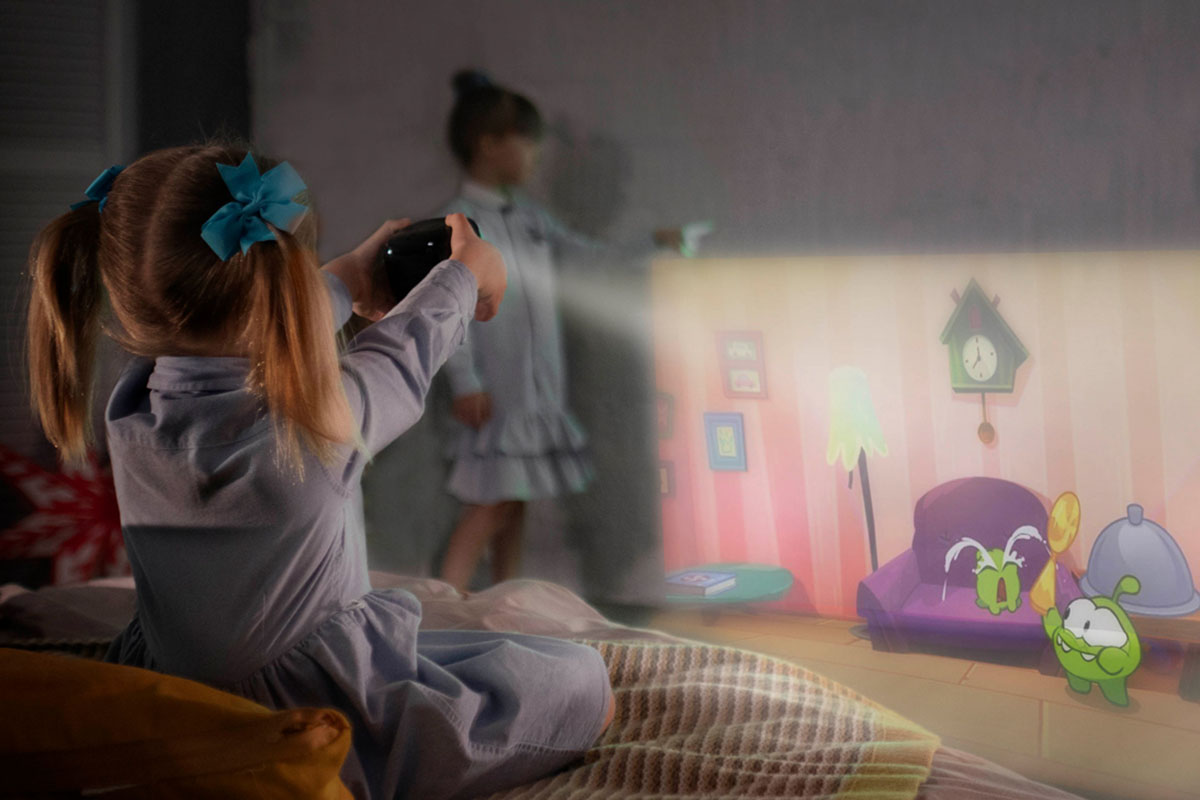 CINEMOOD 360 is the world’s first 360° capable interactive projector, and it was designed for your family. The standalone device requires no plugs, cables, or cords, and features built-in access to Netflix, Amazon Prime, YouTube, and more. PR Newswire wrote, “CINEMOOD 360 creates endless possibilities for bringing content to life.” 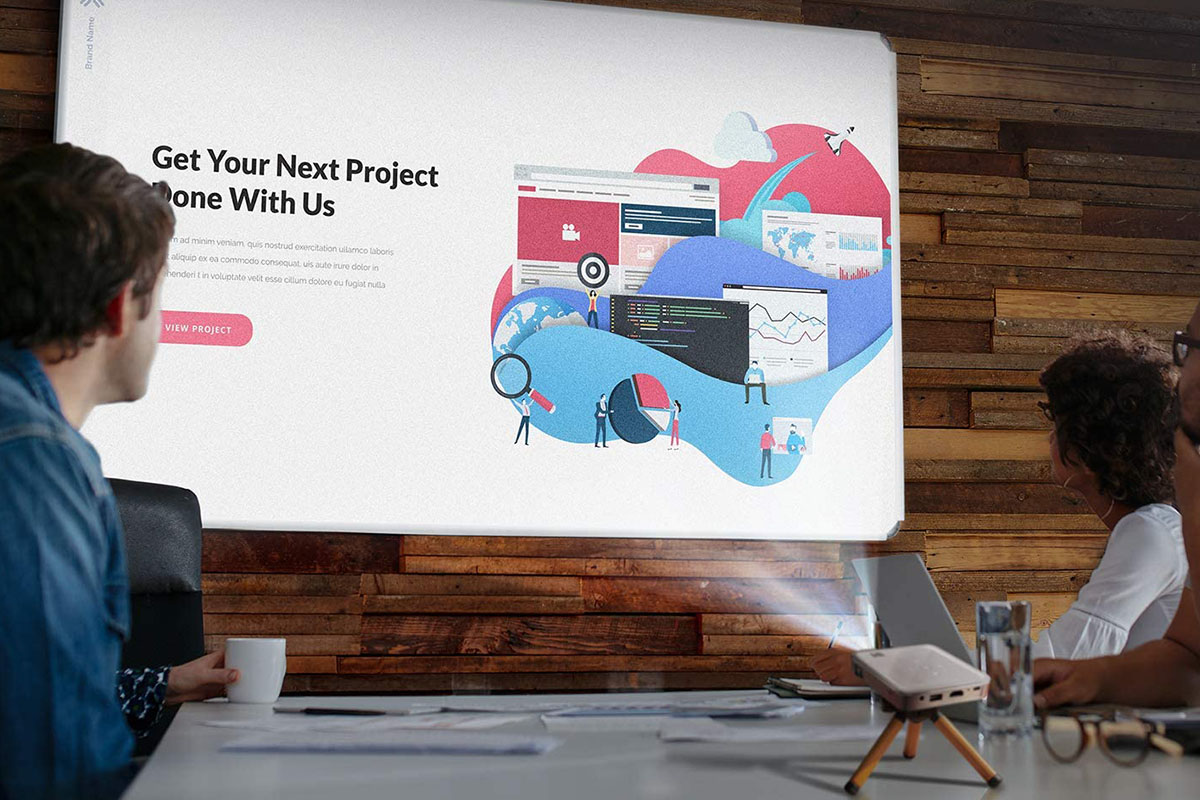 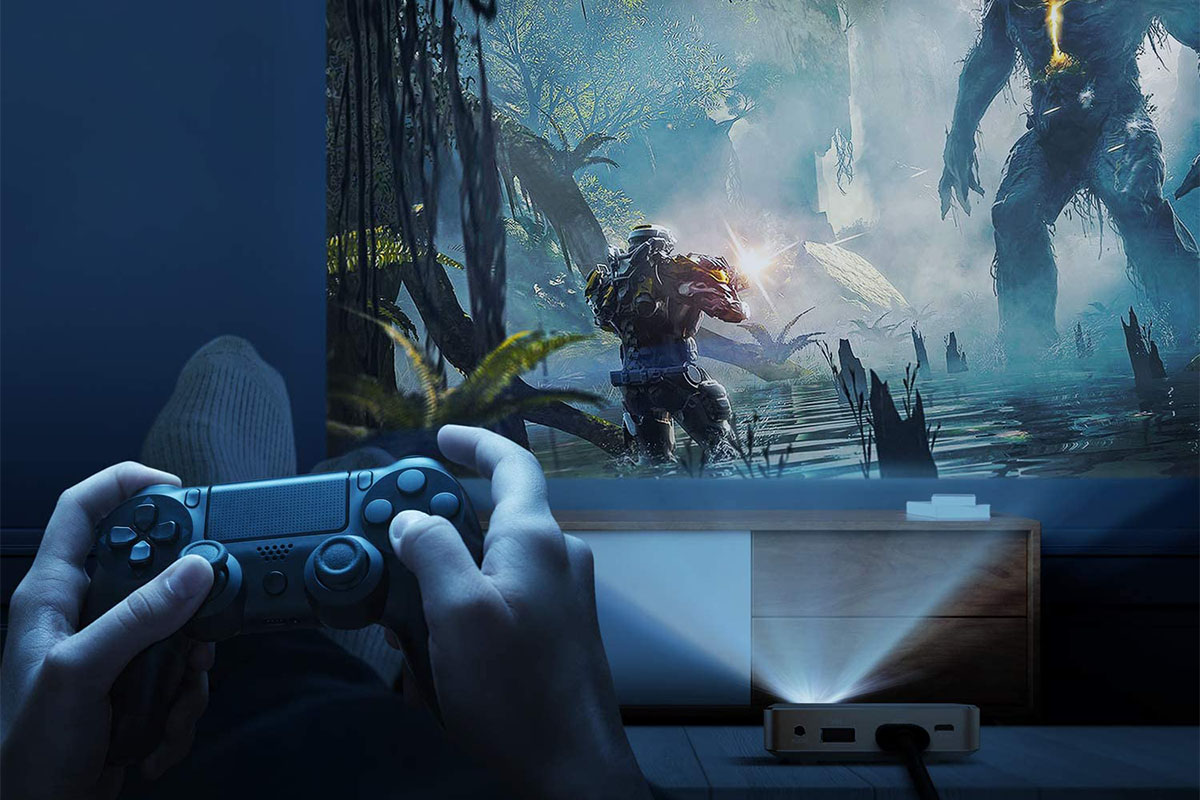 Another well-reviewed Kodak Luma, this projector has earned 4.5/5 stars on Amazon’s Choice for its movie-screening capabilities. Featuring one-touch controls, and a pocket-sized build, the Kodak Luma 75 can play HD videos in up to 1080p resolution on a 16:9 screen for up to 2 hours per charge. Its blend of portability and clarity is matched by few. 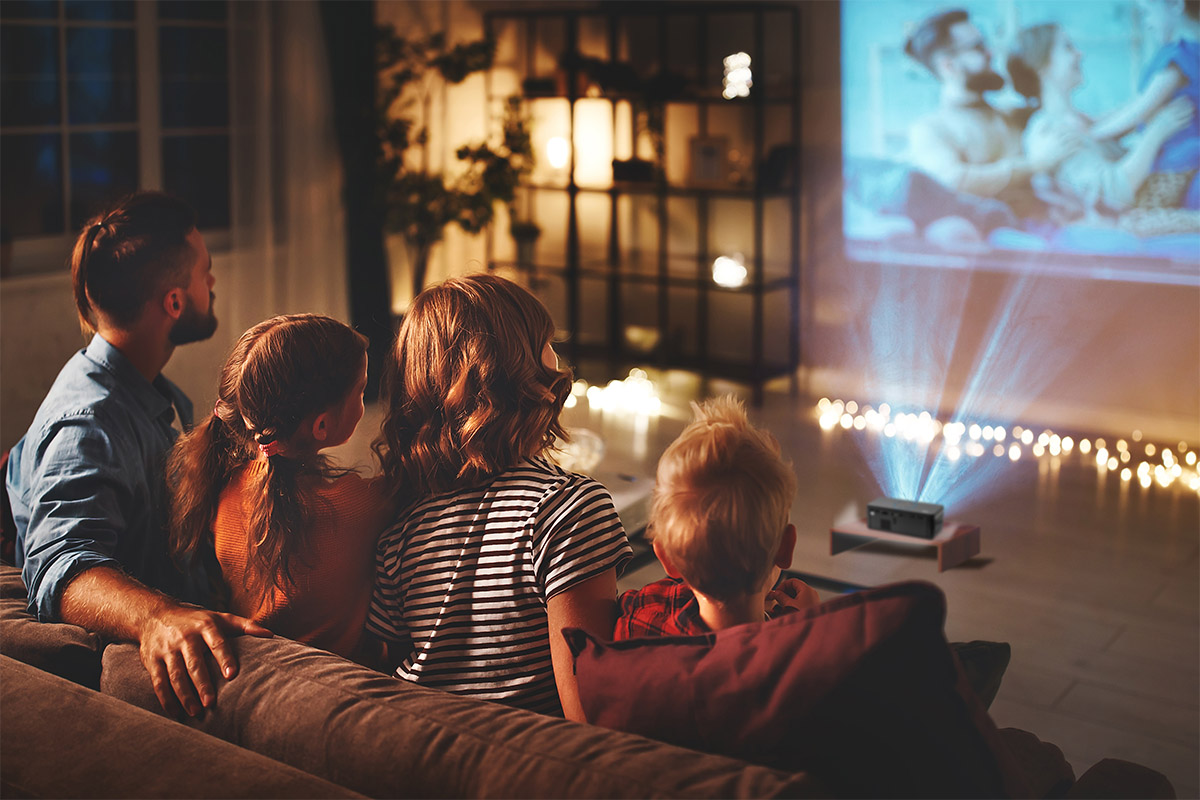 This powerful device delivers vivid visuals and crisp music all at the same time. The AAXA BP 100 Lumen nHD Speaker Projector combines a high-quality Bluetooth speaker with a premium DLP projector. It produces 12W of room-filling sound and 100-lumens of high-quality video. 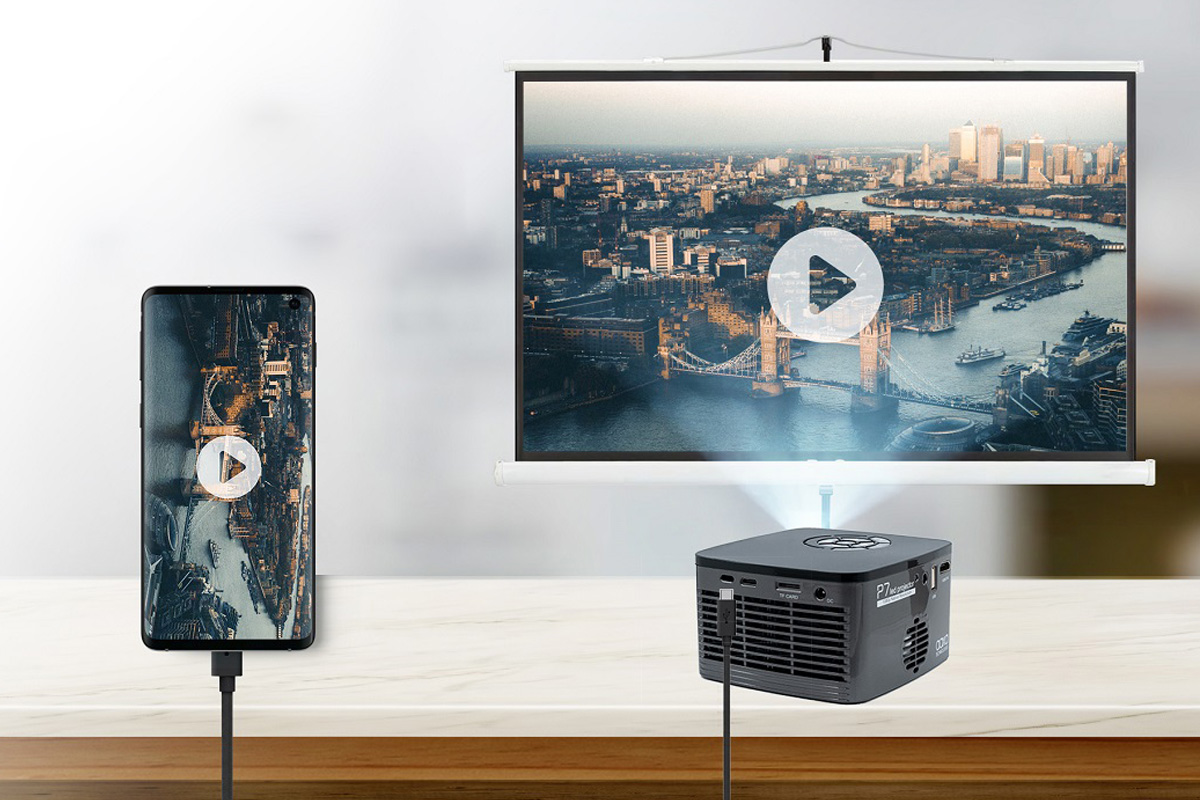 For those who enjoy the AAXA brand, but are looking for a more powerful and high-quality projector, this 600-lumen option is right for you. Delivering true native 1080p (1920 x 1080) performance, it can produce a bright, clear 120″ display anytime, anywhere. 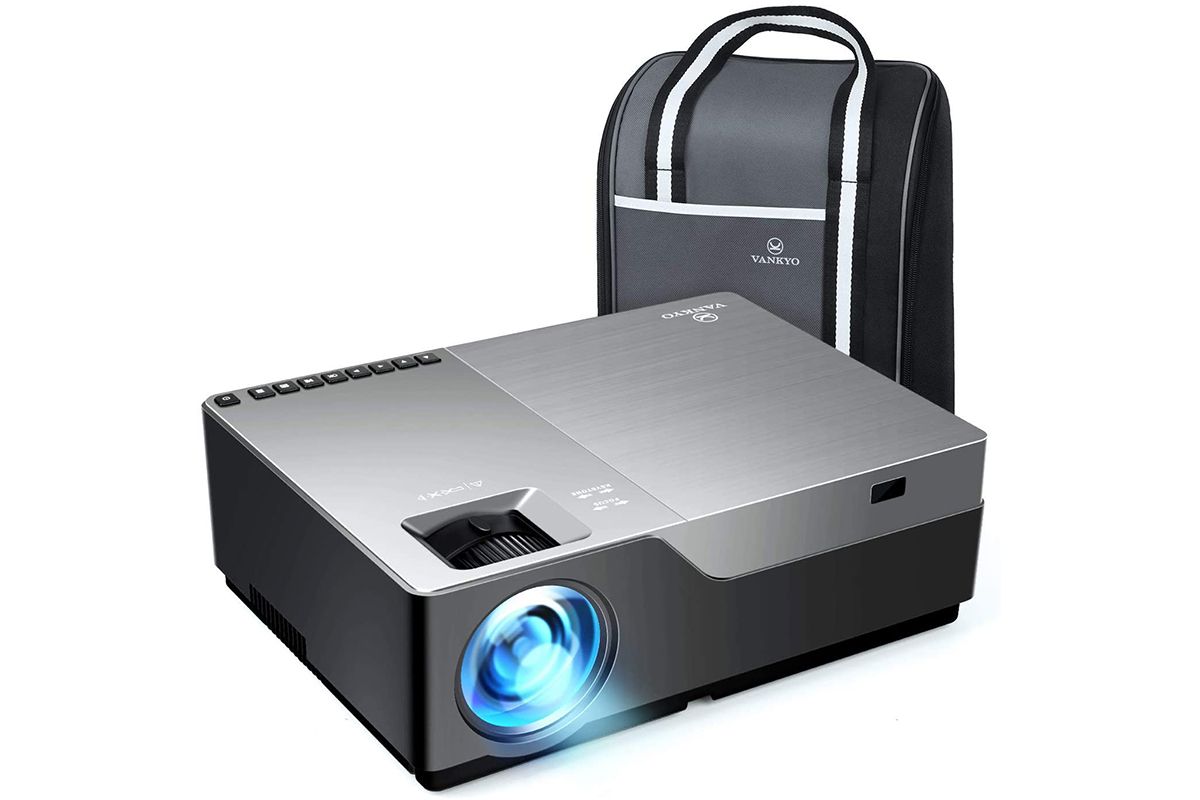 Earning 4.5/5 stars on Amazon’s Choice, this VANKYO projector offers a native resolution of 1920×1080, and a contrast ratio of 5000:1, which offers 3 times the detail of 720p projectors. Its display can also go up to 300″, which alongside dual stereo speakers provides a true cinematic experience at home. 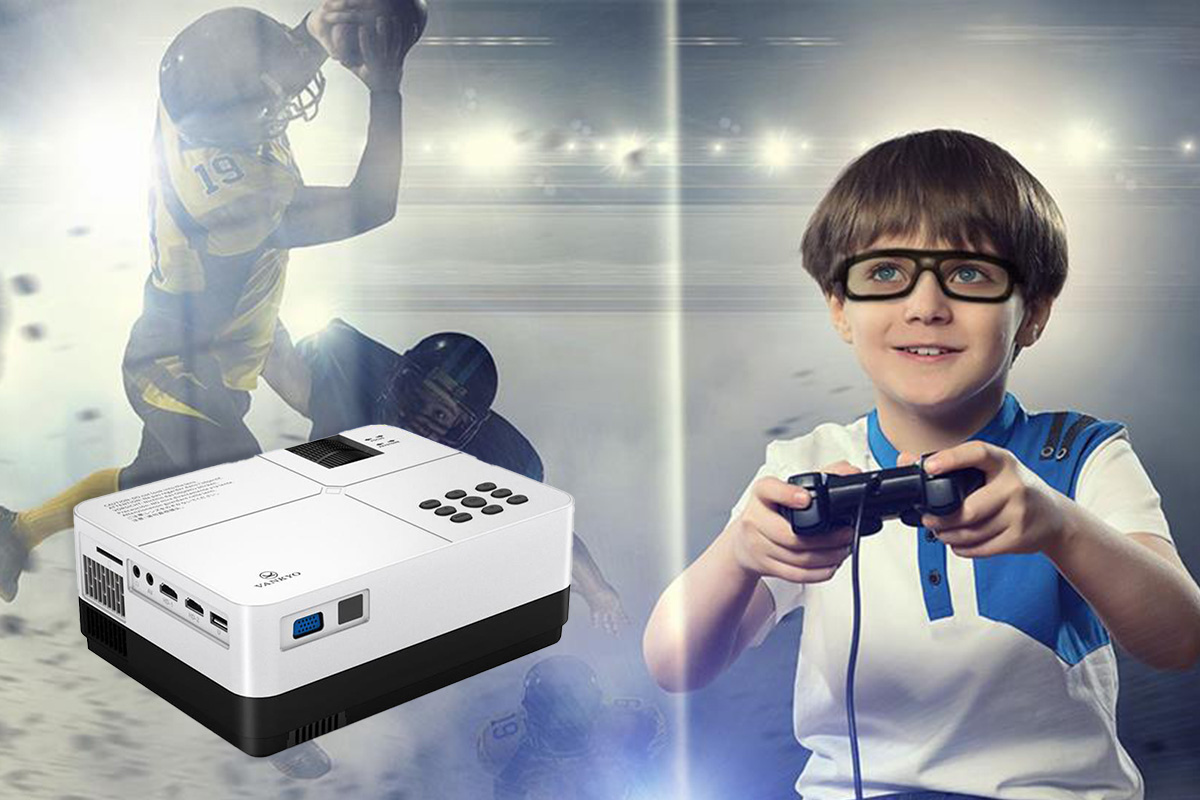 For a more intimate and portable VANKYO projector experience, check out this advanced mini model featuring LCD technology and upgraded audio. Despite its small build, this leisure projector provides 1920x1080p resolution and up to 200″ of display for movies, games, and shows. 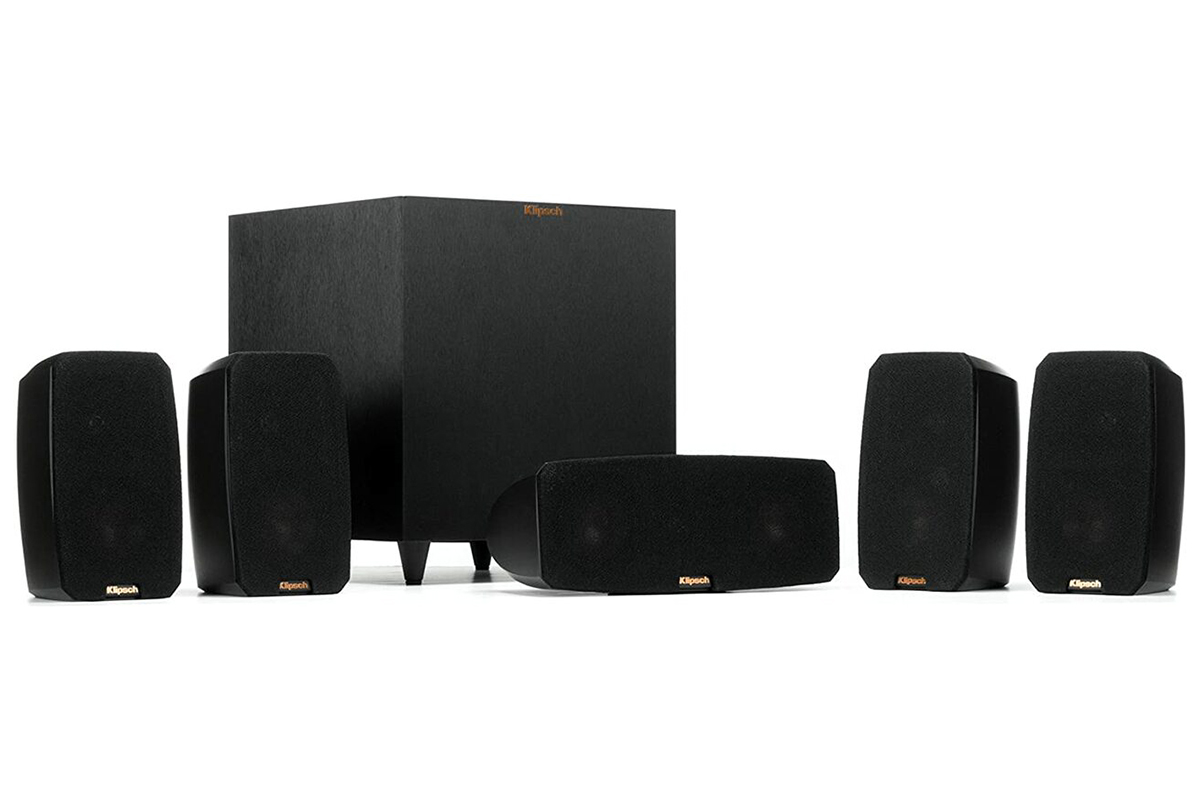 This 5.1 channel system features Tractrix Horn technology, a wireless powered subwoofer with fantastic acoustics, and the cleanest, most natural sound you could ask for. Pair up this well-reviewed sound system with one of these discounted projectors to complete your home theater. 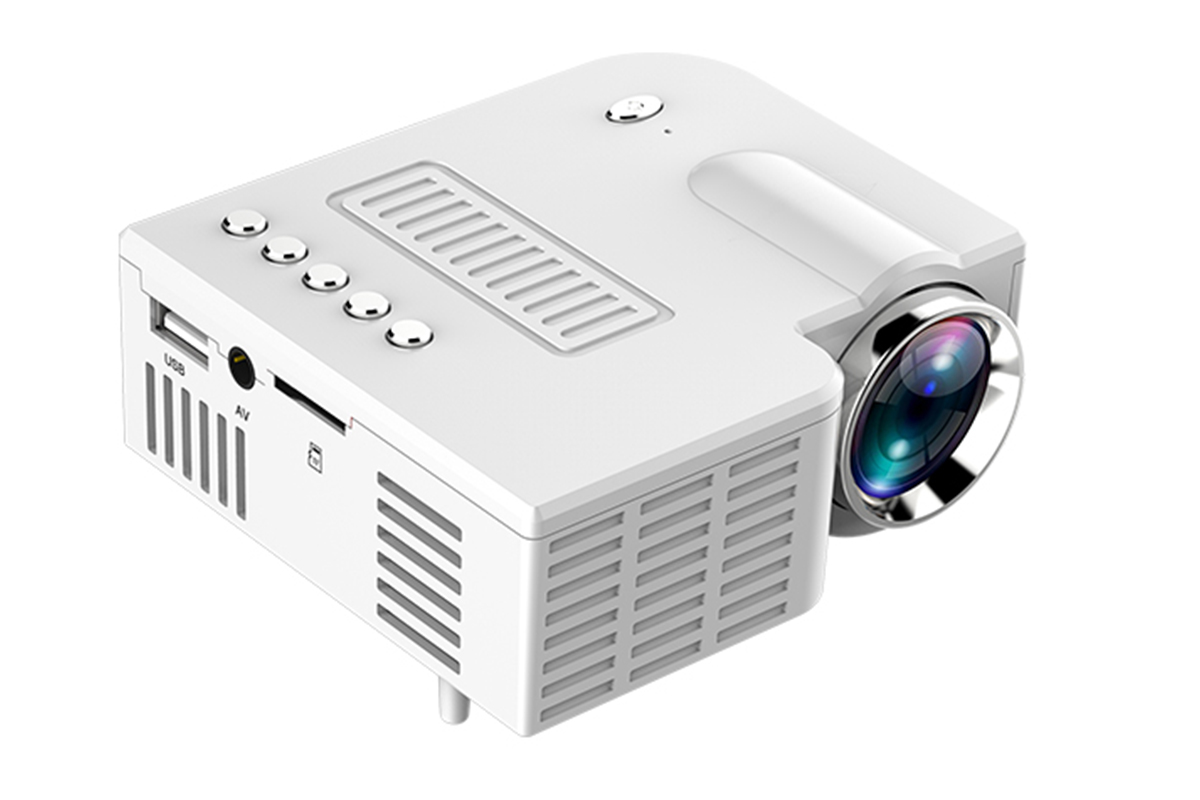 This smart projector can screen videos from your phone to a large, 200″ screen. Using Wi-Fi or an HDMI cable, you can take advantage of its 360° horizontal & vertical keystone correction for breaking the limit of placement, and cinematic independent speaker. 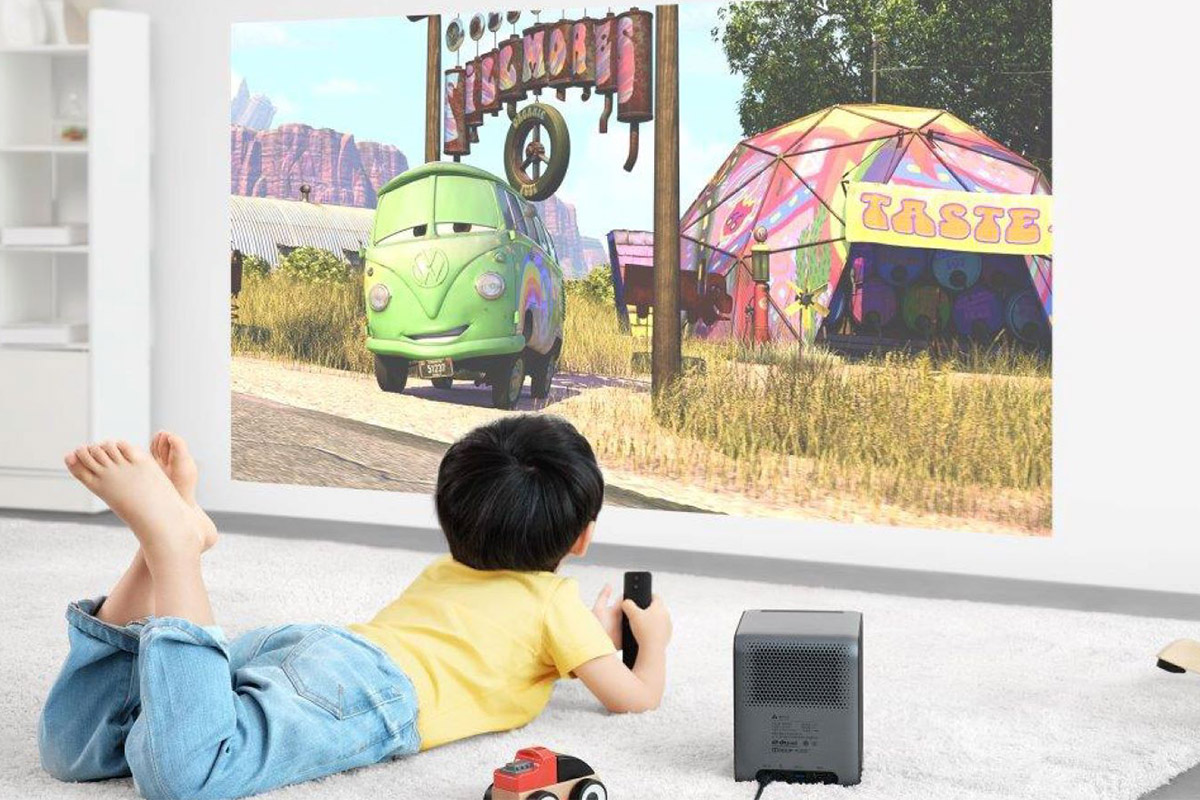 Featuring instant autofocus for crystal-clear visuals from a long distance, this portable smart projector is high-resolution and a standout amongst competitors. It also features AndroidTV, Google Assistant, and a 120″ display powered by 700 lumens. 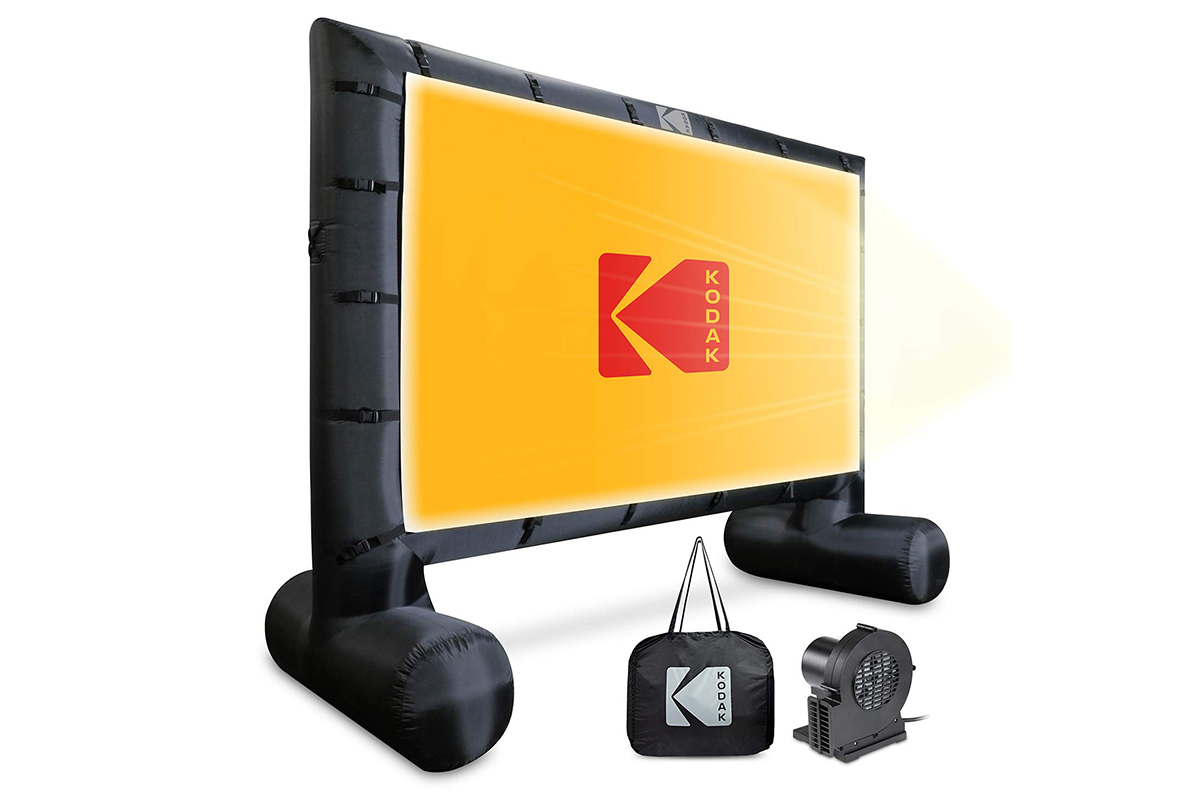 To take your home viewing to a truly cinematic level, you’ll need to invest in a proper screen. There’s no example better priced and suited for a family’s viewing than this 12-foot inflatable product from Kodak. It comes with an air pump and is easy to set up for screenings the kids will remember for years to come.

Get the Kodak 12Ft Inflatable Outdoor Projector Screen for $189.99. 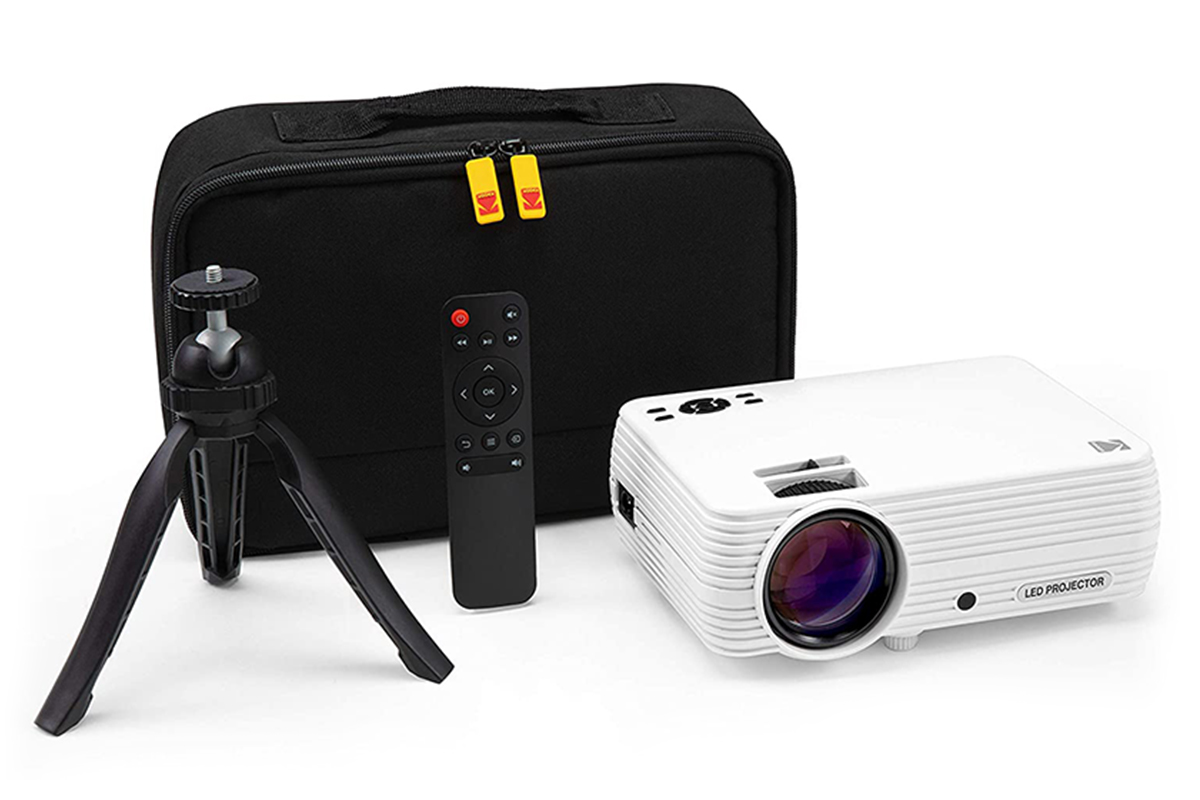 This acclaimed KODAK projector features a 720p display for a 16:9 screen up to 150″. Its 4.3/5 star rating on Amazon comes from an appreciation for its full HD support, easy setup, and built-in speakers, which deliver impeccable audio performance. 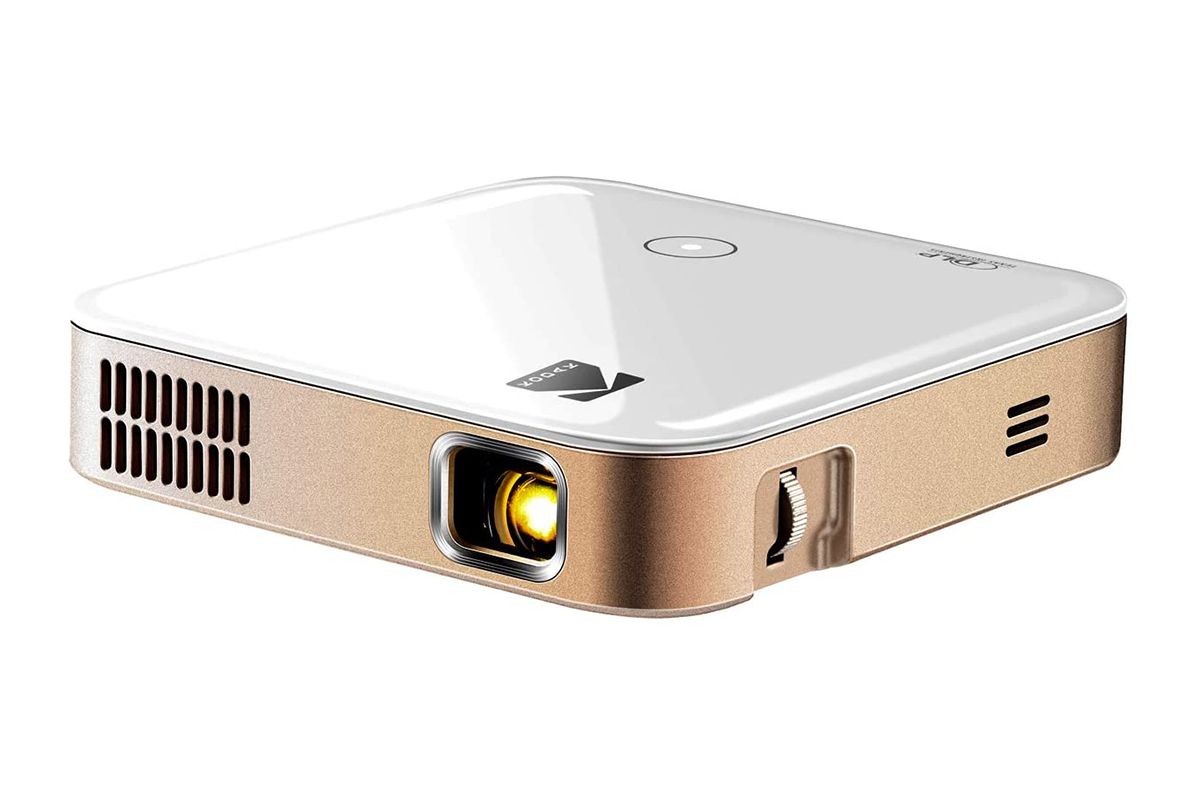 This Kodak Luma delivers cinematic image quality with premiere DLP projection, which renders HD videos and images with stunning color. The 200-lumen lamp projects images featuring up to 16.7 million colors and 4K detail for screens and spaces up to 200″. 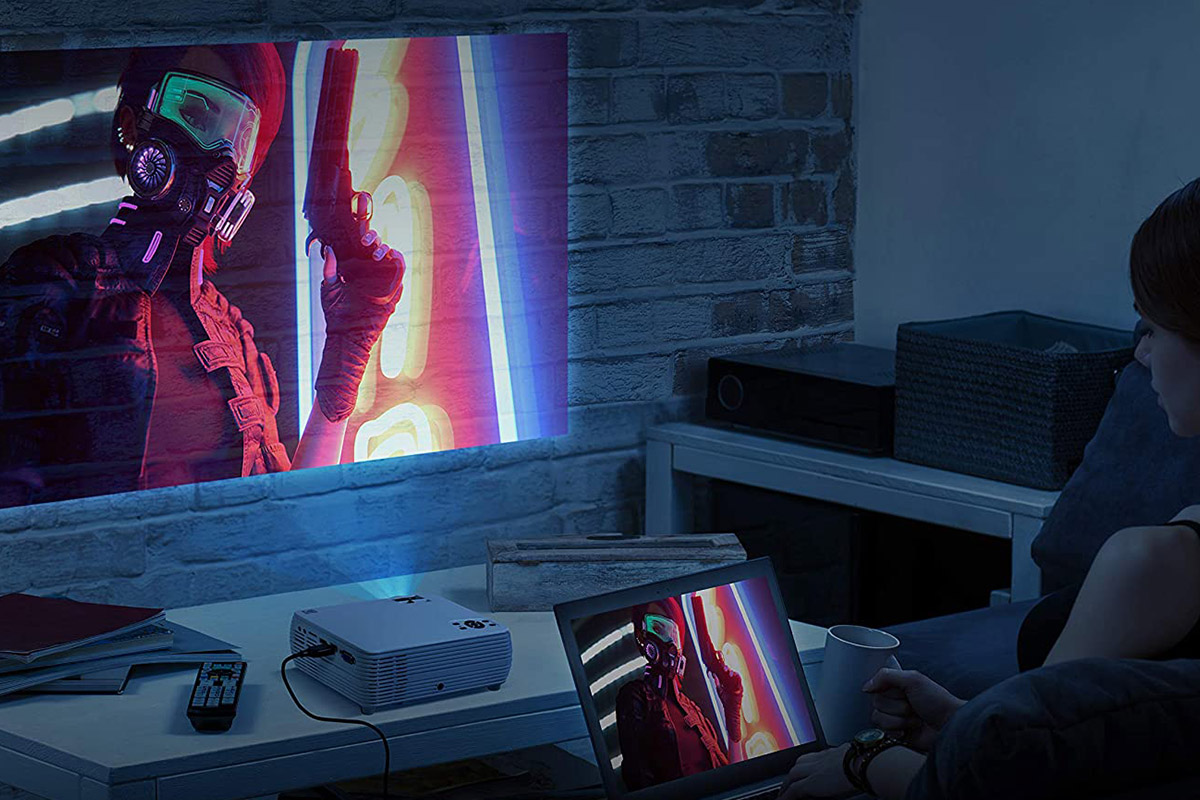 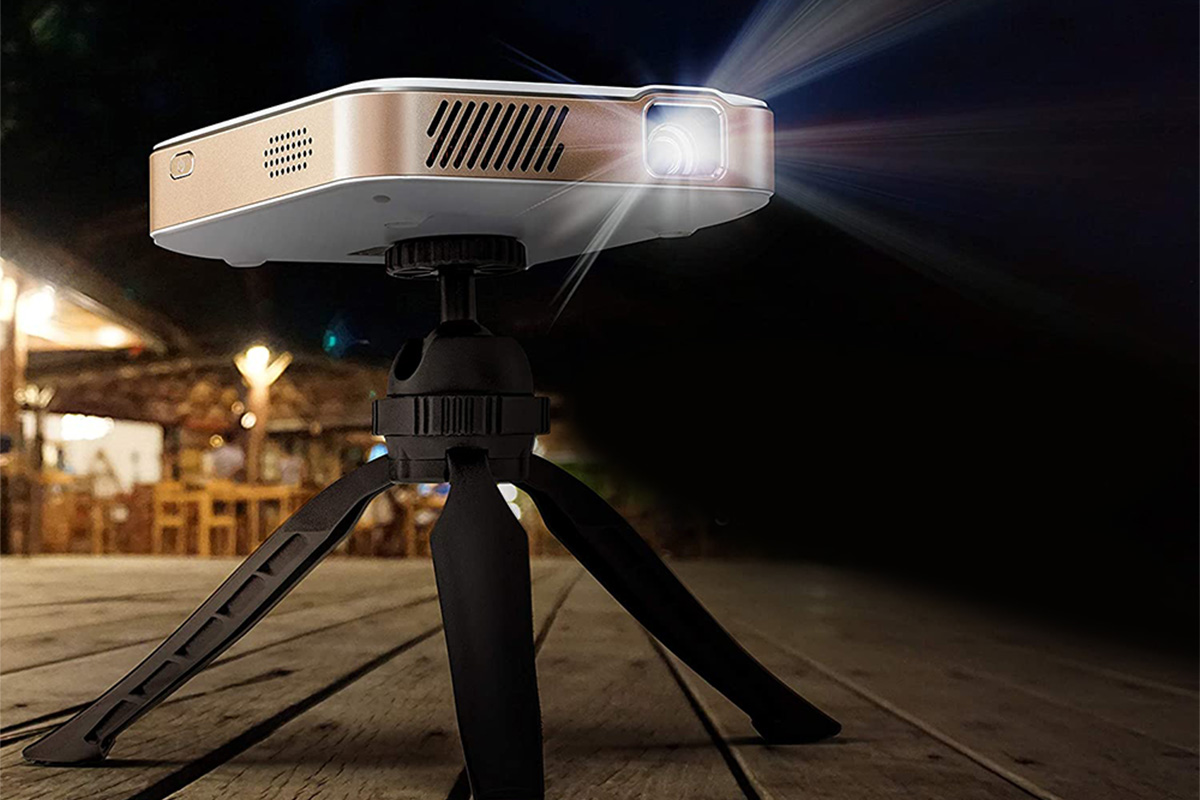 Put a movie theater in your pocket with this small projector that easily connects to all of your devices. Stream amazing movies and shows in full HD on a display as large as 170″ and use your phone as a remote with the advanced KODAK LUMA mobile app with amazing screen mirroring features.