Loki is coming to Disney+ for his very own adventures through time. On top of that, the God of Mischief is also coming to your kitchen table. It seems that the Prince of Asgard had enough time on his hands to steal Lucky the Leprechaun’s iconic cereal. To celebrate the MCU’s most devilishly likable villain (slash hero, slash time-hopping troublemaker), Lucky Charms is releasing a very special version of the classic cereal. Starting at 11 a.m. ET on June 9, the same day Loki debuts on Disney+, fans will have a chance to nab a box of Loki Charms.

On the inside, the cereal features the same frosted oats and marshmallows that breakfast fans know and love. But the box features a delightful cartoon drawing of Odin’s rabble-rousing son. It shows Loki, wearing his horned crown, looking way too happy with himself. The box also has a picture of the MCU’s Loki himself, Tom Hiddleston, on the side. And he looks like he plans on stealing your cereal the moment you put in back in the pantry.

The cereal will go on sale at MischievouslyDelicious.com beginning on June 9. But only 3,500 boxes of Loki Charms will be available to purchase. After that, they’ll be gone for gone. Sort of like an imprisoned Asgardian teleporting away from his captors with the Tesseract. 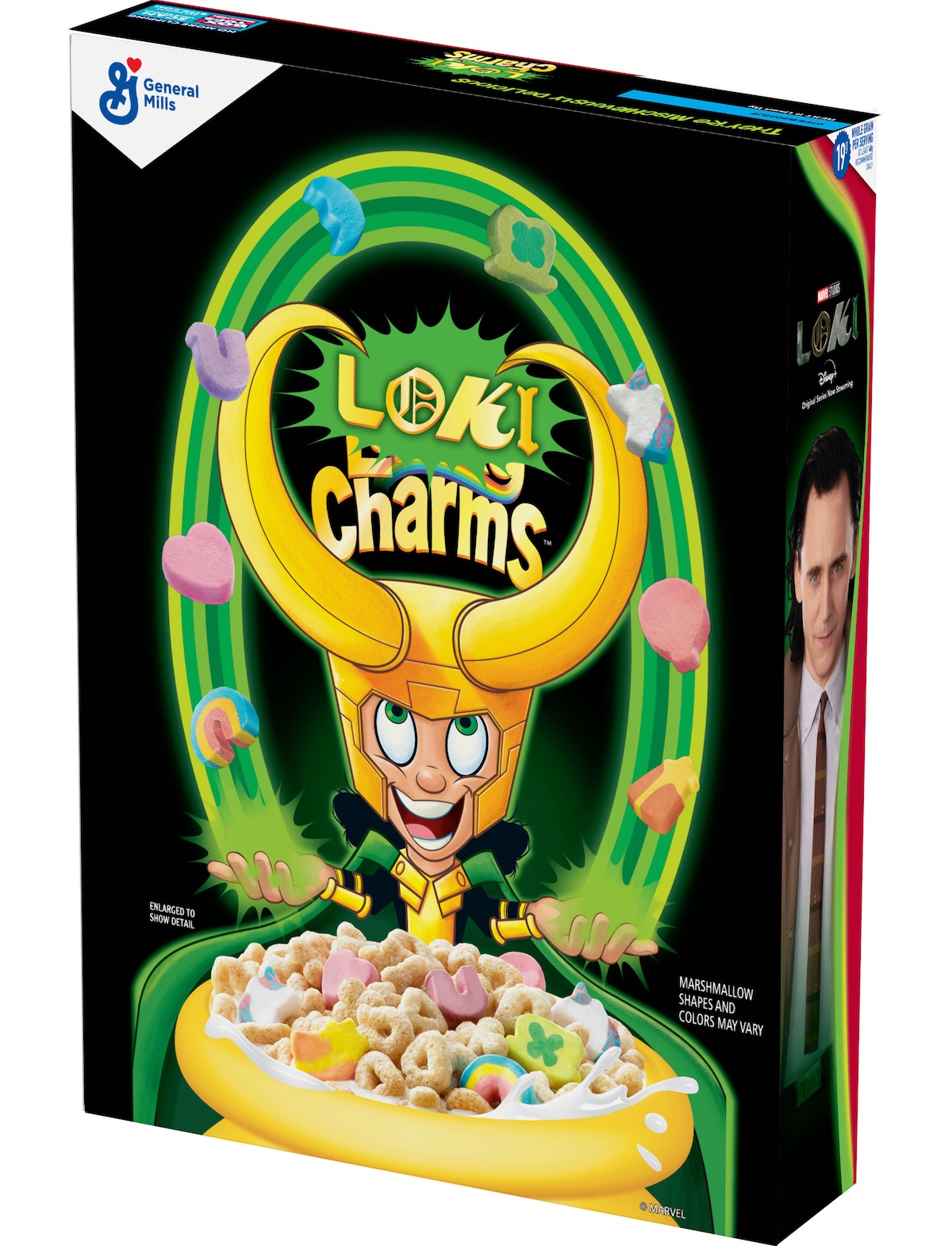 A box of Loki Charms will cost you $8, which General Mills says is “inclusive of shipping.” So good luck getting some. Or you can leave your own charms behind and head to the site now. If you are one of the first one thousand people to guess the secret password, you will snag a limited early access code. That’s not cheating. But considering you’ll be doing it for a box of Loki-themed cereal, it might be more fun to pretend it is.