In the 1980s, Keanu Reeves was formidably known as time-traveling teenage goofball Theodore Logan. In the ’90s, he became synonymous with mega-action hits like Point Break, Speed, and The Matrix. Along the way, the high-profile star endured an extra helping of jabs from the sharp-tongued media. And though this trend may have softened his stardom for a brief period in the 2000s, it didn’t take Keanu down. At the crest of the 2020s, Reeves has mustered as much good will than a human being could hope to.

The paragon of humble masculinity ranks as one of America’s favorite contemporary pop culture figures. This to the point where he inspires pieces of fan art, like this new tribute from artist Scott C. The many cinematic faces, bodies, hairstyles, and outfits of Keanu Reeves—all with puppies! 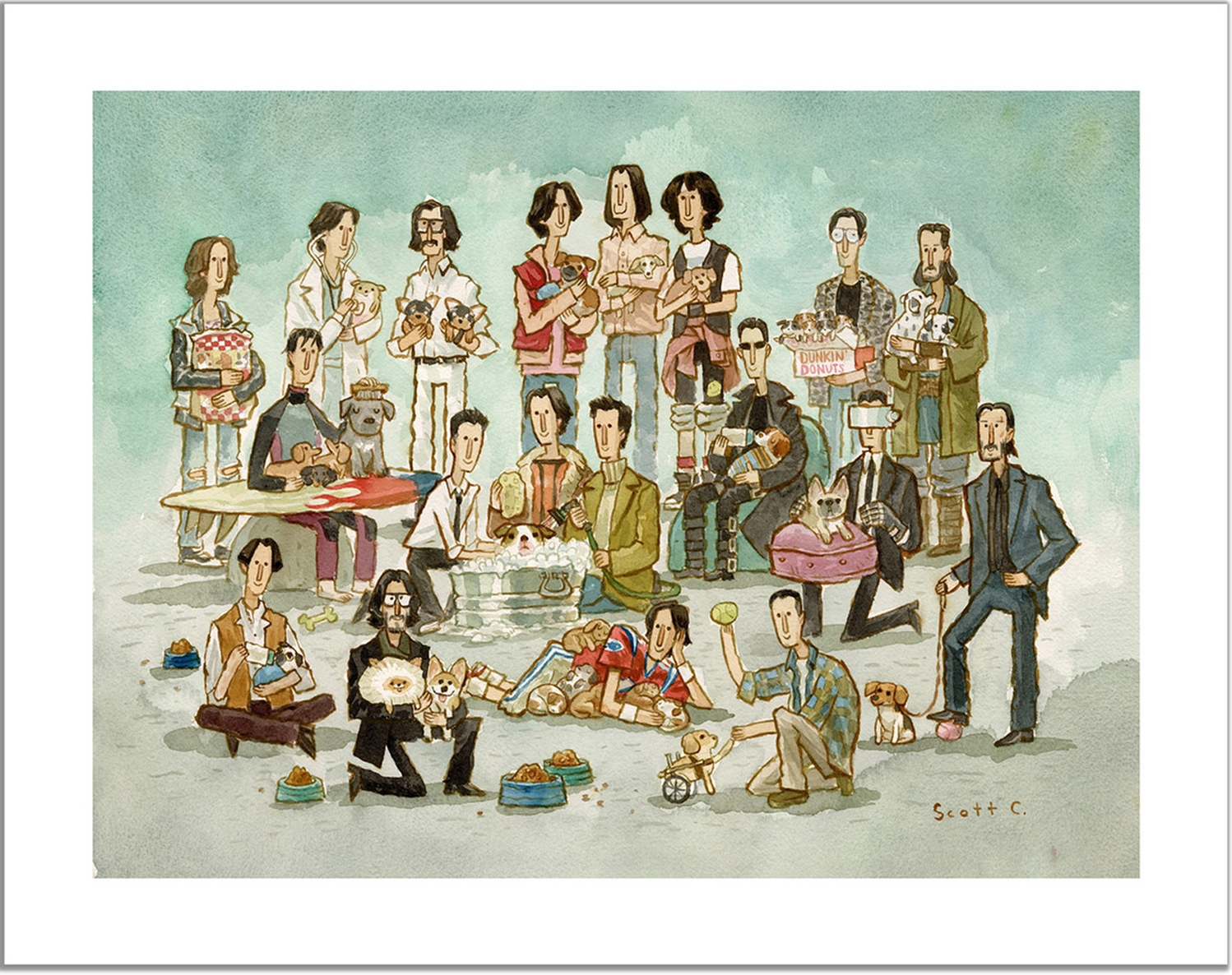 We first caught sight of this work over at Gizmodo. The 11″ x 14″ piece is—or will be—for sale over at Scott C’s website, home to the artist’s work en masse. At the time of this writing, you can only add the item to your “wishlist,” suggesting the proper sale stage has not begun. The site also notes that the sale will only run through July 25 at 8 PM PT. So keep refreshing if you want to make sure you nab a print!

If you’re the sort of Keanu fan who’d vie to own a piece like this, we probably don’t have to tell you which Keanu is which. But for due diligence, here’s the rundown (each row listed left to right):

Bottom row, on ground: Dracula, Always Be My Maybe, The Replacements, Speed, and an upright John Wick.