As we move ever closer to Jurassic World: Fallen Kingdom, we’re getting further inundated with fantastic Jeff Goldblum content! We’re always happy to see as much of Goldblum as humanly possible, which is why were super excited to share this exclusive PSA from Alamo Drafthouse, starring none other than the man who brought Ian Malcolm to life himself, plus a Velociraptor called Sheila! Not only can you watch this fantastic creation right now, but from 7 am PT / 9 am CT / 10 am ET you’ll also be able to purchase your tickets to watch the latest entry in the Jurassic Park series at Alamo theaters franchise right here!

[brightcove video_id=”5791095645001″ brightcove_account_id=”3653334524001″ brightcove_player_id=”rJs2ZD8x”]Just like John Hammond himself, they’ve spared no expense, and if watching Jeff Goldblum—who is a famed business consultant, don’t ya know–scold people about using their phones in theaters is your kink (and whose isn’t it?) then they’ve given you a great gift. 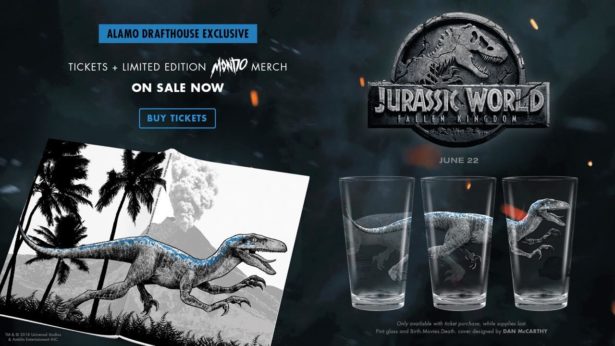 That’s not all the dinosaur-centric goodies that Alamo has in store, though, as they also have limited edition Mondo Jurassic World glass, and a special edition copy of Birth.Movies.Death magazine, which you’ll be able to add onto your ticket purchase. If you’re planning to head to the Alamo for your Jurassic World fix, you’ll also be able to grab some food from their themed menu. 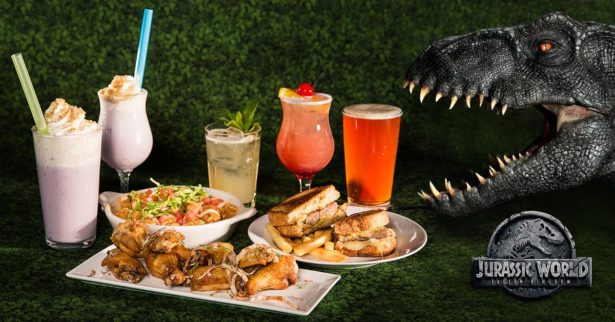 Are you excited to see Jeff Goldblum return to Isla Nublar in all his gorgeous glory? Happy that someone is finally righting the wrongs of movie theater texting? Just want a velociraptor of your own? Let us know below!