Play Tons of Retro Games on These Modern Arcade Tables

Playing games with your friends is bigger than it’s ever been, but along the way, something truly important was lost. Now, you have to video chat if you want to see their pouty little faces every time you mercilessly defeat them. Couch co-op and couch vs games have been fading for a while now, but there’s a way to bring them back: head-to-head arcade tables.

Each table contains a set of a bunch of retro games, with the title game featured on the side panels. The Marvel vs Capcom table comes with eight games total. Chief among them is Marvel vs Capcom, the legendary arcade game pitting Marvel characters like Wolverine against Capcom staples like Megaman. With this table, you’ll also get other awesome Marvel and Capcom titles including X-Men: Children of the Atom™, Marvel Super Heroes vs Street Fighter™, X-Men: Mutant Apocalypse™, and four more.

Or you can test your might with the Mortal Kombat™ Table. The game became popular in part because parents hated it, this table features the first three Mortal Kombat titles, plus some more classic arcade action games. Rampage™, Gauntlet™, and Sinistar™ are just a few among them. The design of each table also makes this the perfect buddy gaming system. The clear cover top protects from spills, and you don’t need quarters to play. There’s some assembly required, but that’s just another chance for you and a buddy to compete to see who the real champion is.

Pac-Man™might be the quintessential arcade game. Eating your way through a maze of fruit and ghouls is an iconic adventure without parallel. And you can play it with a friend on this machine that’s three-quarters the scale of traditional arcade machines. Like the other cabinets, you don’t just get one game, since Inky, Blinky, Clyde, and Pinky do deserve the company. You’ll also get classics like Galaga™, Dig Dug™, New Rally-X™, and Super Pac-Man™. 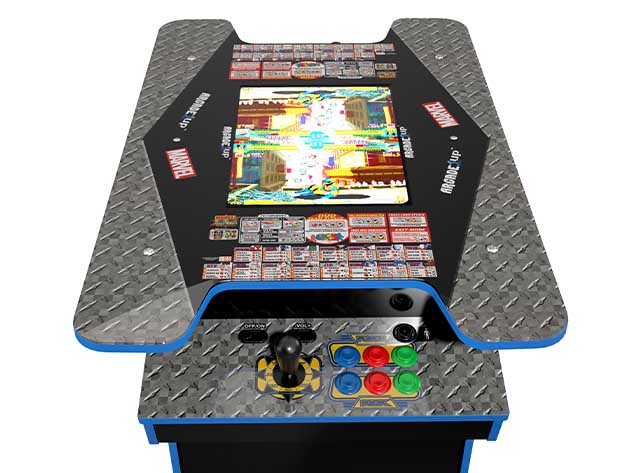 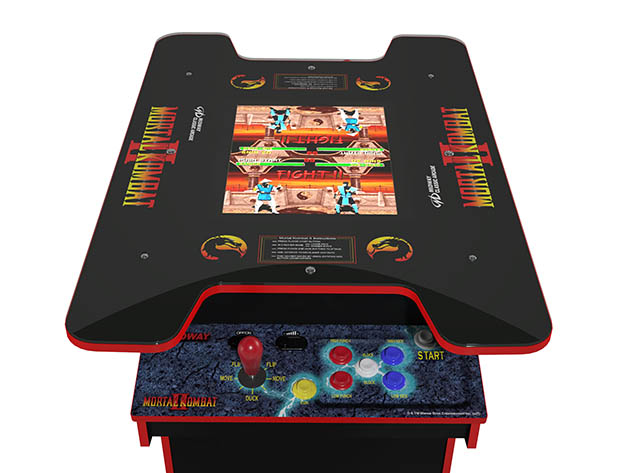