Hamilton: Geeks Need to Be A Part of The Phenomenon - Nerdist

Hamilton: Geeks Need to Be A Part of The Phenomenon

Odds are, you’ve heard about Hamilton on your newsfeed, from a friend, or  because of their energizing performance at the Grammys. If you haven’t taken the time yet to discover this record-breaking/genre-changing musical for yourself, let me assure you that Hamilton has something for you. After all, it’s not often you find a show that combines history, rap, romance, hip-hop, and politics. 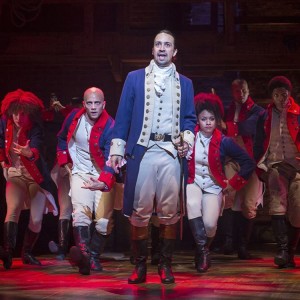 Hamilton is a story about passion. These are not characters from a dusty old textbook, but rather flesh and blood personalities who loved, lost, fought, hungered, and made many mistakes.

The brainchild of writer and star Lin-Manuel Miranda, Hamilton was inspired by a biography of Alexander Hamilton written by Ron Chernow. Miranda imagined that if Hamilton lived today, he would speak in the language of hip-hop. Founding father, orphan, immigrant, ladies-man, and tragic hero; Hamilton was a man who did not believe in wasting time and who fought every moment of his life to make a difference and to make a name for himself.

This play is important because in this time of political malaise, Hamilton reminds us that we can all make a difference and that the important things in life are truly worth fighting for. It’s been attended by many a political and Hollywood celebrity; including President Obama and J.J. Abrams who hired Miranda to write a song for The Force Awakens after seeing the play. 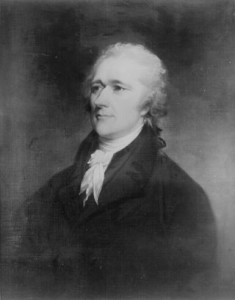 How To Experience Hamilton for Yourself

Songs to Get You Hooked

Arguably the album’s most popular song, we are introduced to the beginnings of the American revolution, Hamilton’s quest to rise beyond his poor roots, and new friend Aaron Burr’s cautious nature. Get inspired by Hamilton’s rap about being, “just like my country, I’m young, scrappy, and hungry and I’m not throwing away my shot.”

Broadway superstar Jonathan Groff plays King George and gives a simple message to the upstart colonists. This catchy diddy paints the King as an abusive boyfriend who sings that, “when push comes to shove, I will send a fully armed battalion to remind you of my love.”

Hamilton explores many a historical figure, none of which is more complicated than that of Hamilton’s friend, rival, and eventual killer Aaron Burr. This ballad is our first real introduction to Burr and we truly sympathize with his struggles over being in love with a married woman and seeing the brash Hamilton rise to power despite his refusal to play by the rules. Burr sings passionately sings that, “love doesn’t discriminate between the sinners and the saints.”

Track #19: History Has Its Eyes on You

No figure in Hamilton looms as large as the towering figure that is George Washington. In this poignant piece, the General brings the audience to tears over the tremendous weight that he feels being in charge of this revolution. He knows that he has “no control who lives, who dies, who tells your story.”

This signature rap battle pits Hamilton against Thomas Jefferson over a plan to establish a national bank. This may sound like a boring topic, but this spirited argument between two political giants is anything but. Southerner Jefferson raps that, “when Britain taxed our tea, we got frisky. Imagine what’ll happen what gonna happen when you try and tax our whiskey.”

Have you gotten a chance to discover Hamilton yet? What’s your favorite track?

Roll a Perfect D20 at the Gym by Fighting These Big Boss Mon...

DIY: How to Make Your Own Geeky Tree Skirt

Spooky Fashions for Halloween and Beyond

DIY: How To Make Your Own Geeky Necklaces From Keychains