Gaming with kids can be super fun. Everything seems new to them and they love being able to engage with adults. Kids’ games, on the other hand, can be absolutely, detestably boring. So if you’re looking for a game to play with your kid (or cousin or niece), don’t rely on mass-market standbys that make you want to scratch your eyes out. There is a better way. 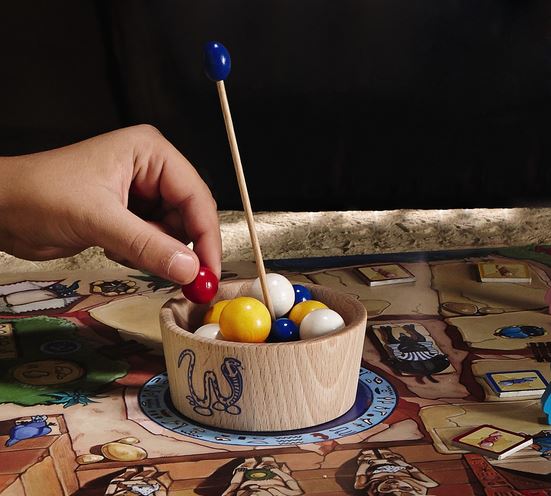 For young kids, one of the most enjoyable titles is Gulo Gulo (the taxonomical name for the wolverine). It accommodates up to six players and the premise is simple. There are colored tiles that get set out in a random path. If you want to go to a particular tile, you simply take an egg of that color. The eggs, however, are of different sizes and contained in a bowl that contains a top-heavy stick kept upright by the weight of the eggs. If you take an egg and the stick falls over, you go backwards to the matching color. Whoever gets to the end and grabs the coveted purple egg first wins.

Gulo Gulo is simple to understand. And, even though the box says it’s for ages 5+, it can be played with any child who has some fine motor control and knows their colors. My son has played it since he was two and a half. As eggs are removed, there is less weight keeping the stick up. So the rising tension of the game is actually pretty fun. And, because the eggs are so small, children and their little fingers have an advantage over big-handed adults.

The original can be hard to find. But it has been reprinted as Pharaoh’s Gulo Gulo. The new version includes some advanced rules to use as kids get older, but can still be played essentially as the original. 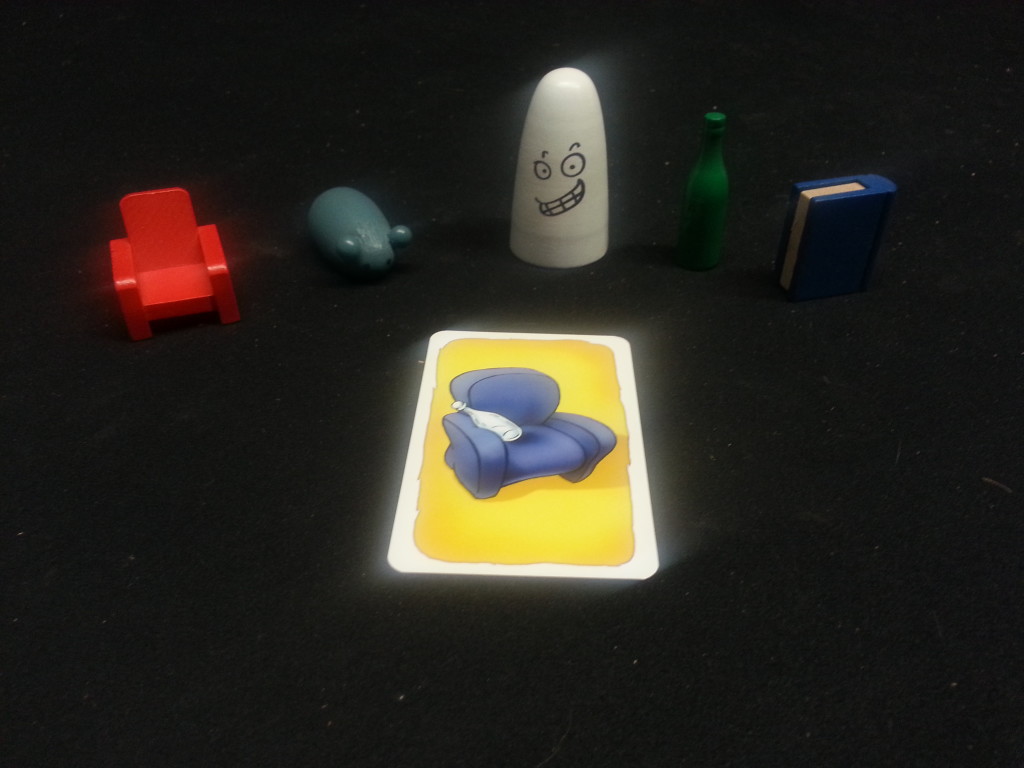 Another great title for the younger crowd is Ghost Blitz. There are five physical models on the table: a gray mouse, blue book, green bottle, white ghost, and red chair. Then a card is flipped which shows two of those five things in two of those five colors. If one of the items is correct (say it shows a green mouse and a red chair), then you grab the correct one. First one to grab it gets the point. If neither is represented (the card shows a white bottle and a blue chair), then you grab the item and color not depicted. So in the example, the correct grab is the gray mouse.

For young kids, if you give them a 1 or 2 second head start, you can play pretty competitively. Plus, Ghost Blitz does a great job of teaching negation. When one of the cards where everything is wrong comes up, the child has to go through the steps. Can’t pick white or bottle; can’t pick blue or chair. What’s left? And you’ll find yourself excited by the mental gymnastics as well. 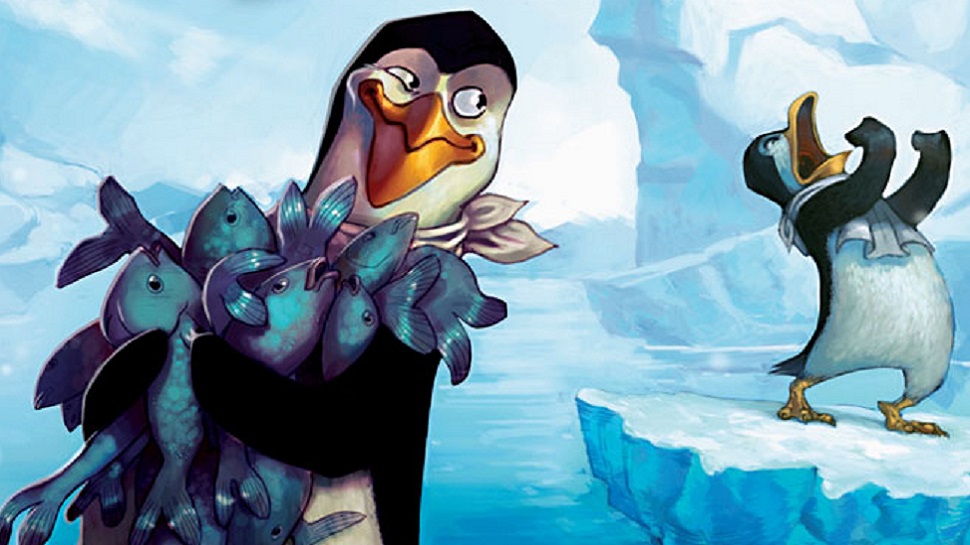 But, maybe you’re looking for something for someone a little older. Time to delve into strategy games. And the best provide an accessible experience without a litany of rules or cards that might be tricky to read.

Hey, That’s My Fish is a favorite and allows up to four to play. The board is set up randomly as a series of tiles. Each tile has one to three fish on it. Players then place their penguins on the board. On a turn, a player can move one of her penguins as far as she wants in a straight line, but can’t go through other penguins or empty spots. When the penguin moves, the player keeps the tile it started on. At game end (when no more penguins can move), players count the fish on their tiles and whoever has the most wins.

Despite the simple rules, there is a ton of strategy to think about. While grabbing tiles with more fish on them is important, positioning can be more so. A good player might move a penguin to block off an opponent. This can be especially effective if it also prevents the opponent from moving, essentially killing his penguin. Older kids can really get into the strategy of it and you’ll see some feisty competition.

Speaking of which, another title you can play with kids is Tsuro which isn’t a “kid’s game.” In fact, I’ve played it mostly with other adults. But it is simple to understand, requires no reading, and the basic strategy is intuitive.

You get a hand of three tiles, each of which shows crisscrossing or turning paths on each side. You simply pick one to put into play in front of your piece. Your piece then moves on whatever path is in front of it. But if the path takes you off the board or into a collision course with another player, you’re out. The winner is the last one standing.

Even though it can accommodate eight, it tends to be very brief – usually less than ten minutes. Plus, the rule requires that you play the tile in front of your piece, which allows players to focus on themselves more than their opponents. But, if an opponent gets too close, the tile you play may cause both of you to move. And then you can be sure to place a tile that sends them careening off the board. Despite the simple rules, Tsuro is all about thinking strategically and for the long term.

What are your go-to board games for gaming with children? Let us know in the comment section below.