Before I delve into the second silliest thing I’ve ever written for Geek & Sundry, allow me to be perfectly clear about one thing: Ecto Cooler’s return is a RUMOR. It is not definite as of this publication. Coca-Cola has renewed the trademark on its name. Could it return to shelves when the new feature film drops? Maybe.

He-Man’s sister Princess Adora had her own cartoon series in the mid ’80s that I remember quite fondly. My parents got me the Crystal Castle for my birthday one year, and it was the best birthday present in the history of birthday presents. Anyway, She-Ra was a hero to young girls everywhere. Recently, I discovered that the whole series was on Netflix. And wow it was…just…terrible. Like original Thundercats terrible. For such a mighty role, The Princess of Power deserves a second chance. Here’s how: 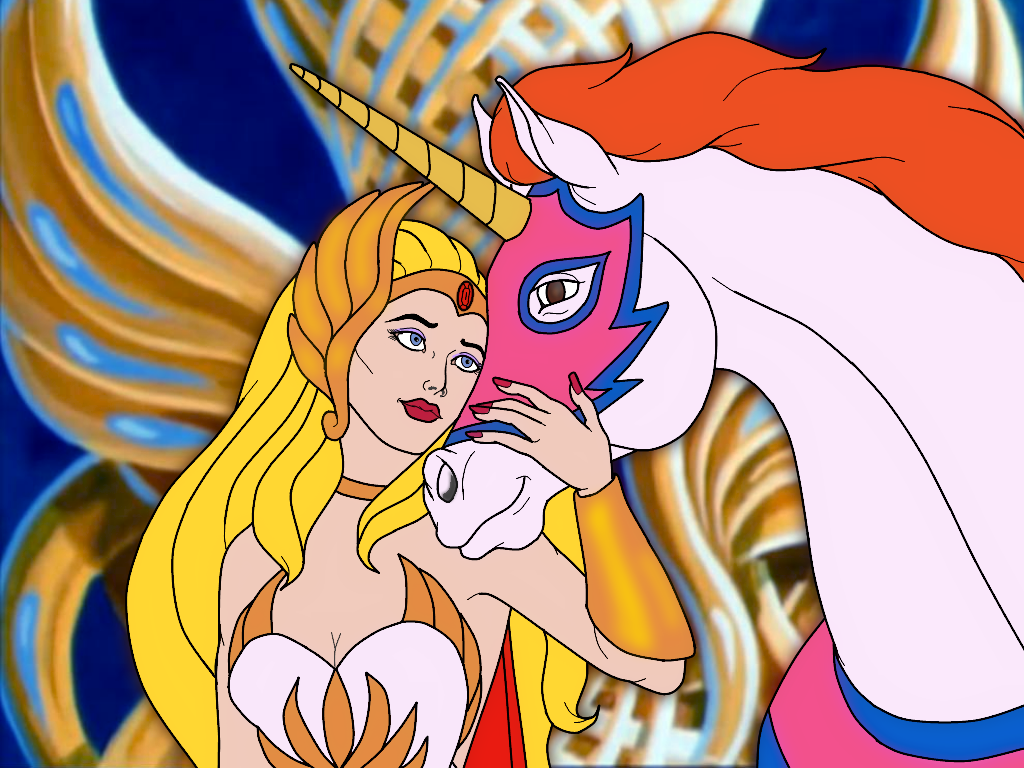 She-Ra’s story needs to be told with the reverence and respect it deserves — in a live action Hollywood blockbuster. Adora was kidnapped as a baby and raised by the Evil Horde to be a viscous commander. Her twin brother Adam, a.k.a. He-Man, tracks her down and gives her the Sword of Protection. The sword breaks the spell controlling her mind and she leaves the Horde to join the Rebels. Now Adora must fulfill her destiny to lead the good people of Etheria to war. There are massive battles and tons of ass-kicking. Maybe Scarlett Johansson as Adora. There is old school cartoon and modern live action merch everywhere. T-shirts, dolls, car seats, cell phone covers, dresses, and anything else the studios can think of to make a buck.

My pink and blue Pogo Ball was the second best present I ever received as a child. The toy was a sturdy plastic disk that squeezed a rubber ball. You would stand on the disk, squeeze your feet together, jump up, then bounce on the ball. It was simple, fun and so very ’80s that it went bye-bye in a few years. So how could be make the Pogo Ball cool again?

The hottest exercise craze meets the newest form of environmentally friendly transportation in PO-GO! Who cares of it’s made of plastic and not actually biodegradable? You’ll burn one million calories per hour and not look stupid in the slightest. Want it to be more geek-friendly? Strike a deal with Disney and suddenly there’s a BB-8 pogo ball and an Olaf pogo ball and an Incredible Hulk pogo ball. The possibilities are endless.

Slap bracelets weren’t just for masochists. They were the height of accessory fashion in the late 1980s. The bracelets were simply designed with steel spring bands, silicone, and various colored fabric. It wasn’t the look that was so hot, but the fun of smacking your wrist (or your friends’ wrists) as hard as you could and watching the band curl itself. How would we want slap bracelets to return in the 21st century? 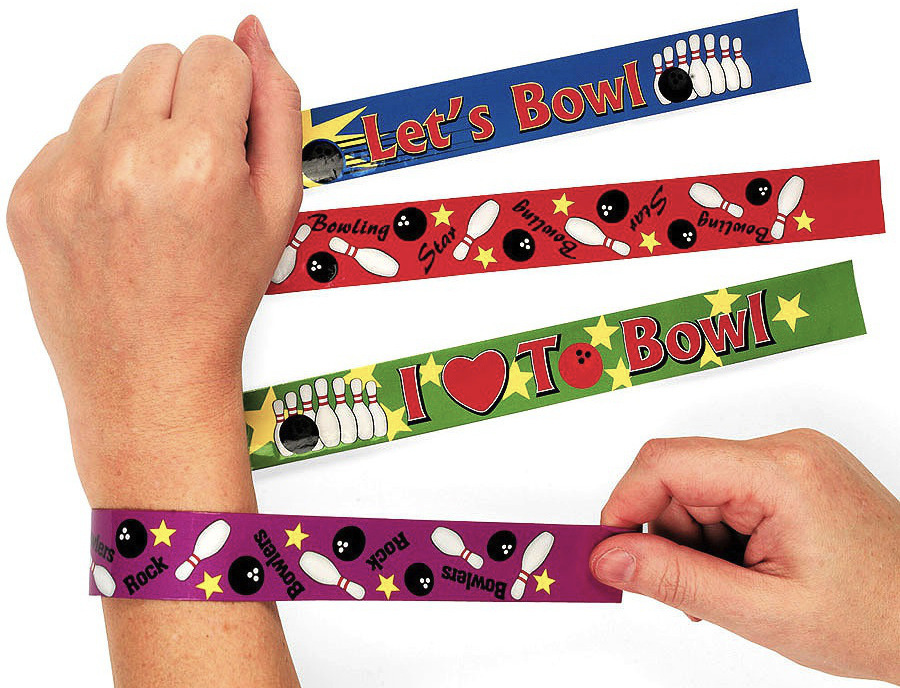 For one, they’d be branded with every geek symbol under the sun that retailers could license. Then, they’d have inspirational messaging like “Hope” and “Love” and “You Are The Batman.” Of course, why stop with just the visual? We love portable tech, so how about a slap bracelet that works like phone watches? Send text messages, check the weather, monitor your calorie output. Is “Slap Bit” a thing? Can we make it a thing? Of course, there also needs to be an app for people who can’t afford Slap Bracelet technology. The app would make the curling and slapping sound as your flick your phone downward. I call it the “Slapp.” (Disclaimer: Courtney Kraft, Geek & Sundry, and Legendary Pictures are not liable for any broken phones you accidentally fling to the ground.)

You weren’t cool unless you owned a Koosh ball. Fortunately, they were cheap. Mine was purple. They were little balls with thousands of rubber fringe strands. They didn’t really…do anything. You just tossed them around. Or you petted them because they felt cool. So then how could this useless thing make a comeback in a world that demands purpose? 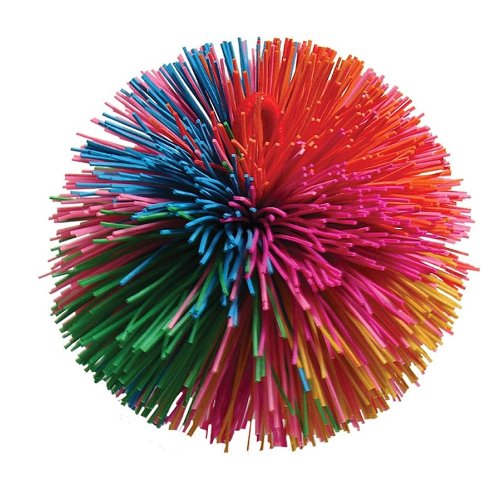 Take the concept of the Koosh and turn it into jewelry and clothing: earrings, necklaces, graphic t-shirts. It would start as an Etsy trend. Then it would appear in an episode of Project Runway where all the designers have to make something out of Koosh balls. Kim and Kayne can name their next baby “Koosh.” Louis Vuitton can release a Koosh purse. “Louis Vuitton Koosh” has a nice ring to it. It’s a Kooshbag. Wait…maybe not.


Small Wonder was a sitcom about robotics engineer Ted Lawson who creates an android girl named V.I.C.I. (Voice Input Child Identicant). Ted decides to keep “Vickie” to see how she can grow and adapt in a family environment. Her identity as an android must remain secret because…reasons. She speaks in a monotone voice, has super strength, and usually interprets commands quite literally. It was an adorable series that probably wouldn’t hold up today. Unless… V.I.C.I. – A Netflix Original Series: V.I.C.I. (Summer Glau) is back, and she’s all grown up. A fully matured robot girl is now the government’s greatest weapon. Vickie is the CIA’s perfect assassin. Emotionless, strong, and immortal. Jamie Lawson, her brother, discovers that his long-lost kidnapped sister has been turned into a killing machine. He captures his sister and tries to restore what little humanity their father instilled in her as a child. But having Vickie back makes Jamie the CIA’s number one target.

What things from the 80s would you like to see come back into fashion? How do you think it would happen? Let us know in the comment section below.