Join Game the Game host Becca Scott as she shows us how to play new amazing tabletop games here on Geek & Sundry!

This week, Becca’s pulling out her spell book to battle it out in Black Rose Wars. This game by Ludus Magnus Studio fully funded in 10 minutes and still has time to go. If you want to get in on the cool exclusives, head on over and pledge.  You play an aspiring mage, fighting their way to becoming the next Master of the Lodge. To do this, you need to complete missions, destroy rooms in the lodge, and defeat other mages. There are many paths to victory, the one you choose is up to you.

If you want to learn how to play, we’ve got you covered:

There are six schools of magic that can make up your spellbook, each with their own flavor. Each spell you gain has two different effects to adapt to the ever-changing game. Summon some infernal creatures to stand in the way of your opponents or just destroy the room they need before they can get there.

If you love beautifully put together games, this is for you. They’ve tested the components and gameplay over three years with many different playtesters. The minis in this game are to die for and scream to be painted up. All of the cardboard pieces are thick and will hold up to years of gaming. 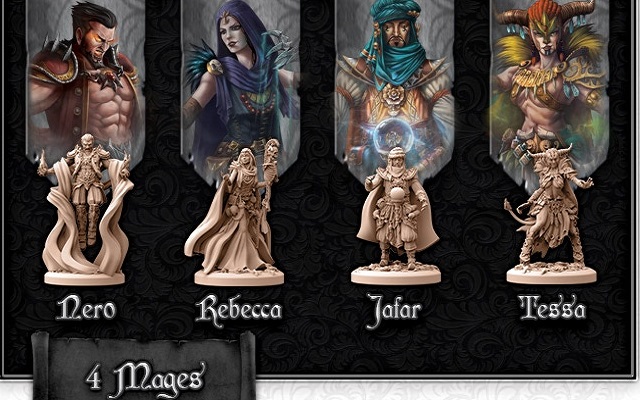 One of the nifty little things that they’ve included in the game is on the base of the summoned creatures. Once you’ve summoned a creature, you put Rose Pins in their base. The number of pins corresponds with which creature they are. If it’s your second, they get two pins. No bulky cubes to mess with, just a quick visual way to easily note which creature is which, especially if there are multiple of the same type on the board.

Casting spells is fairly straightforward. The cards tell you what type it is, what element it uses, and where it goes off. If you cast a spell that deals damage two rooms away, it is always in a straight line. No shooting around the corner. Some spells are also unstable and will do damage to the rooms themselves. Once a room’s instability is filled, it gets flipped and the person who did the most damage gets the action token for that room. 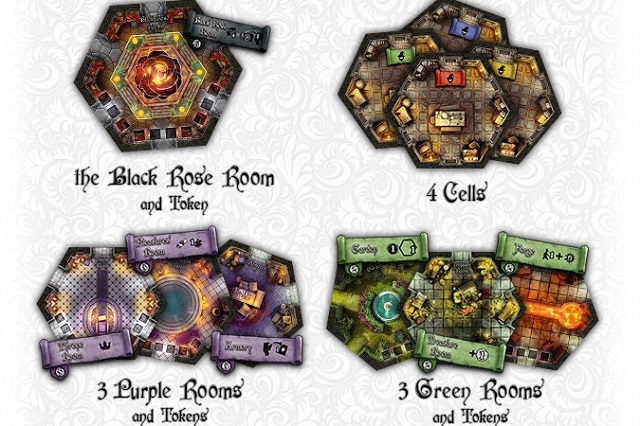 You’re not just competing against your fellow mages.  The Black Rose Order is also in play, ramping up the difficulty of the game as you play. They move up on the tracker based on the events that get pulled. Once they hit the next moon phase, the next batch of event and quest cards are put into play.

Don’t worry if you’re killed since you won’t end up sitting out and watching your friends play without you.  There is no player elimination in this game. You’ll simply respawn in your personal room and continue playing.

You can see the game in action in our Game the Game playthrough:


If you’re ready to get your spellcasting on, be sure to back the game on Kickstarter before the project ends on May 20th!