Bam! Pow! Who? A Who's Who of Roundtable Season 2 - Nerdist

Bam! Pow! Who? A Who’s Who of Roundtable Season 2

Some of comics’ best and brightest talents have joined together in the second season of Roundtable to discuss the world of comic books. Whether it’s a discussion about the characters that leap off the pages or a heart-to-heart about navigating an industry packed with history, these writers and artists are ready to lay it all out on the Roundtable.

If you’re not quite familiar with some of these comic book luminaries, here’s a cheat sheet introduction to the creators you’ll see on Roundtable this season. 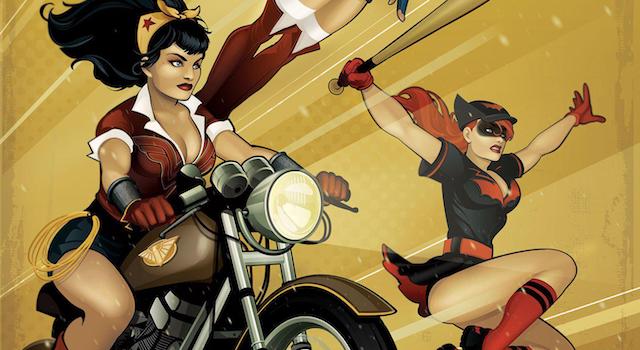 Ed Brubaker: Ed is a veteran comic book writer who may be best known for creating the character of The Winter Soldier. (He even has a cameo in Captain America: The Winter Soldier.) Ed has worked with both DC Comics and Marvel Comics on books including Batman, Detective Comics, Gotham Central, Daredevil, and Uncanny X-Men. He currently writes exclusively for Image Comics.

Cecil Castellucci: Cecil is the current writer for Shade, The Changing Girl, a unique book part of DC Comics’ Young Animal imprint. She also wrote The P.L.A.I.N. Janes for DC Comics. Cecil is also an accomplished novelist and musician. 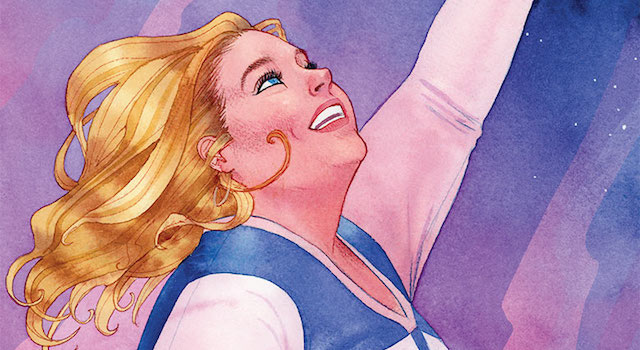 Jody Houser: Jody is the writer of the Eisner-nominated Faith for Valiant, DC Comics’ Young Animal book Mother Panic, and the comic adaptation of Rogue One for Marvel Comics. Jody is an occasional guest on The Wednesday Club and Eric’s TBD RPG here on Geek & Sundry.

Collin Kelly: Collin is the co-writer of several comic books, including Joyride and Hacktivist from Boom! Studios and Zojaqan from Vault Comics. Collin also wrote issues of Grayson and Batman & Robin Eternal. He was also a guest on The Pull with Hector Navarro.

Jackson Lanzing: Jackson is a frequent collaborator with Collin Kelly, co-writing books like Joyride, Hacktivist, Grayson, and Zojaqan. Jackson also stopped by The Pull to chat with Hector, and he is the Game Master for Geek & Sundry’s VAST.

Scott McCloud: Scott is a writer and cartoonist whose book Understanding Comics is considered to be one of the best books available about the medium. His follow-up books, Reinventing Comics and Making Comics, are just as riveting. He also penned the comic book Zot! and was a writer on Superman: Adventures of the Man of Steel. 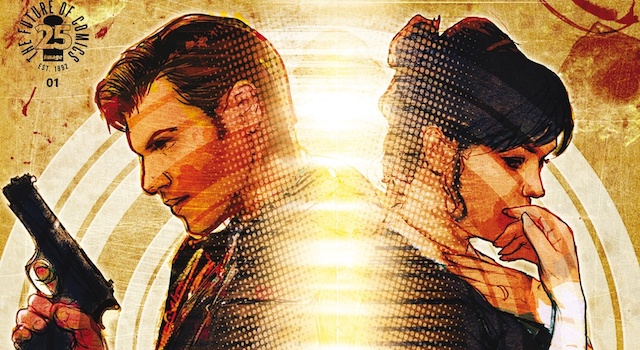 Gail Simone: Gail is known for her unforgettable runs on Batgirl, Birds of Prey, Wonder Woman, and Secret Six for DC Comics, and Deadpool for Marvel Comics. She also enjoyed a long run on Red Sonja for Dynamite Entertainment, and is currently writing the creator-owned book Crosswind from Image Comics. She loves being asked about Arrow, as she is an expert.

Geoff Thorne: Geoff is the writer for two Marvel Comics series featuring new characters, Mosaic and Solo. He’s also penned several Star Trek stories and a novel, and worked as a writer-producer on TV shows Leverage and The Librarians.

Spike Trotman: Spike is known for her long-running webcomic, Templar, Arizona, and founded her own independent publishing company in Chicago, Iron Circus Comics.

James Tynion IV: James is a prolific comic book writer known for his work on Batman Eternal, Detective Comics, Batwoman, and the Batman/Teenage Mutant Ninja Turtles crossover. He’s also the creator of The Backstagers and The Woods for Boom! Studios. 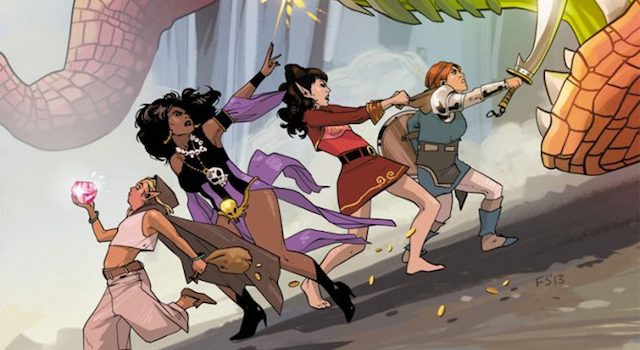 Kurtis Wiebe: Kurtis is the writer and co-creator of the fantasy comic Rat Queens for Image Comics. He also created and writes the sci-fi adventure Bounty for Dark Horse Comics.

Judd Winick: Judd is a writer and cartoonist who has worked on Green Lantern, Green Arrow, The Outsiders, and Batman, along with Countdown to Infinite Crisis. Recently he’s been writing and illustrating a series of children’s graphic novels, Hilo.

Marv Wolfman: Marv is a legend in the comic book industry. He began writing for DC Comics in 1968, where he would eventually co-create characters like Raven, Starfire, and Cyborg and pen the universe-changing Crisis on Infinite Earths. At Marvel Comics, he co-created Blade, Bullseye, Black Cat, and Spider-Woman (Jessica Drew).

Chip Zdarsky: Chip is a writer and artist who co-created the Eisner-winning series Sex Criminals with Matt Fraction. Chip has also written Howard the Duck and Star-Lord for Marvel and Jughead for Archie Comics. He’s currently the writer for Peter Parker: The Spectacular Spider-Man.

Tune in to Roundtable season 2, now on Alpha, to hear from these creators about the process of making comic books.