A Look Back at the Original Star Trek Tabletop RPGs - Nerdist

A Look Back at the Original Star Trek Tabletop RPGs

Licensed tabletop RPGs have been around nearly as long as the hobby. Fans can make their own rules to play in their favorite game worlds, of course. It’s built into the DNA of the hobby. Urban legends claim that Gygax and Arneson created Dungeons & Dragons to add in some Lord of the Rings to their medieval miniatures games or that Joss Whedon’s Firefly began decades earlier as a game of Traveller. Yet, there’s an allure of an official set of rules set directly in the universe of a book, TV show or movie. (Chances are, if it’s a popular game or TV show, there’s an RPG for it.)

It’s not surprising that Star Trek was one of the earliest official RPGs given its place in pop culture. What is surprising is the history of how it came to be a game, the influence it had, and the Mirror Universe-style game that spun off from it thanks to the fans who wanted a chance to run their own Star Trek adventures (not to be confused with Star Trek Adventures, the modern system published by Modiphius that Shield of Tomorrow uses.)

FASA Games published Star Trek: The Role-Playing Game in the 1980s, though it wasn’t the first official Star Trek game on the market. That was Star Trek: Adventures in the Final Frontier from Heritage Games. That game, however, was more of a D&D hack to support Heritage Games’ miniature line. The major competition in the market at the time was Star Fleet Battles from Task Force Games. Star Fleet Battles was an immensely popular space battle game set in a variant of the Star Trek universe. FASA’s game was licensed from the source at Paramount, while Star Fleet Battles came from the Star Trek Star Fleet Technical Manual, a book that started out as a fan project that eventually gained Gene Roddenberry’s blessing. Star Fleet Battles continues to this day, in a slightly different universe than mainline Star Trek thanks to a devoted fanbase and the natural fun of blowing up Klingons in space combat.

FASA is a name that pops up throughout the 80’s thanks to several game lines that it started, like Battletech and Shadowrun among others. It began as a third-party producer of Traveller supplements like deck plans and adventures. (The initials stand for “Fredonian Air and Space Administration”, a Marx Brothers reference from Jordan Weisman, the founder of the company) In 1982, FASA published Star Trek: The Role-Playing Game (and released a 2nd edition the following year). The game was naturally influenced by Traveller in that a character’s history was part of the character creation process. These tours of duty were affected by a character’s Luck Attribute, but they also determined the skills and abilities the character learned while in Starfleet. There’s also an element of pushing against time, as characters need to be careful to not take enough tours that they reach a critical age and start losing abilities. The career rolls at the end of Star Trek Adventures character creation are a nod to this element of the original game. 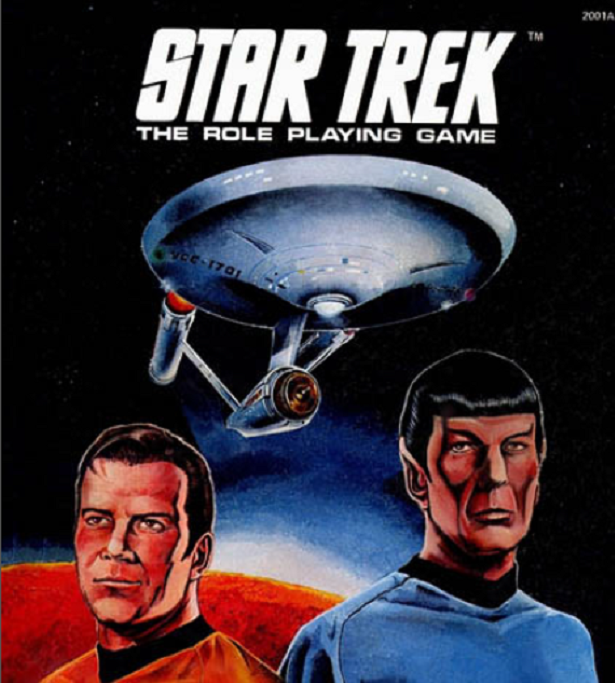 Star Trek: The Role-Playing Game shares one thing with the licensed RPG of the other big science-fiction franchise, Star Wars; both RPGs had a big influence on the property’s direction. FASA’s RPG used material from the original series, the films and even the animated series, but there were still plenty of holes to fill in the setting. FASA asked John M. Ford, one of the tie-in novel writers, to write the sourcebook on Klingons for the game. Much of the material has since been changed in later books and shows, but the original direction that Ford set out for the Klingons, along with the genetic experimentation that changes the look of the species in different time periods, remains part of the Klingon storyline to this day. 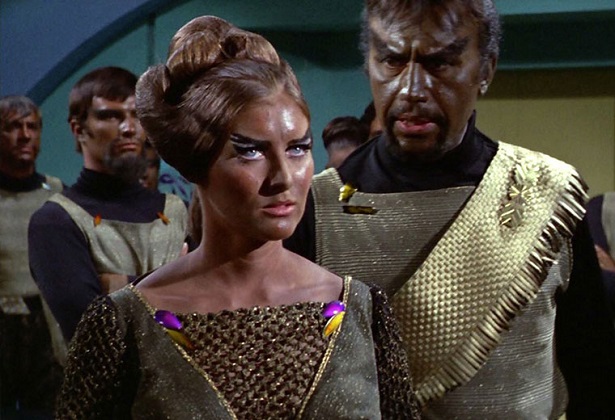 FASA published a lot of great material set during the time period of the original series and the films starring the original crew. It even put out a pair of sourcebooks at the beginning of Star Trek: The Next Generation, the Officer’s Manual and First Year Sourcebook. Unfortunately, Paramount wanted to be in the driver’s seat for determining what happened in the Star Trek universe and pulled FASA’s license in 1989.

Seeking out these out-of-print tomes at used bookshops and online can give Star Trek Adventures players and GMs a wealth of material to use with their own game. Even if you’re just a Trek fan, these books are a source of incredible universe lore.