In preparation for Square Enix to tap into the nostalgia economy of my soul, I’ve been replaying the original Final Fantasy 7. Our memories of the game naturally lose many details as time goes on. However, I vividly remember the first Knights of the Round summons or bawling my eyes out at character deaths. I’ll never forget Cloud going on a date with Barret.

Then there is the Golden Saucer. The mecca of minigames. Out of the hundred-plus hours I logged into the PlayStation save file, minigames made up a solid quarter of them. We don’t entirely know which minigames will make it into Remake or what new ones await us. Golden Saucer wasn’t inside of Midgar, so it is unlikely that some of these games will return in this edition but they still invoke those warm and fuzzy feelings. 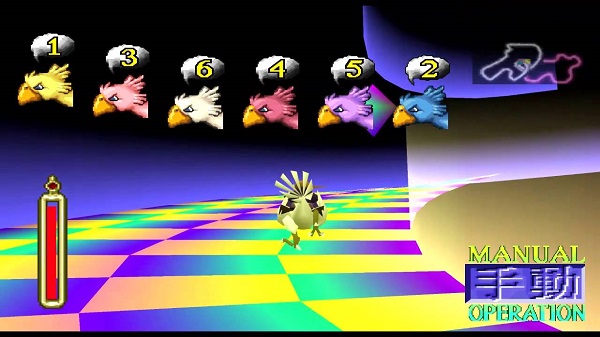 After leaving Corel Prison, Cloud enters the world of Chocobo racing and breeding. What follows is a quest to get giant chickens to breed different colors until one of them hatches gold. The Chocobo Square section was a fully formed game within the larger game. You could race your Chocobos on various courses for prizes. If you wanted to earn money, you could sip some materia cocktails and bet on the races. Lastly, you could breed your differently colored chickens and ride them around the world. If you were a racing master, you probably remember having to wait at the finish screen for your competitors to finish.

This minigame was first discovered in Icicle Inn where you could play it as part of the storyline. Later on in FF7 it opened up in the second disc of Golden Saucer. This game eventually went on to have its own stand-alone mobile phone game Final Fantasy VII: Snowboarding. The concept was simple enough—fly down the hill using X to jump and edge your board to increase speed while collecting balloons. It was strangely cathartic and hypnotic in actual play and encouraged you to beat your own times for killer prizes. 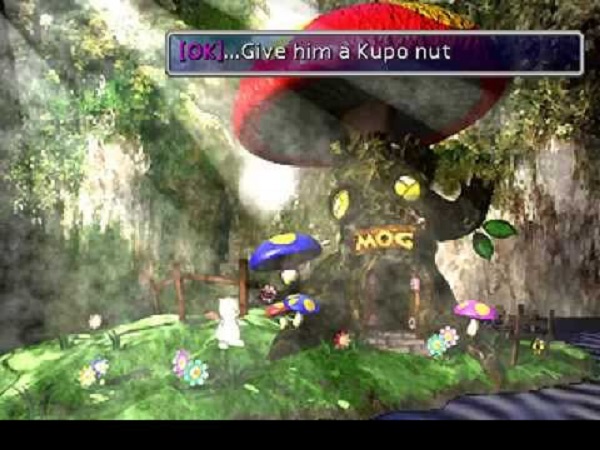 Attention any moogles in need of love. Mog House is a mushroom house where you get to play matchmaker for a creature named Mog. Mog is trying to impress female Mogs while learning to fly. Where you come in as a player is feeding him nuts. Feed him too many and he gets fat and falls down. Feed him just enough and he’s able to fly. Complete this little minigame and he’ll meet a female named Mag. You’ll take on the role of wingman to help the little chap fly once again. If you succeed, Mog and Mag hook up and have kids. That’s your reward for this task. 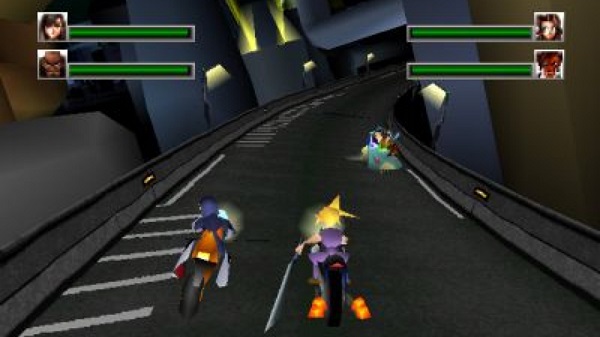 We are almost certainly going to see this game in Remake. G-Bike was the name of the game found in Wonder Square; it was based off your earlier race in Midgar. It’s a no holds barred motorcycle race through the streets while attacking people with your buster sword to win. The prizes in the minigame weren’t particularly good for farming, but the game itself was a lot of fun to play. When you unlock the ability to play this minigame, it served as a nostalgia check over just how far you’ve come already—and how huge the world really was.

We know squatting is back in Remake. In an effort to cross-dress Cloud, one of the most beloved mini-games and memes of FF7 was the squatting game. If you can beat the hulking bodybuilder, you’ll get his blonde wig. That will be important later in the story. In Crisis Core, Zach Fair continues the squatting tradition as a part of a healthy Soldier routine. No matter what minigames aren’t in the first part of Remake, the fact that squatting is back should put many fans at ease.

Rick Heinz is the author of The Seventh Age Series, Dread Adventures, and a storyteller with a focus on D&D For Kids, Wraith: The Oblivion, Ravnica, and an overdose of LARPs. You can follow the game or urban fantasy related thingies on Twitter or Facebook.